And they just kept coming closer....!

In Sierra de la Culebra on a September/October Watching for Wolves tour we spotted a family party of Wild Boar trotting along the firebreak. 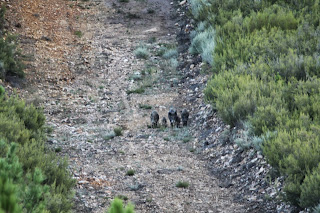 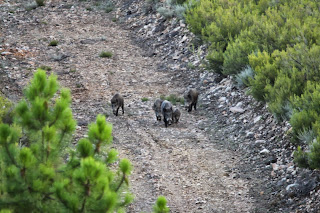 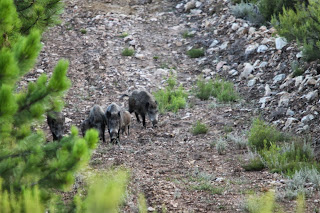 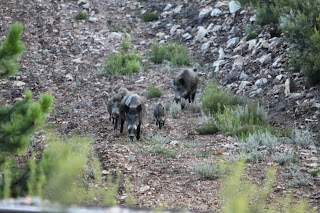 "They will definitely go into the wood now they've got to the end of the track!"

But, they just kept coming closer, 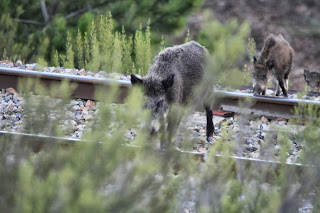 Crossing the railway line...10 minutes before the next train, 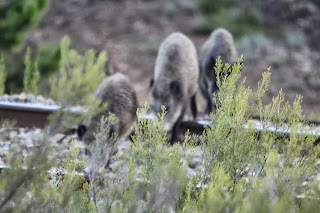 And into the bushes just 4 metres in front of us. 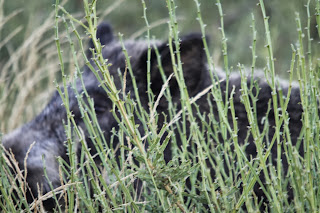 Too close for the camera!


Then up onto the track, within an arm's reach of where we were sitting silently, Trotting off with a snort of recognition, 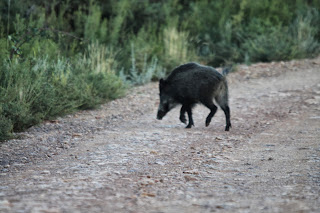 Unaware of the thrill they had given us . 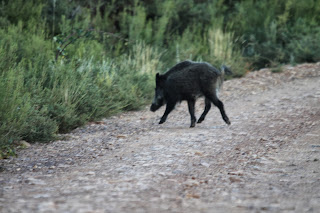 Photos by John on tour with Terry and Ros, who said at the beginning they would like to see Wild Boar!!! 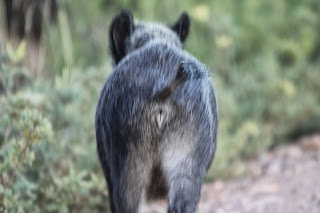 Posted by Wild Wolf Experience at 08:46