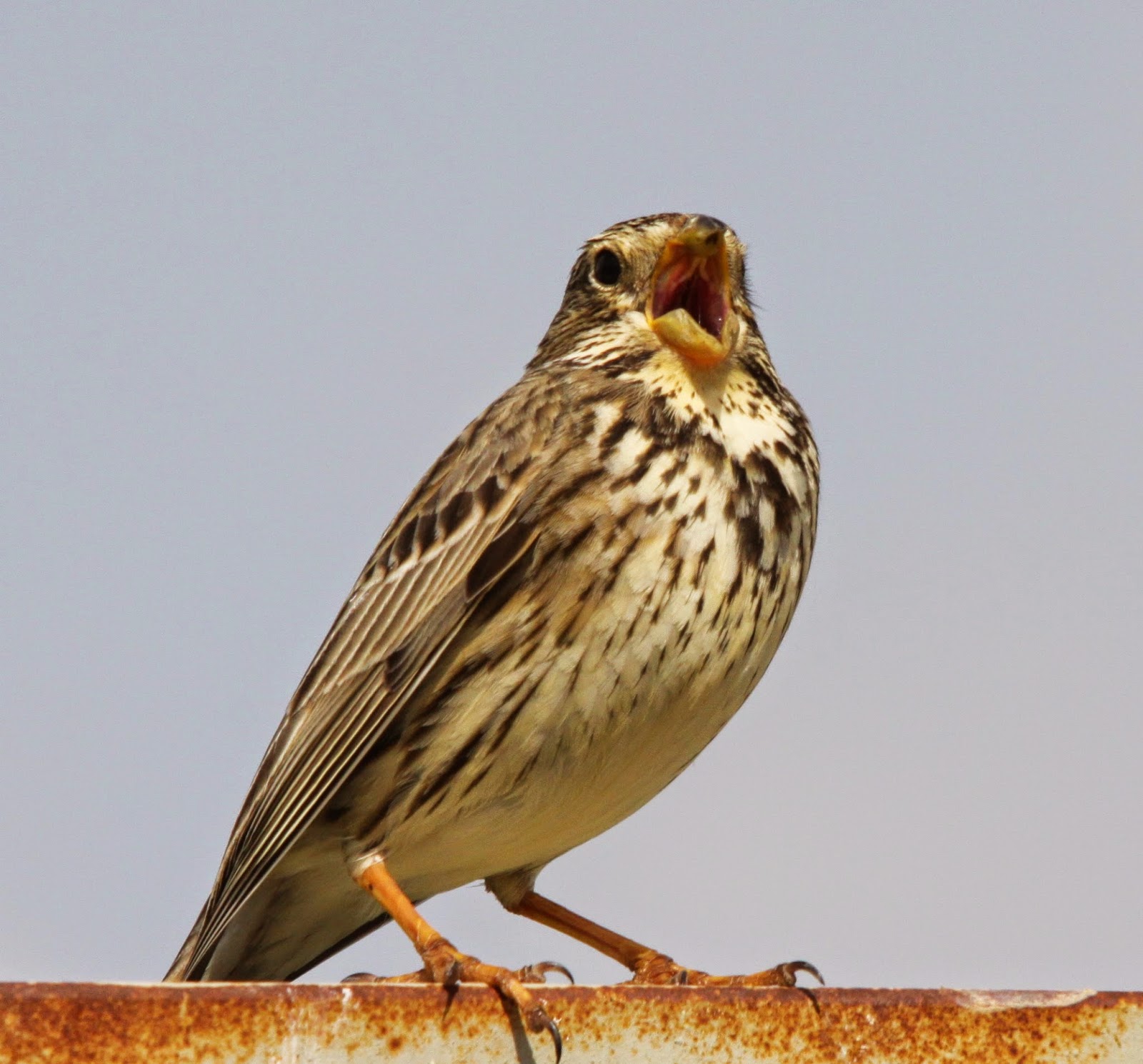 Our first tour this month began on 10th April at Asturias airport where Eddie, Tina, Ray and Megan enjoyed watching red kite,common buzzard and white stork pretty soon after leaving the terminal building en route to the Sierra de la Culebra. An early afternoon stroll around the village which was to be their base for the week gave us rock bunting, serin, bullfinch, cirl bunting, cuckoo, several blackcaps, crested tit, jay and black redstart with the evening wolf-watch producing fox, 2 roe deer, about 50 red deer and coal tit. 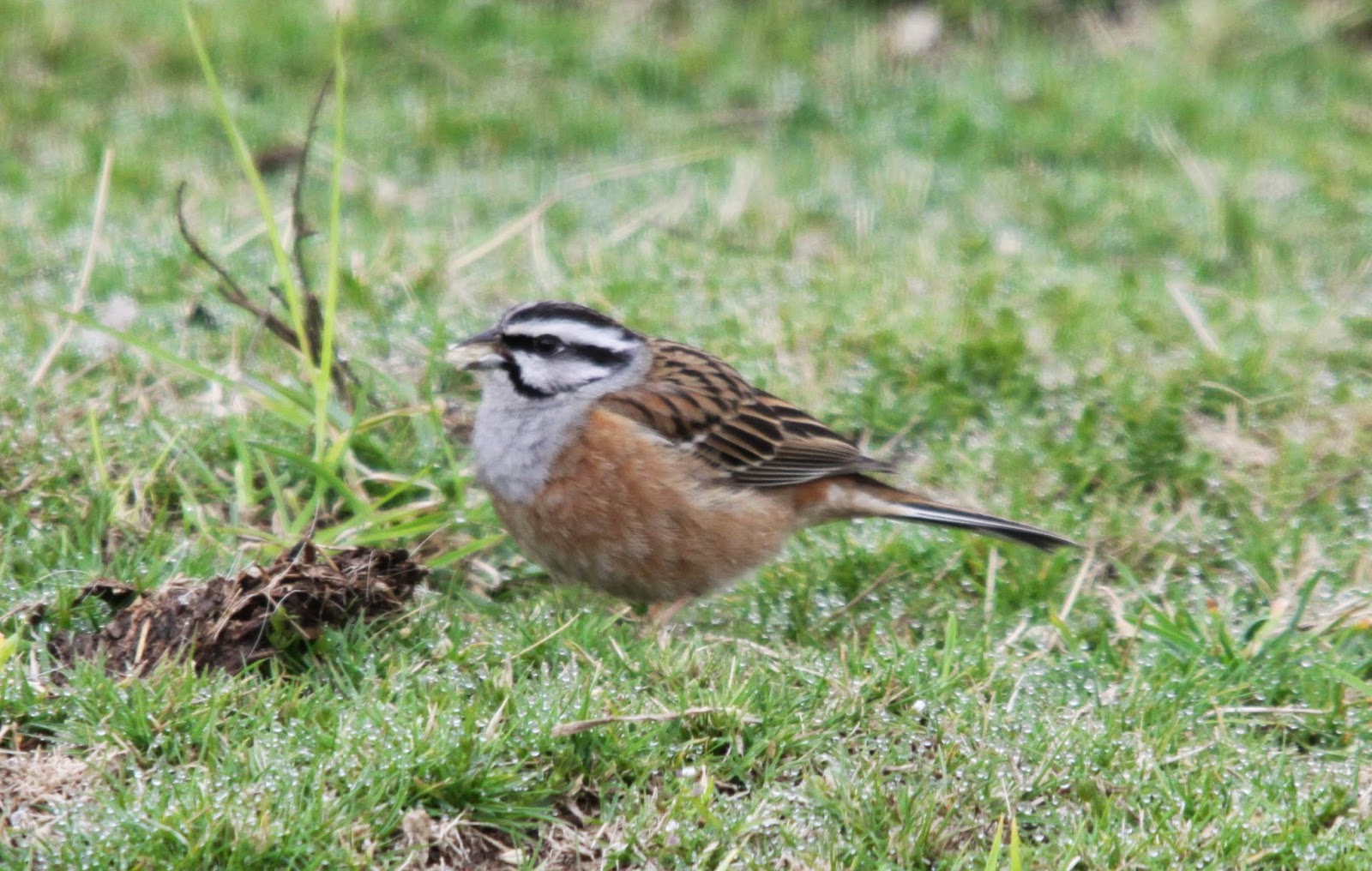 The first full day of tracking gave everyone good examples of wolf tracks and fresh scat and amongst many wonderful moments we were able to add firecrest, Montague's harrier, crossbill, dunnock,blue tit and nightingale to the bird list kept by Ray, plus an impressive sparrowhawk that evening- and all this within metres of the village! 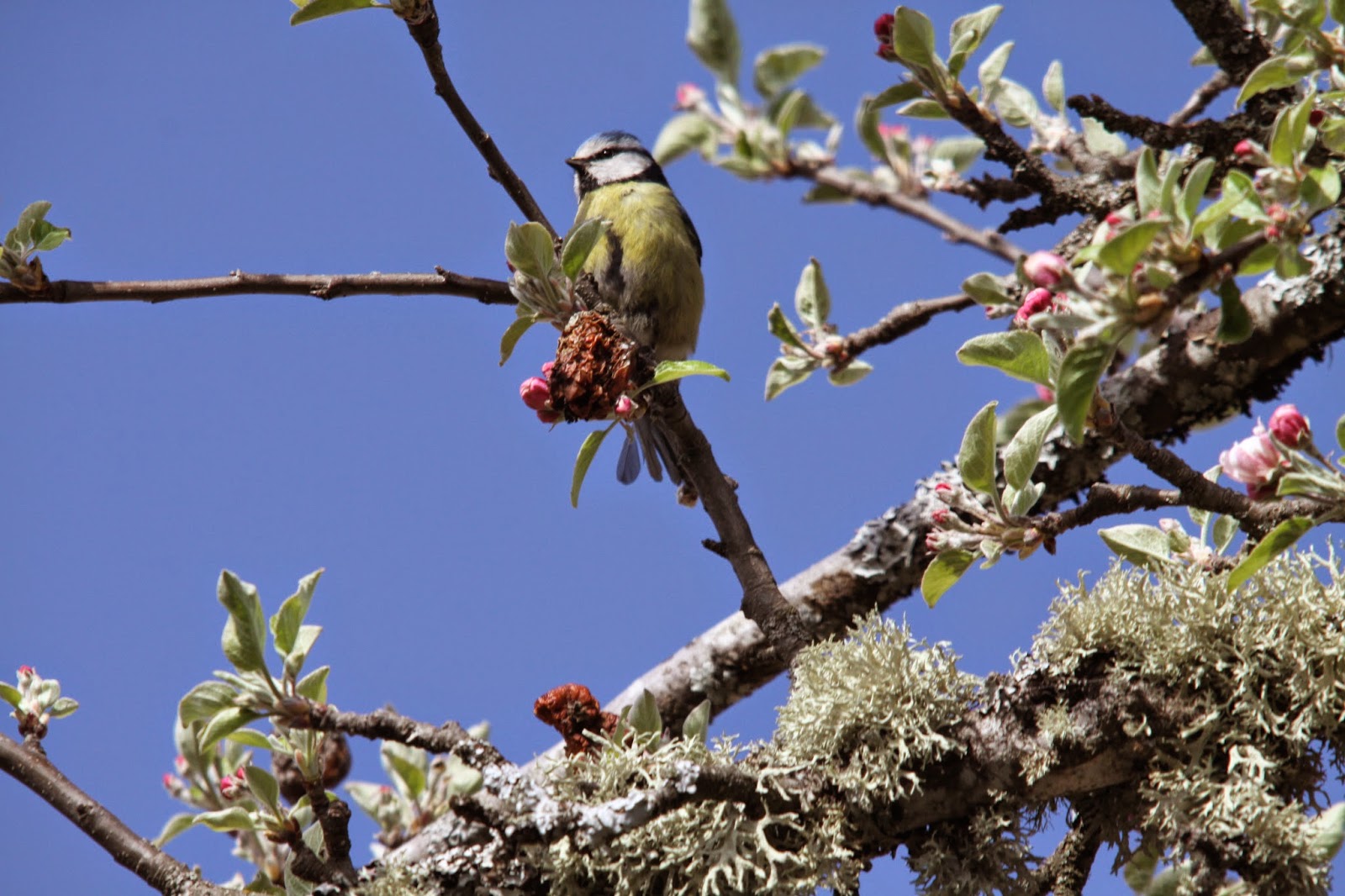 This is a fabulous month here in the Sierra de la Culebra as greater numbers and varieties of summer migrants arrive each day and our wolf -watches were punctuated with further fantastic avian sightings, such as short-toed eagle, subalpine warbler,hoopoe, goldcrest, tawny pipit, wheatear, little grebe and Bonelli's warbler plus a memorable sight of two hen harriers skydancing. 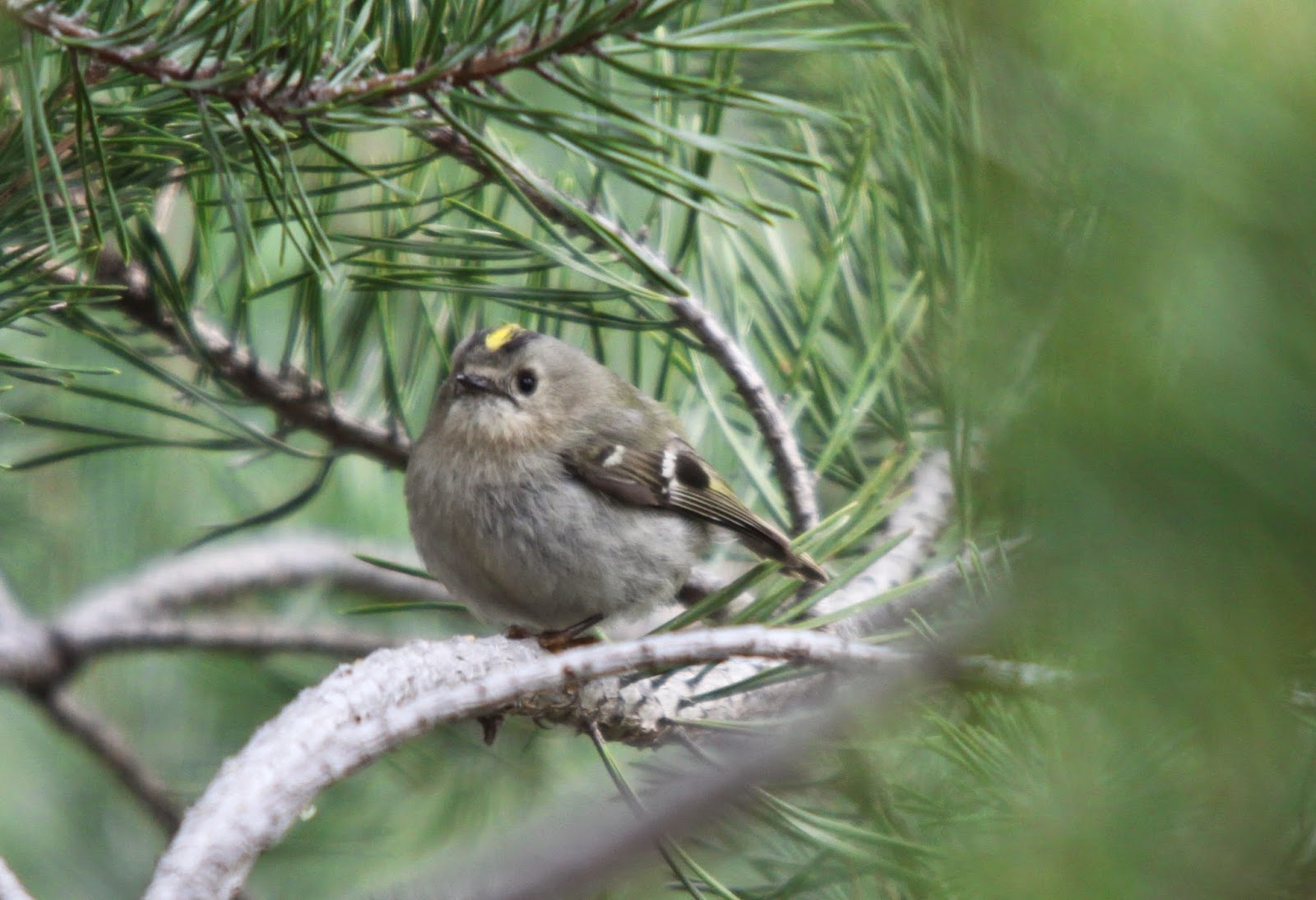 The appearance of Iberian wall lizard told us that the temperature must be warming up , although it certainly didn't feel like it at times during this first tour!

A plucky fire salamander was rescued from the road one morning.It always seems such bad luck when one of these wonderful little creatures becomes road kill, taking into account the lack of traffic using these roads and we were pleased to deposit this specimen at the verge unscathed. A grass snake seen crossing the road near Villardeciervos was moving more quickly and it was unharmed too.

However, an example of a traffic casualty has been sent to us by fellow wolf-watcher Ruben,who found this male wolf by the side of the road near Tabara. It was unmarked except for a little blood coming from its muzzle. Fortunately this is a very rare occurrence,but sad all the same.

As well as the time enjoyed in the wonderful old villages here, Eddie, Tina, Ray and Megan appreciated their visit to Villafafila, having first found time to watch the eagle owl with three chicks...


...well worth the effort spent.


Once at Villafafila, the main attraction was obviously the lekking of the great bustards and we were treated to the grand sight of about 500 of them! 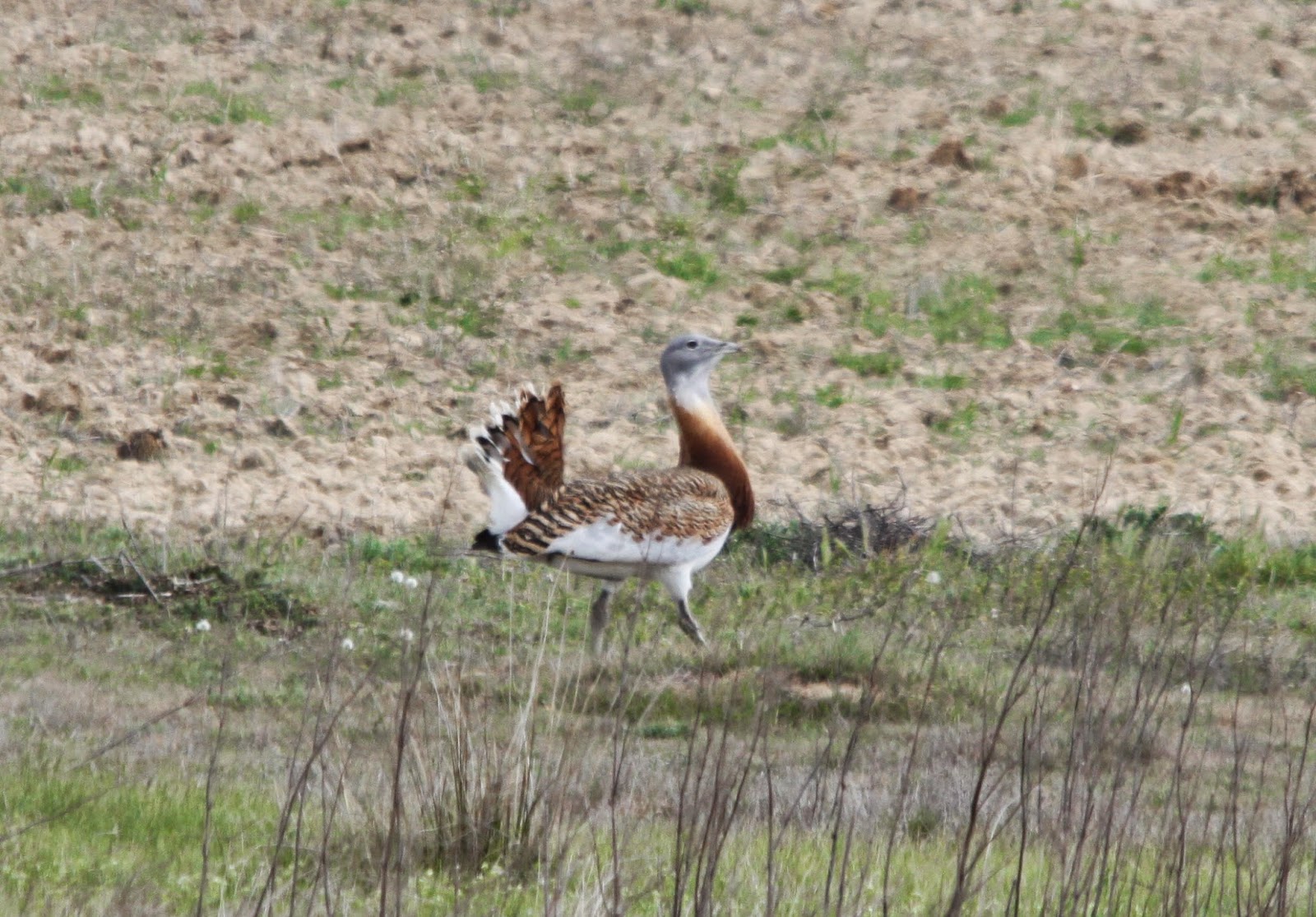 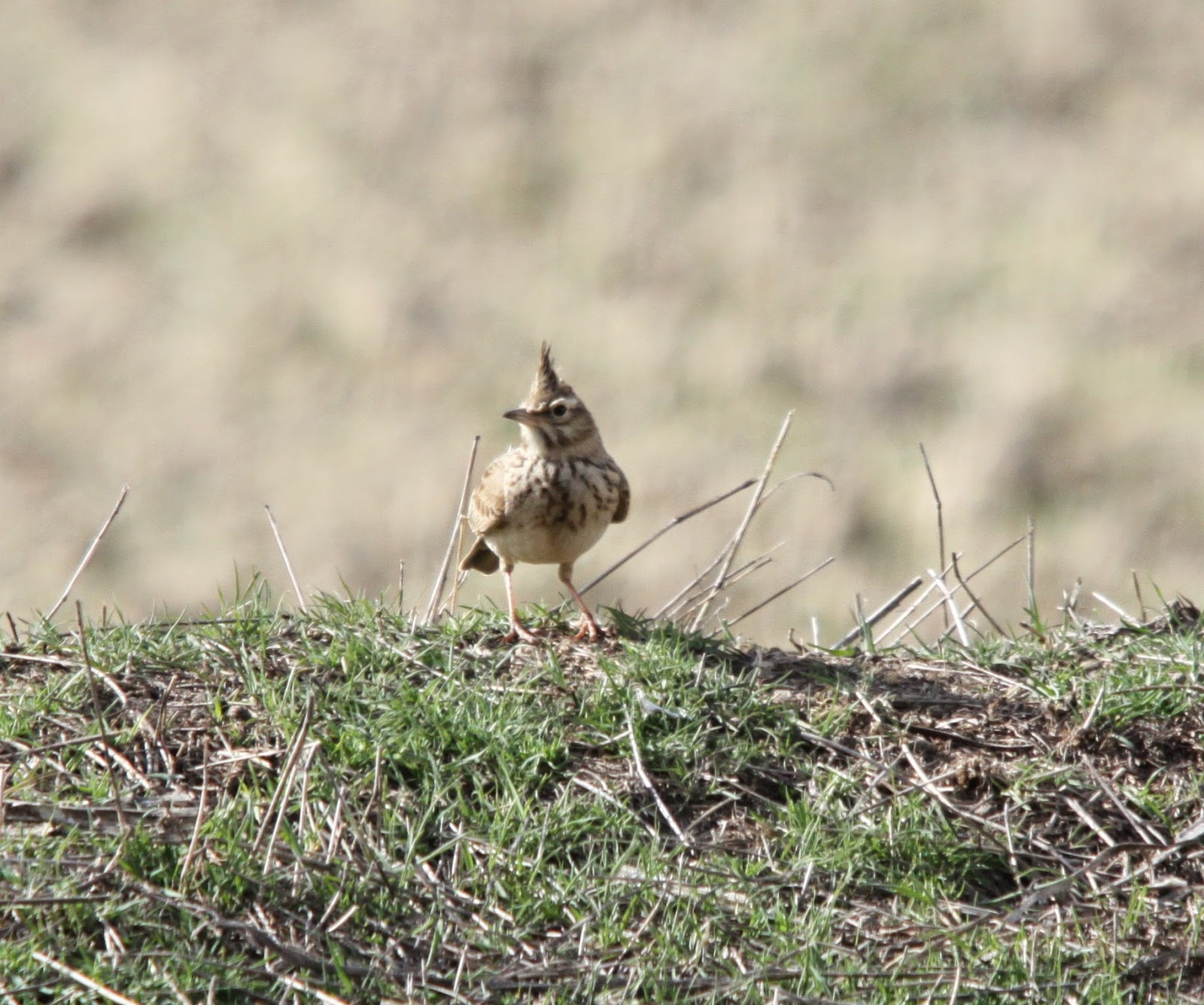 All these, plus a speedy Iberian hare to boot. 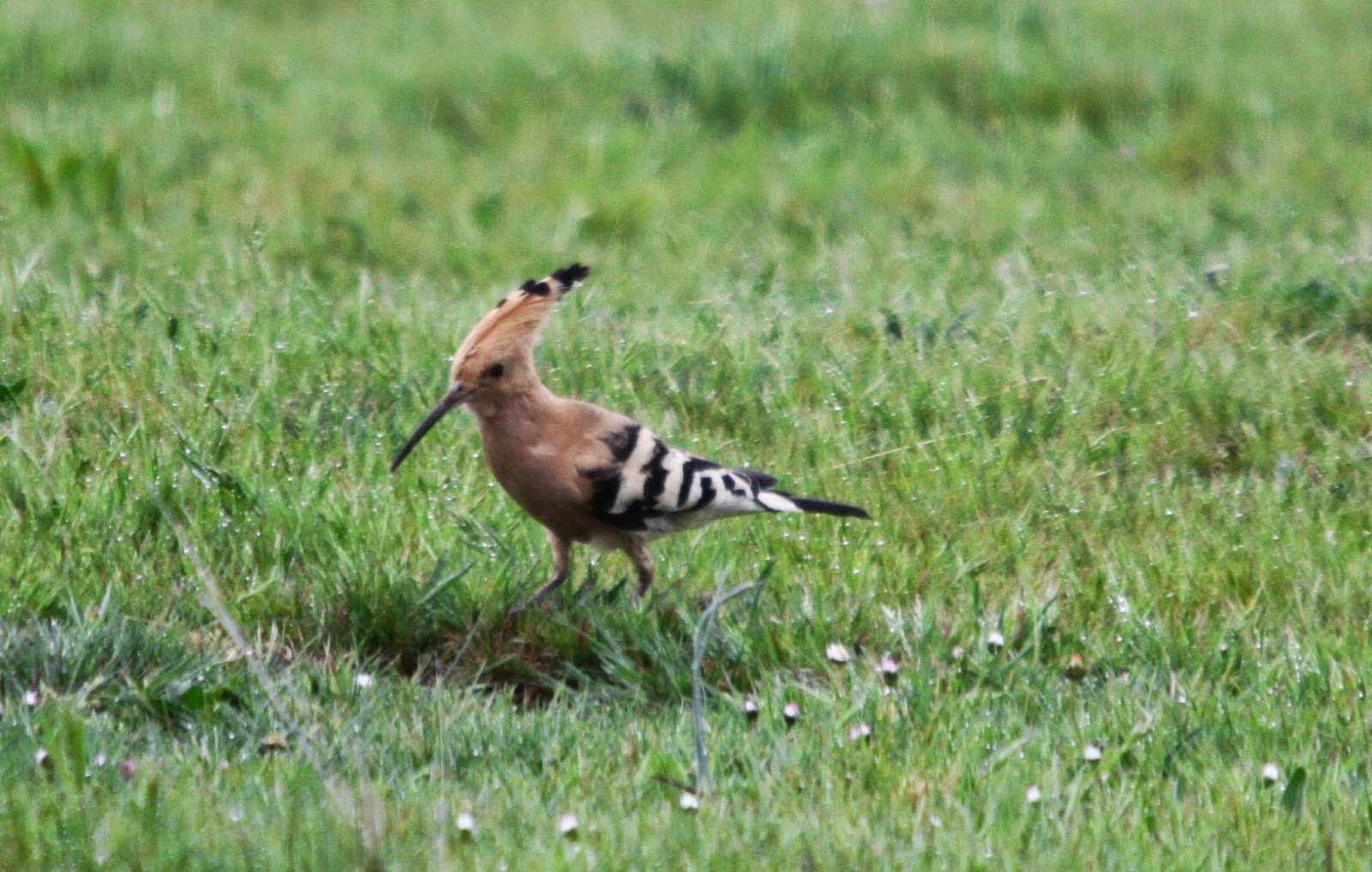 As well as seeing griffon and Egyptian vultures, the visit to a couple of sites along the Douro gorge also gave views of blue rockthrush,golden eagle, red-billed chough, 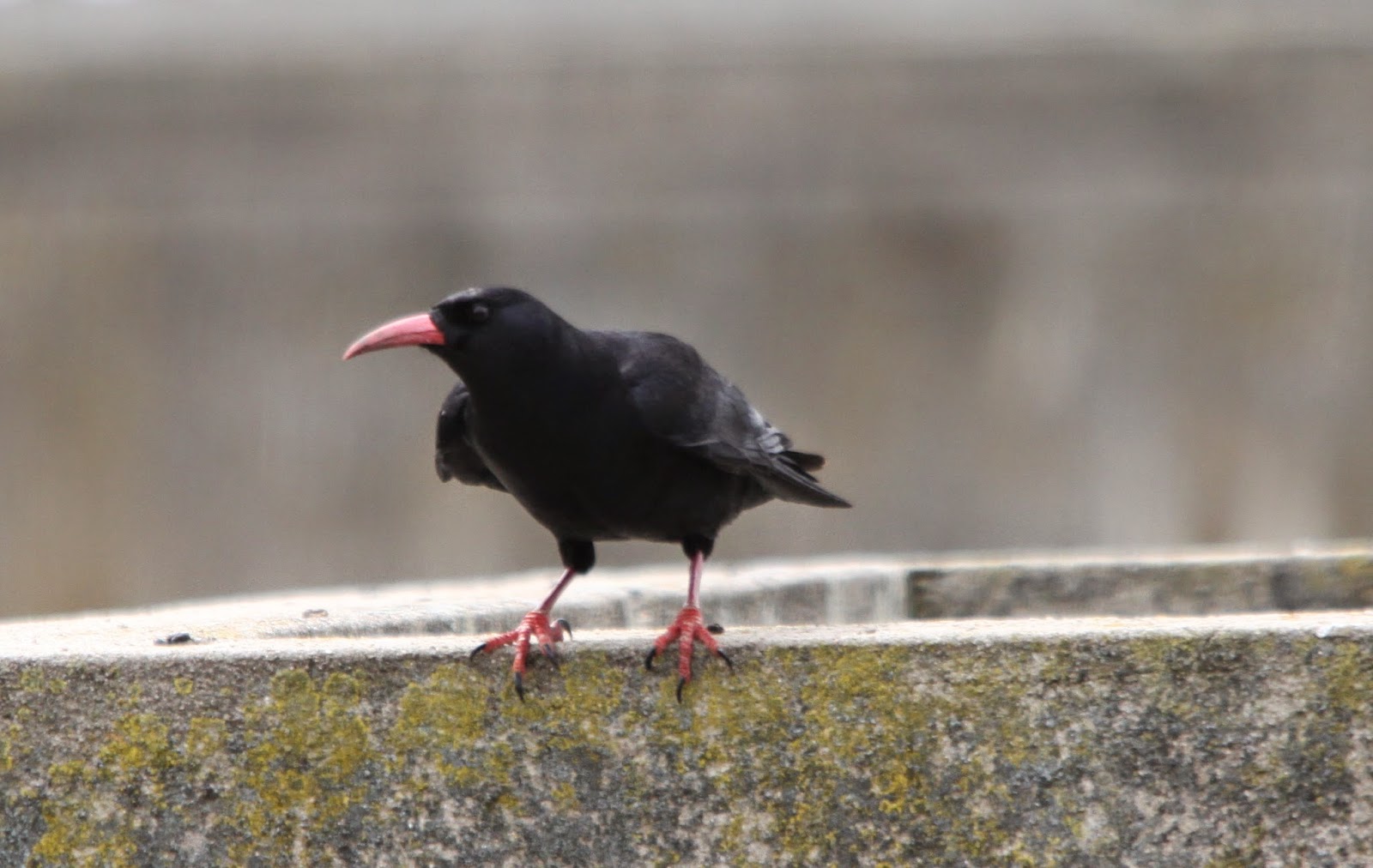 red-rumped swallow and, alpine swift plus the first azure-winged magpie we have recorded in these parts. 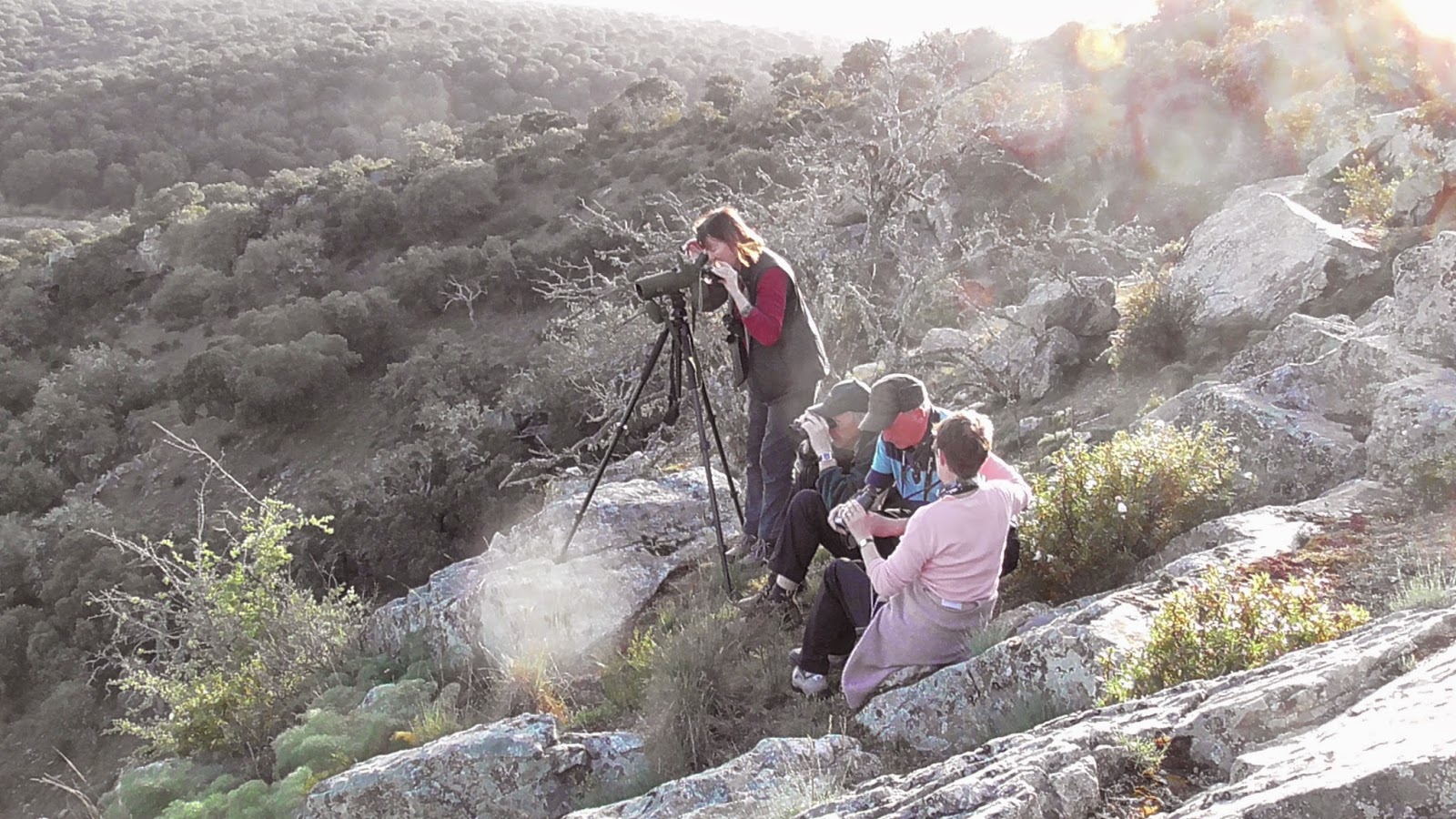 Eddie saw a kingfisher at Sanabria whilst everyone got onto rock bunting, grey wagtail,willow warbler, red kite and pale-phased booted eagle during the day near Ribedelago.

The butterflies were beginning to emerge, and everyone could enjoy examples such this pretty Southern form of Speckled Wood. 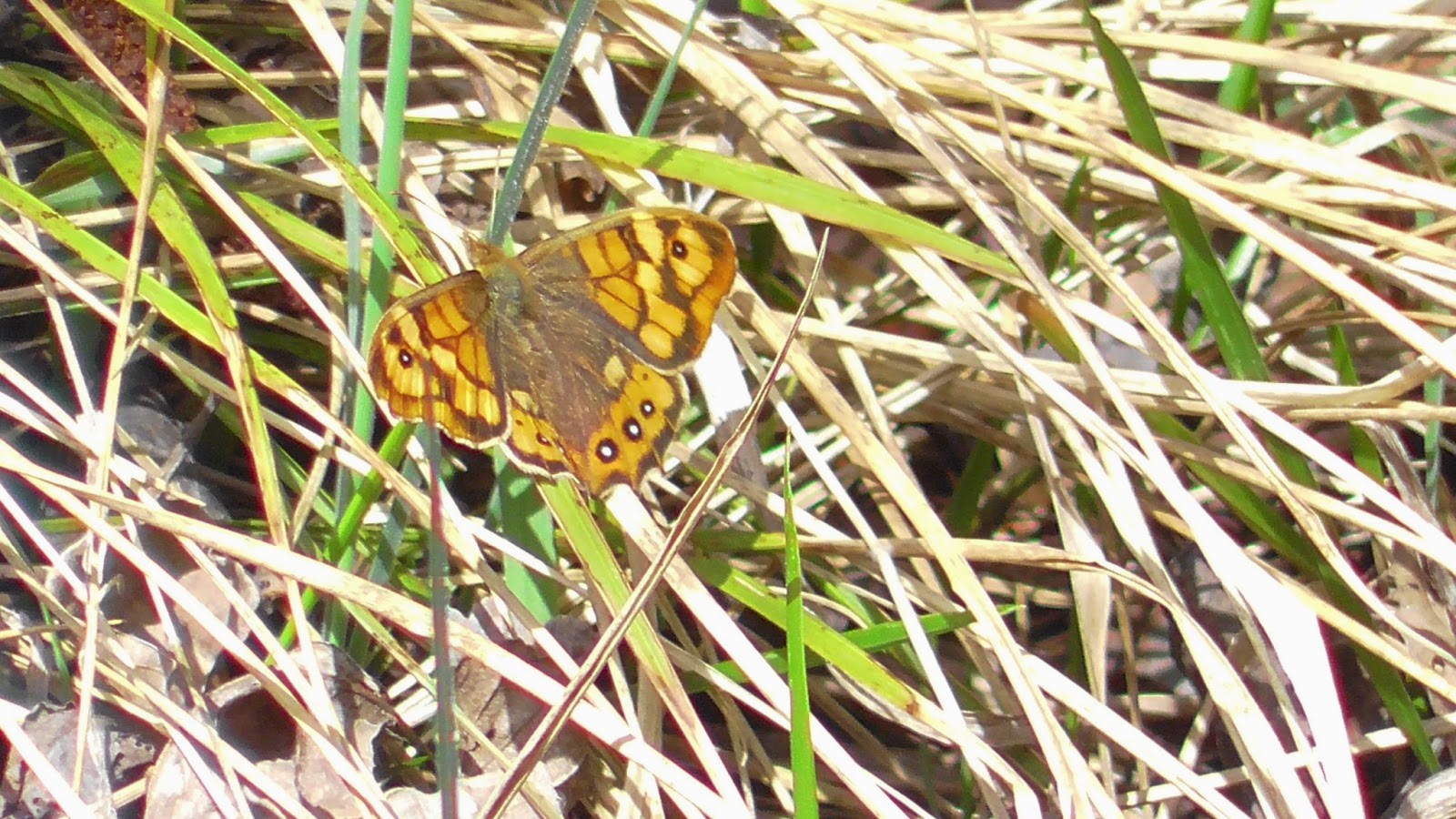 During this tour there was always something to see, unfortunately not lupine, although Eddie did have me believing he had been staring at an Iberian grey wolf as he described his encounter with this creature's bright eyes, grey muzzle and large ears.  Yes, the woodmouse was very special, and not as wary as the wolves by all accounts!

"Ray and I just wanted to say what a great and enjoyable holiday
experience we've just had.  It really was good fun and something
completely new for us as we've not really done anything like this
before.
Thank you for your careful planning, preparation (including the
delicious meals) and for John's immense knowledge of the flora and
fauna of the area.  All in all, it was a very positive experience and
a great holiday. "  Megan S.


Three days later, Gordon and Barbara were arriving in Madrid and in some wonderful early evening sunlight they could enjoy sights of three booted eagles, common buzzard, common kestrel and sparrowhawk on the journey to their hotel.  Almost immediately Gordon and Barbara reaped the benefits of better weather than Eddie, Tina, Ray and Megan's tour earlier this month,as it was on the clear morning of 21st April, just as the thought of breakfast was hatching, when a large wolf walked onto the firebreak, cocking a leg to urinate and then strolling off to the right hand copse.Previously, John had noticed three stags moving through the heather to the left only to stop and suddenly change direction, probably sensing the wolf. Once everyone had watched this large, leggy male wolf saunter in full view for several minutes, a large dog fox trotted across the same firebreak; it was an impressive, confident creature but such an appearance only served to highlight the differences between wolf and fox.

The wolf-watch that evening saw the return of the fox plus plenty of red deer,but again these were eclipsed by wolf activity:- the wolf howls started at 20:50 and continued to send shivers down our spines for a further ten minutes.What a wonderful first day's watches! 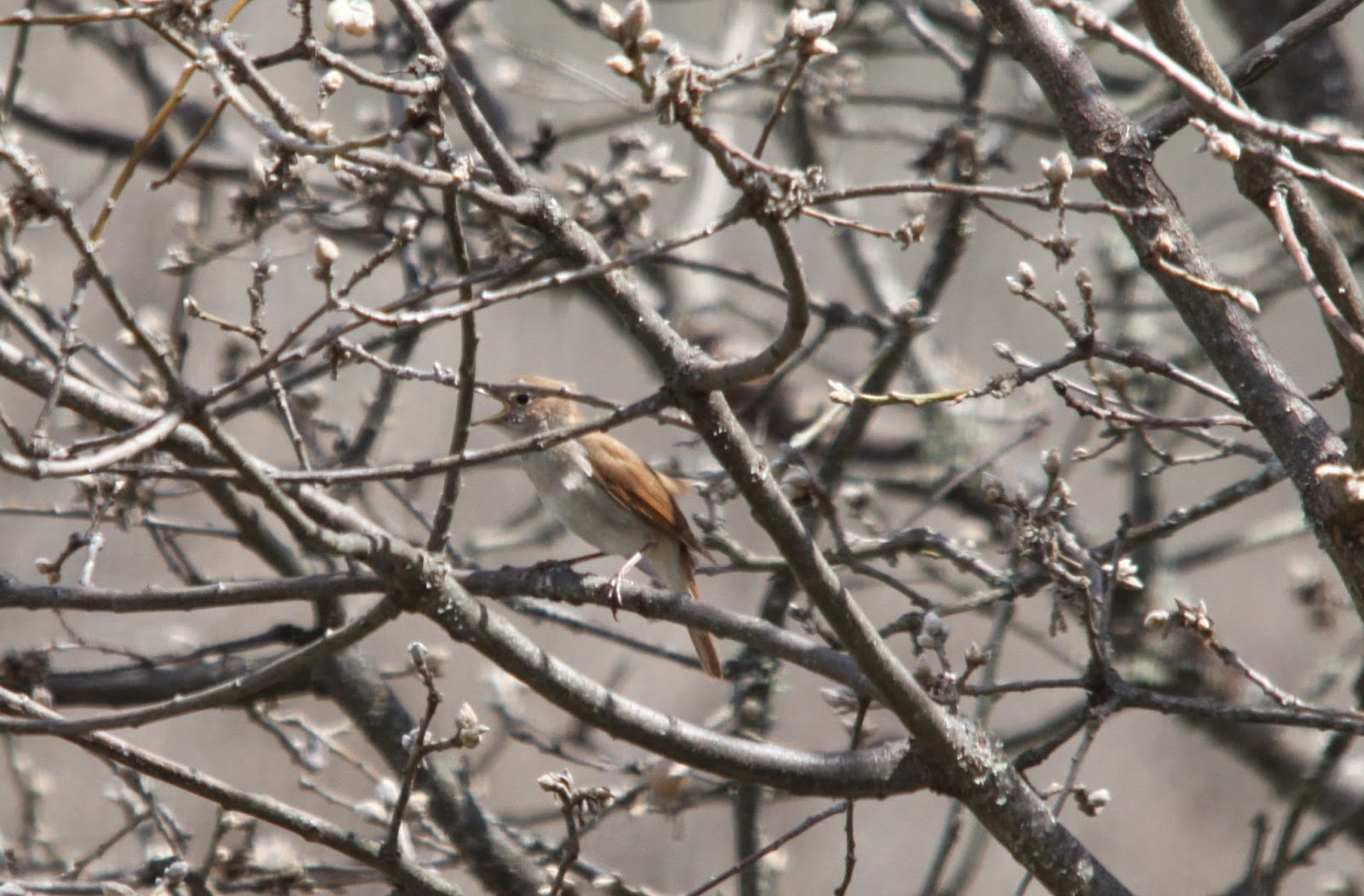 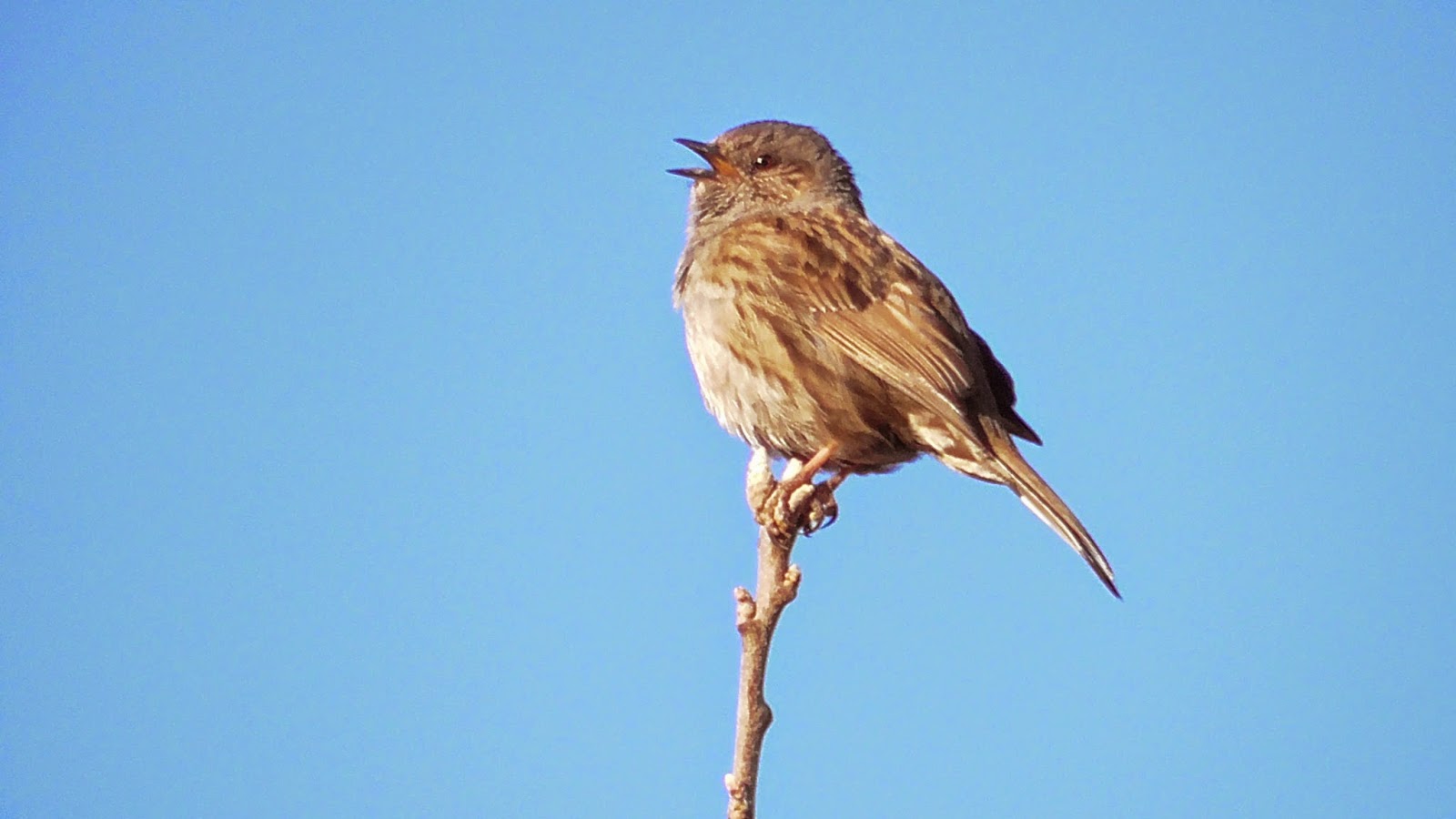 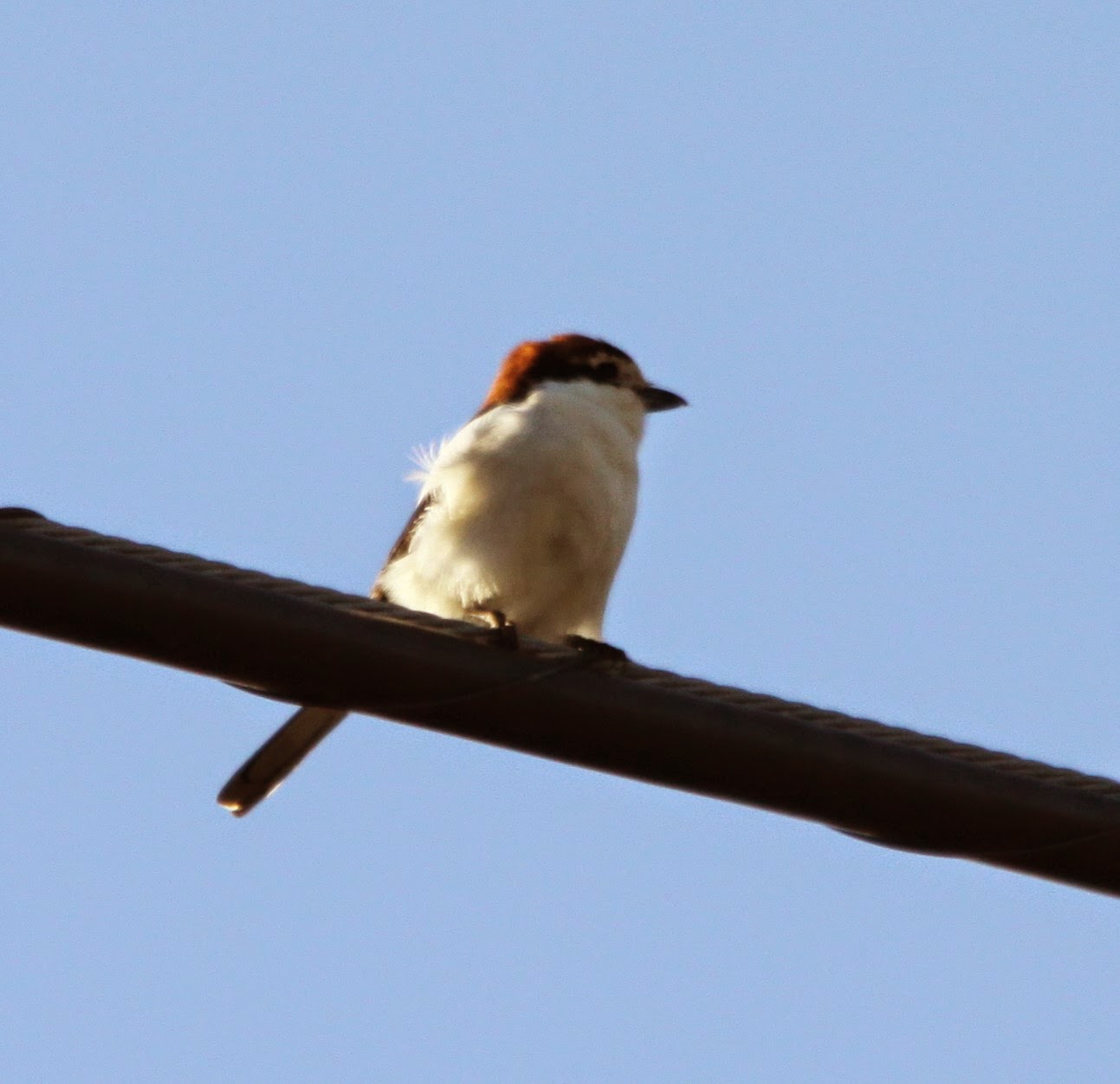 We encountered a mystery moth; and its photograph was circulated to experts throughout Europe. It has now been identified by Dr William Ellis formerly of the University of Amsterdam, as a lythria sanguinaria "geometrid" moth,which is endemic to the Iberian peninsula and southern France.Our thanks go to Dr Ellis and to Hans den Nijs who helped track down this successful identification. We are also grateful to all those in UK and Spain who also did their utmost to name this lovely little creature.

Whilst exploring the local area, John, Gordon and Barbara got some wonderful footage of a squirrel family, followed by further squirrel sightings later in the tour. 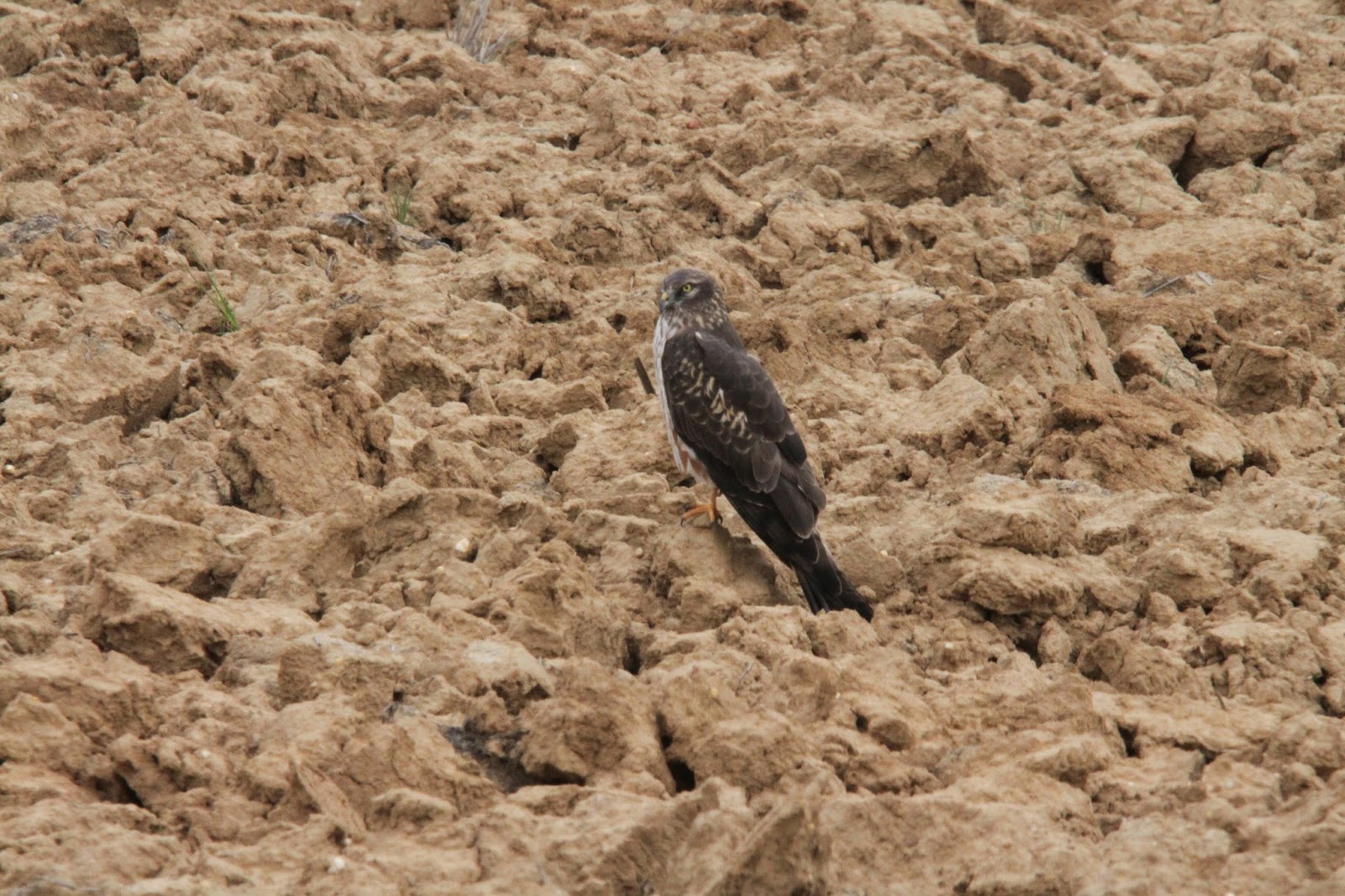 The trip to the Douro gorge is generally reliable for griffon vulture encounters,but as well as watching these amazing birds  being so graceful in the air but so clumsy on the cliffs,Gordon and Barbara enjoyed seeing the Egyptian vultures at close quarters plus red-billed chough, Alpine swift, red-rumped swallow,crag martin, stunning Montague's harrier and the massive black vulture.

The journey back to Madrid airport provided close, clear views of Eurasian otter to Barbara's particular delight,and once again, the male great bustards were intent on lekking with whiskers floating in the breeze,to an audience of singularly unimpressed females. Marsh harrier, Montague's harrier, hen harrier and 80+ lesser kestrels were also seen on the same journey. 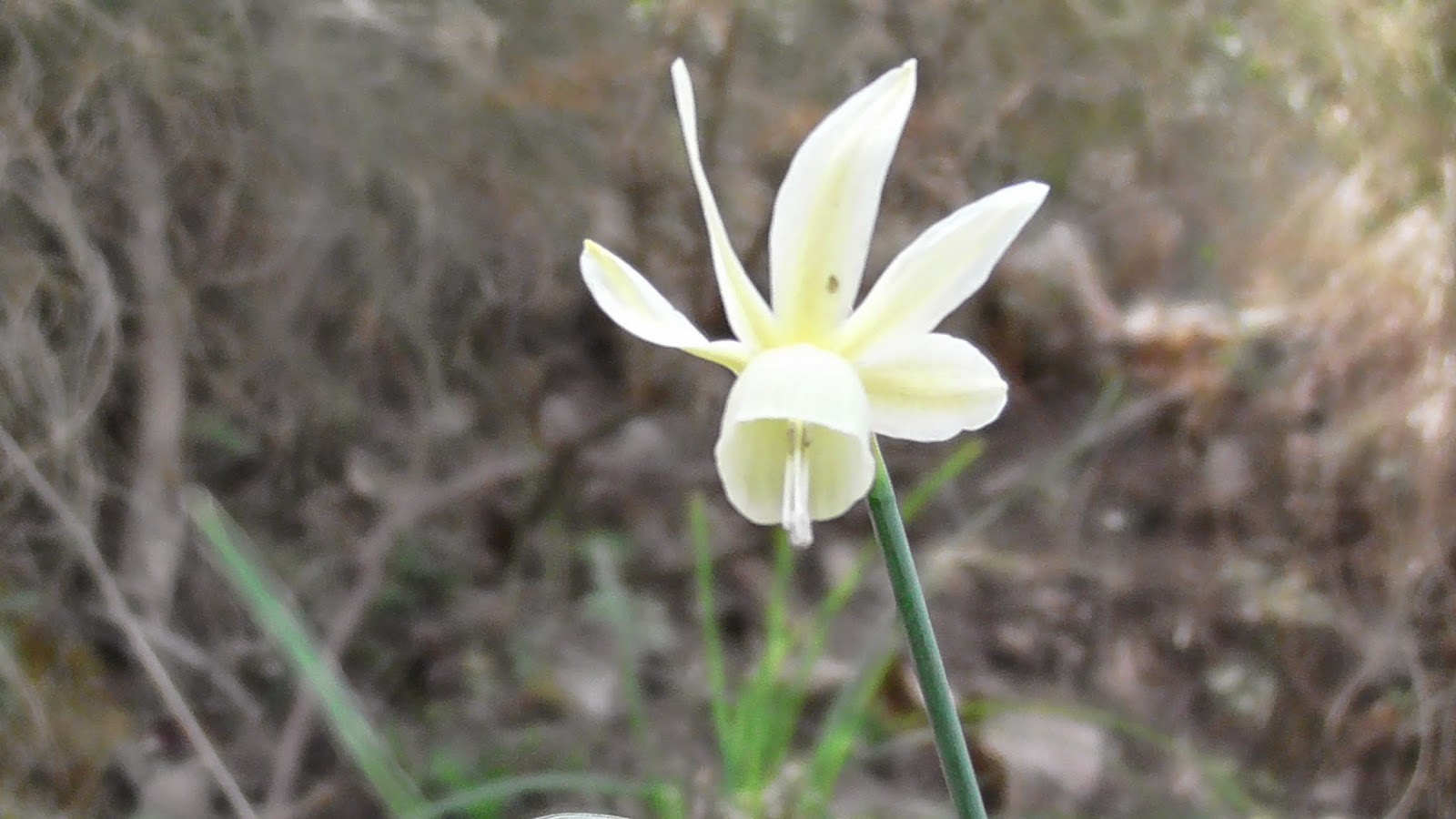 Everyone this month has appreciated the delicate beauty of the wild narcissi growing in abundance in the woodlands here.

Now at the end of this month, we are seeing and hearing bee-eaters but our first sight of a bee-eater this year was when John and I were out tracking on 25th.We were following some clear badger tracks when we came upon several beautiful iridescent feathers in the middle of the track; probably the result of a clash between bee-eater and sparrowhawk. It was interesting to handle and inspect these exquisite works of natural beauty and colour,but a sad first bee-eater of 2015! However we are now hearing and seeing them aplenty and have also welcomed the golden orioles and swifts on this last week in April.

Thank you for reading this fairly lengthy newsletter;  April is an exciting time to share all such sightings as are recorded here.I hope you have enjoyed hearing about them as much as Eddie. Tina, Ray,Megan, Gordon, Barbara, John and I have enjoyed seeing them.

Margaret. ( All photos and videos taken by John unless otherwise credited.)

Margaret, John,.. Thanks again for a wonderful experience" 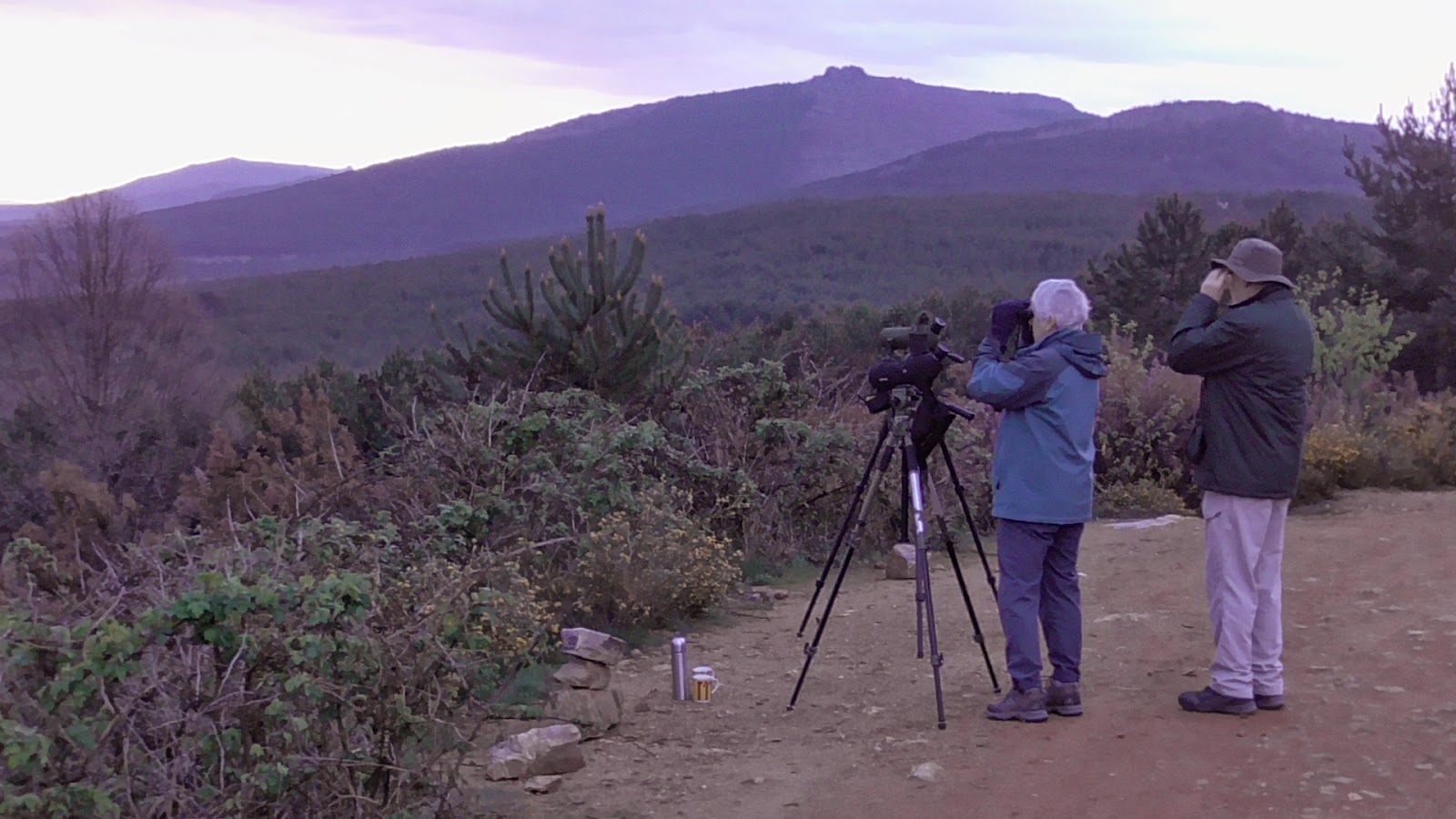 Gordon and Barbara
Posted by Wild Wolf Experience at 12:55 No comments:

End of an Era. 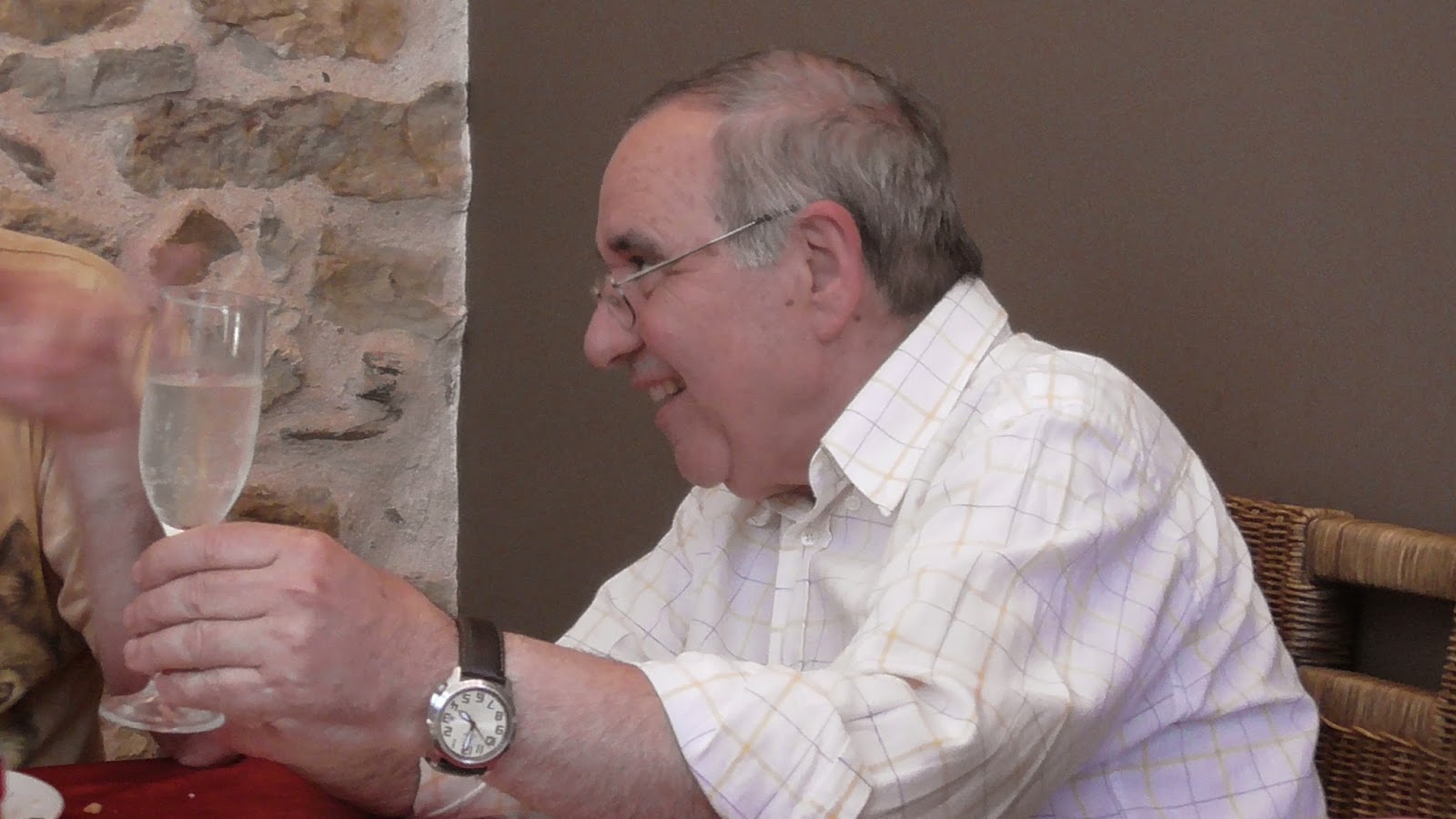 This morning Antonio left his beloved Veniata to return to Madrid, leaving the hotel which has been his dream and his life for several years now, The new owner, Jesus, seems intent to continue the calm ambiance of this very special place, and we look forward to working with him.

Under Antonio's calm and quiet jurisdiction, the Veniata became more than merely an hotel; it became a mecca for people from all the continents of the world, to meet, talk and often to form lasting friendships. Above all else, the Veniata has been responsible for highlighting the position of the Iberian Grey Wolf in the Sierra de la Culebra and it is Antonio who has brought all this together under his roof. 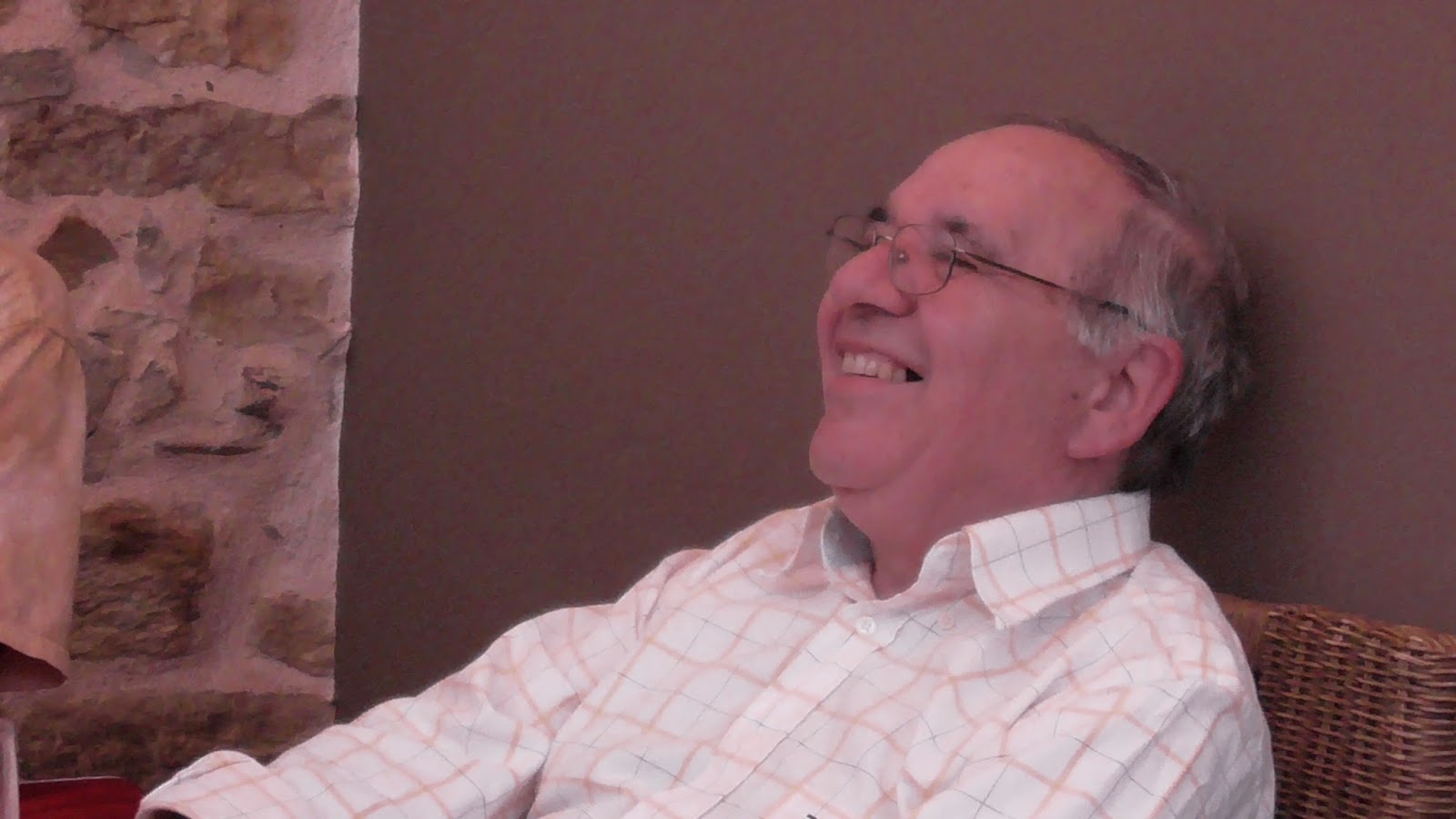 We wish you well,Antonio, with our love and thanks,


One of John's favourite birds..eagle owl on the nest with three chicks. One chick can be seen near the end of the video showing it's head from underneath the adult bird. This was taken this Easter weekend not far from us here in the Sierra de la Culebra. 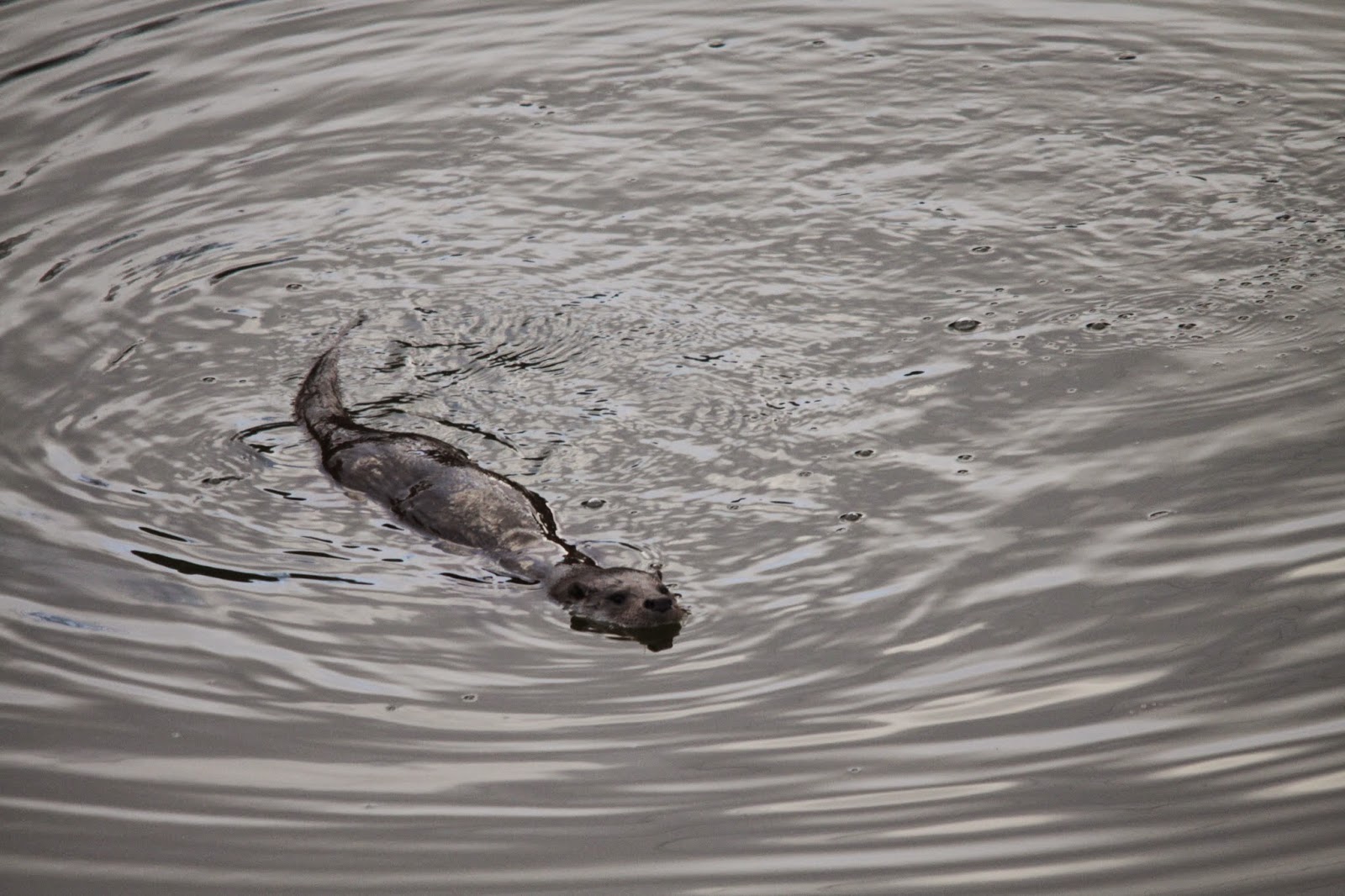 Two wolves were seen today and we enjoyed a good view of otter last Friday too.

I finish this  Easter blog entry with video of a super Subalpine Warbler, just arrived from Africa in the last few days and is now singing to attract a mate.


Wishing you all an excellent Easter weekend!

Posted by Wild Wolf Experience at 04:20 No comments: 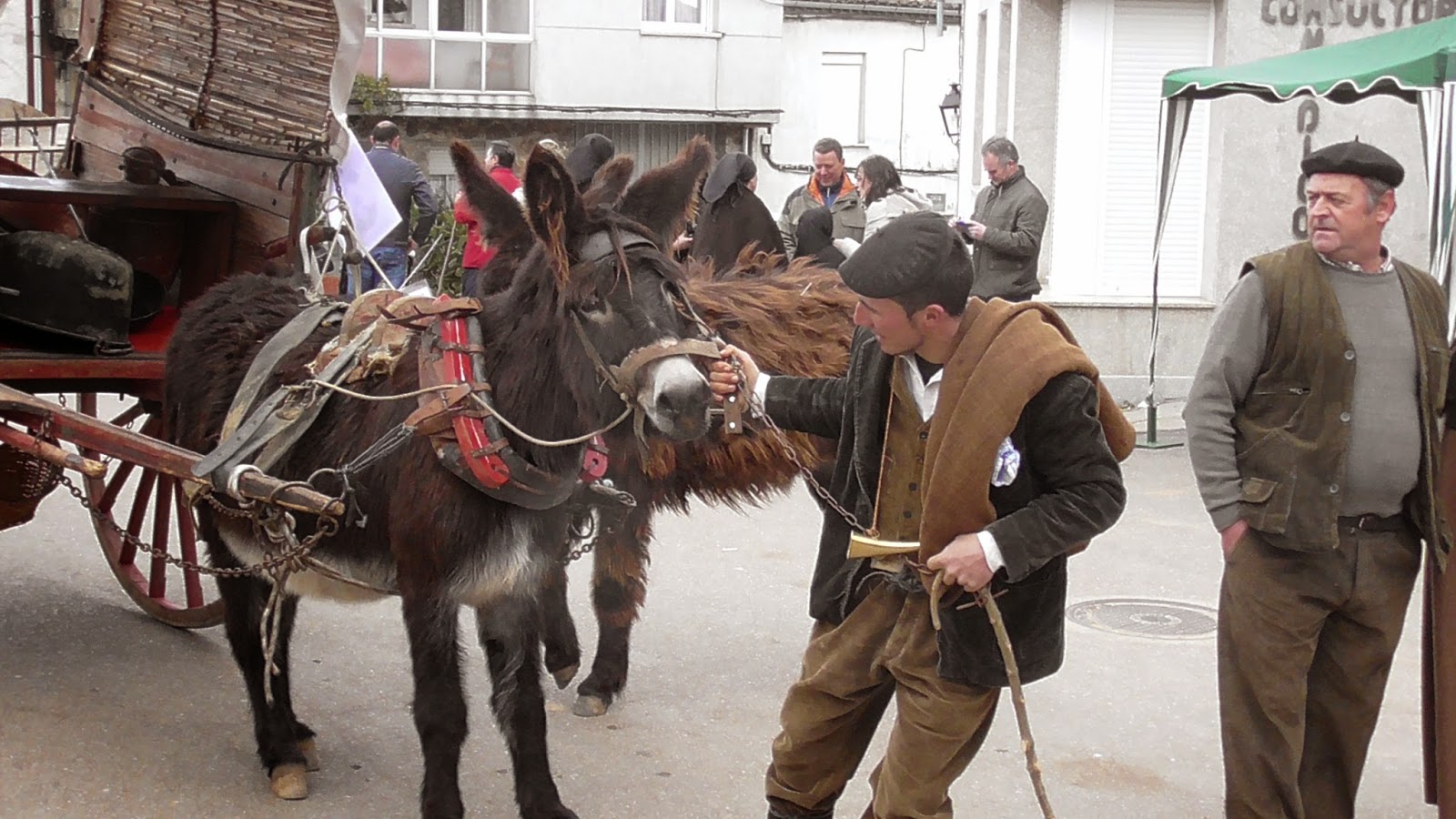 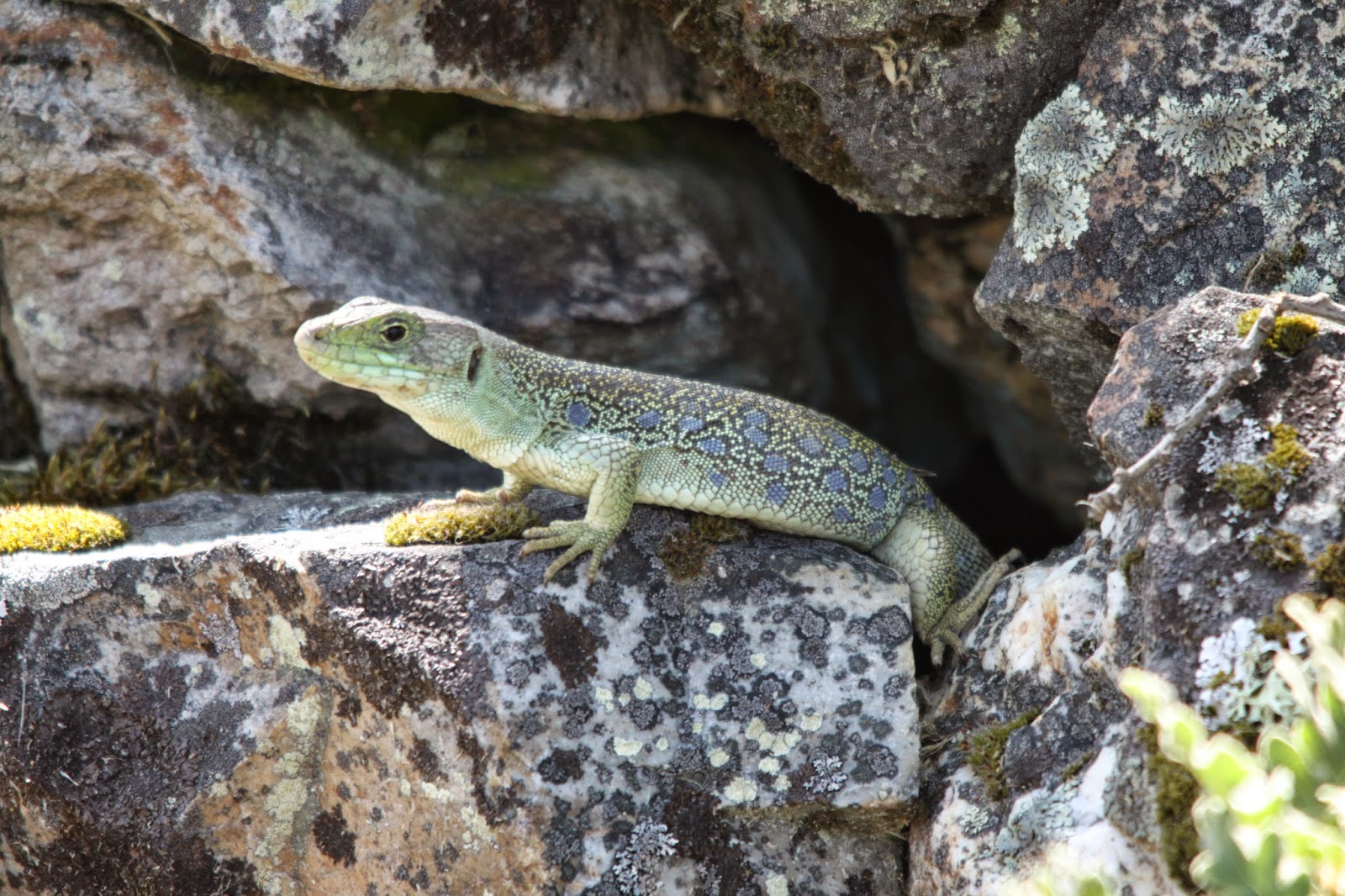 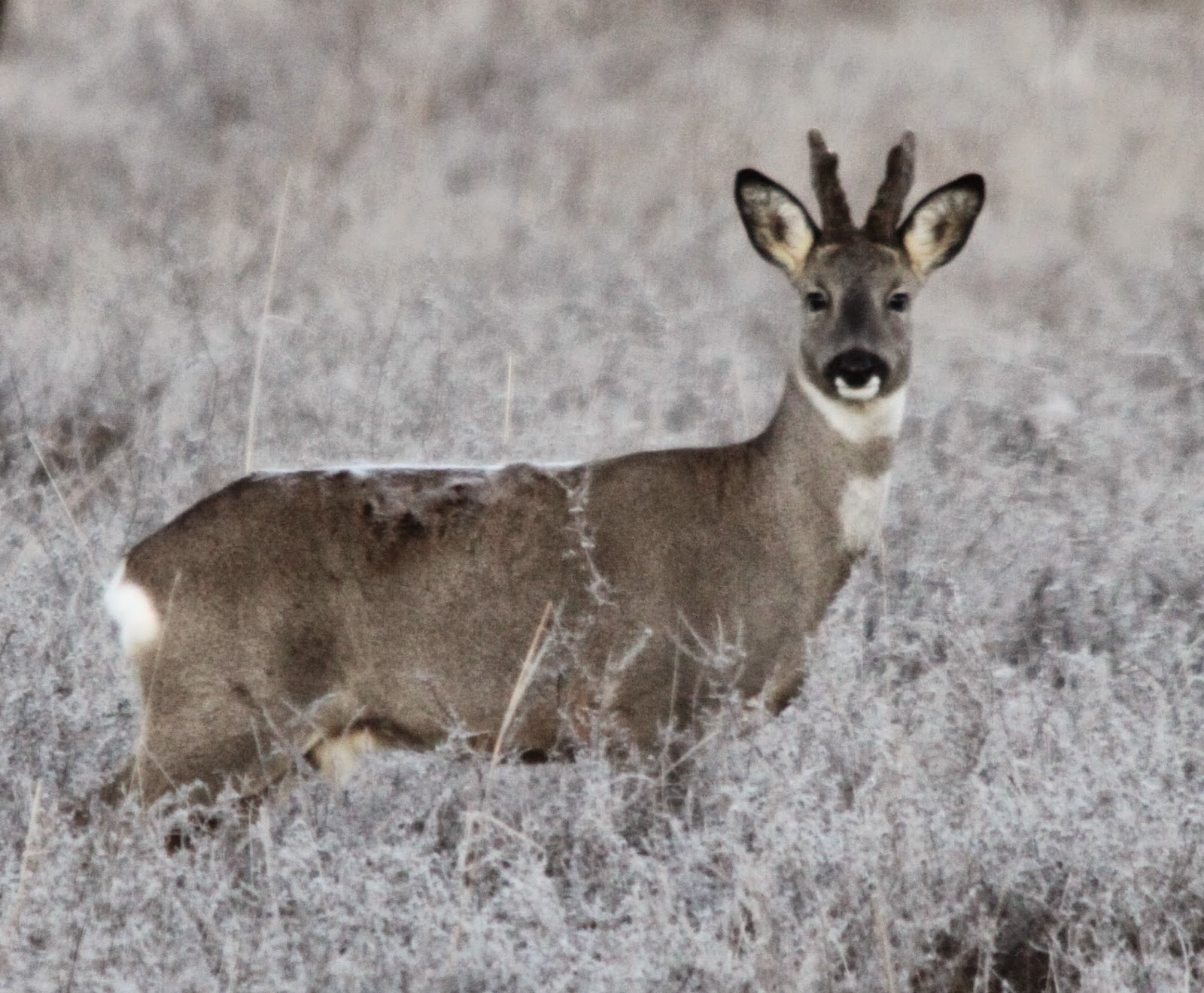 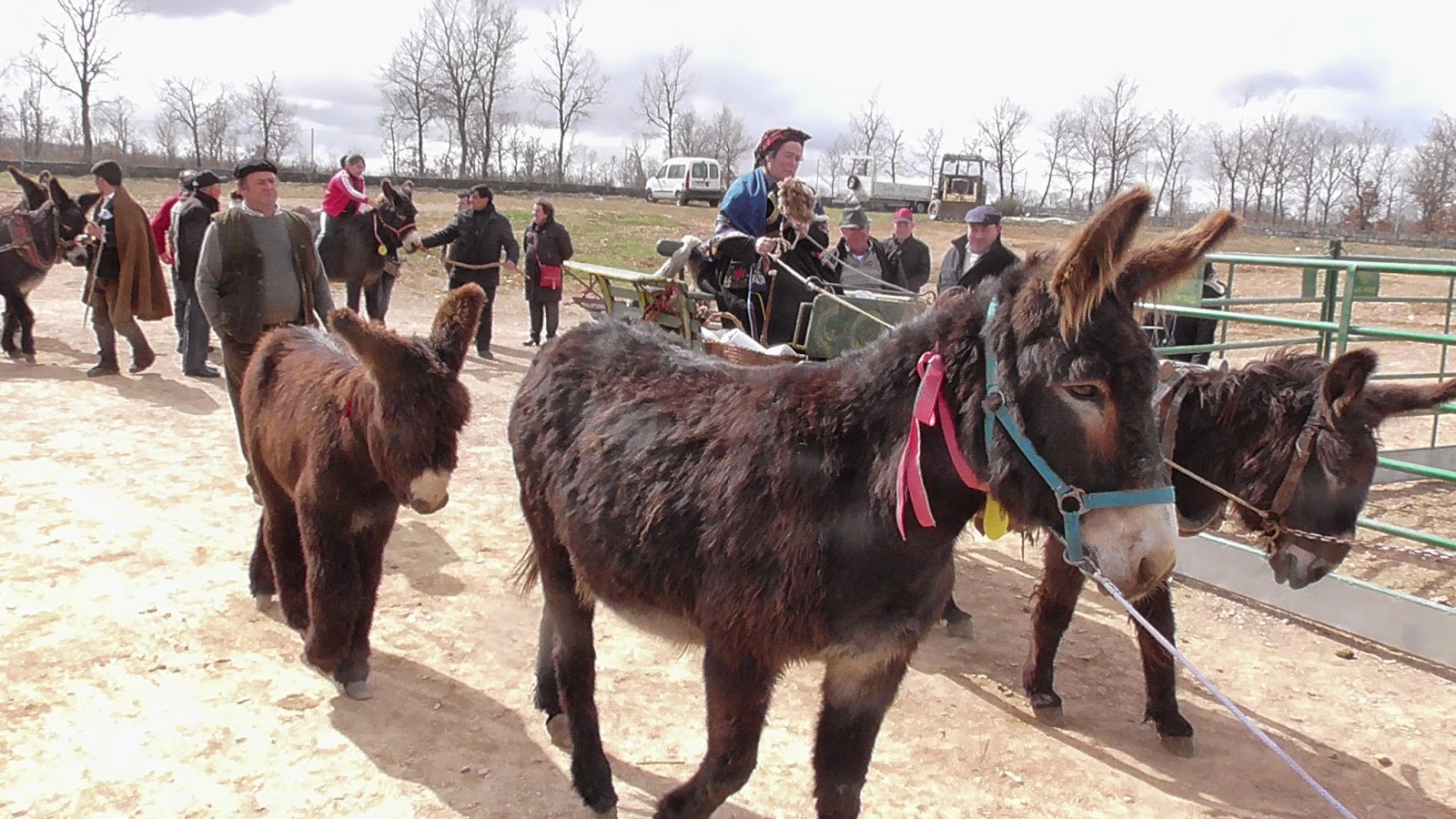 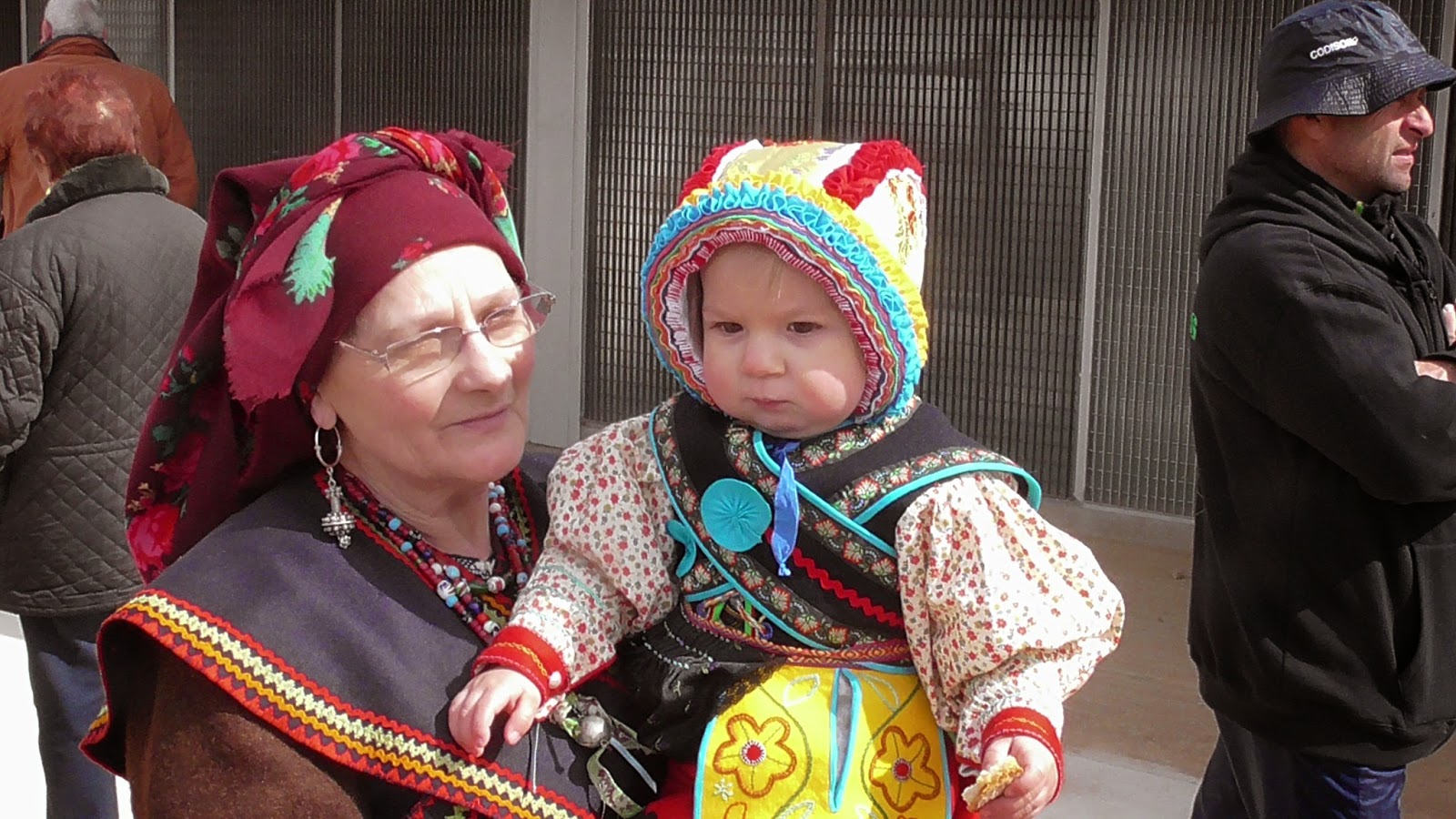 Posted by Wild Wolf Experience at 08:45 No comments: