We really enjoyed watching and videoing this grand chap as he enjoyed his fishy meal in the lake by our home here in the Sierra de la Culebra on Sunday evening.
Posted by Wild Wolf Experience at 07:19 No comments:


to all our friends,  Facebook 'likes'. and clients who have made this such a memorable year for us.


I hope you enjoy this video taken by John earlier today, 17th December. This magnificent animal...the wolf, not John!...was out hunting rabbits in this morning's stunning sunrise. 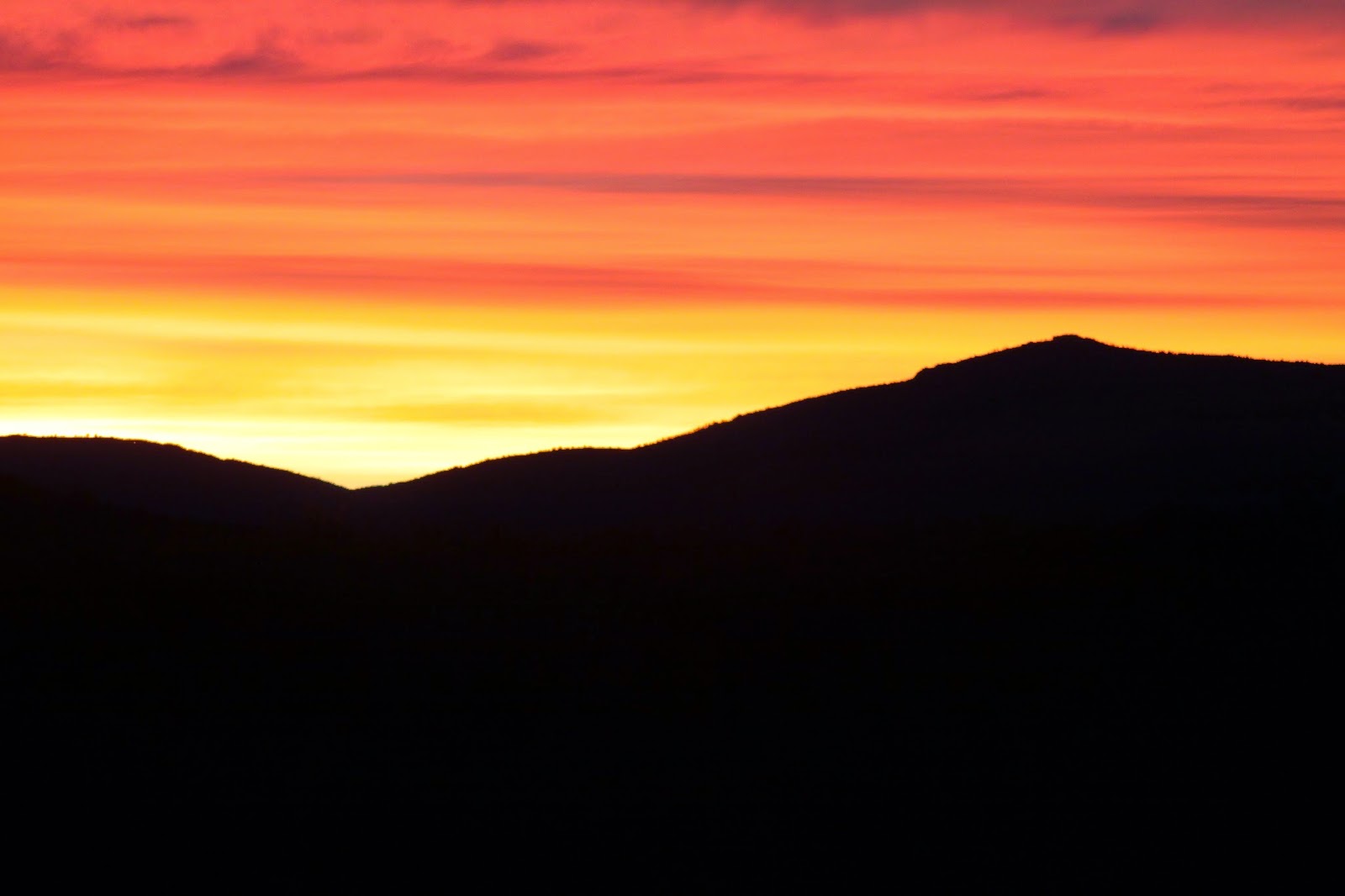 Wishing you all a happy and successful 2015, from John and Margaret.

Posted by Wild Wolf Experience at 04:08 No comments: 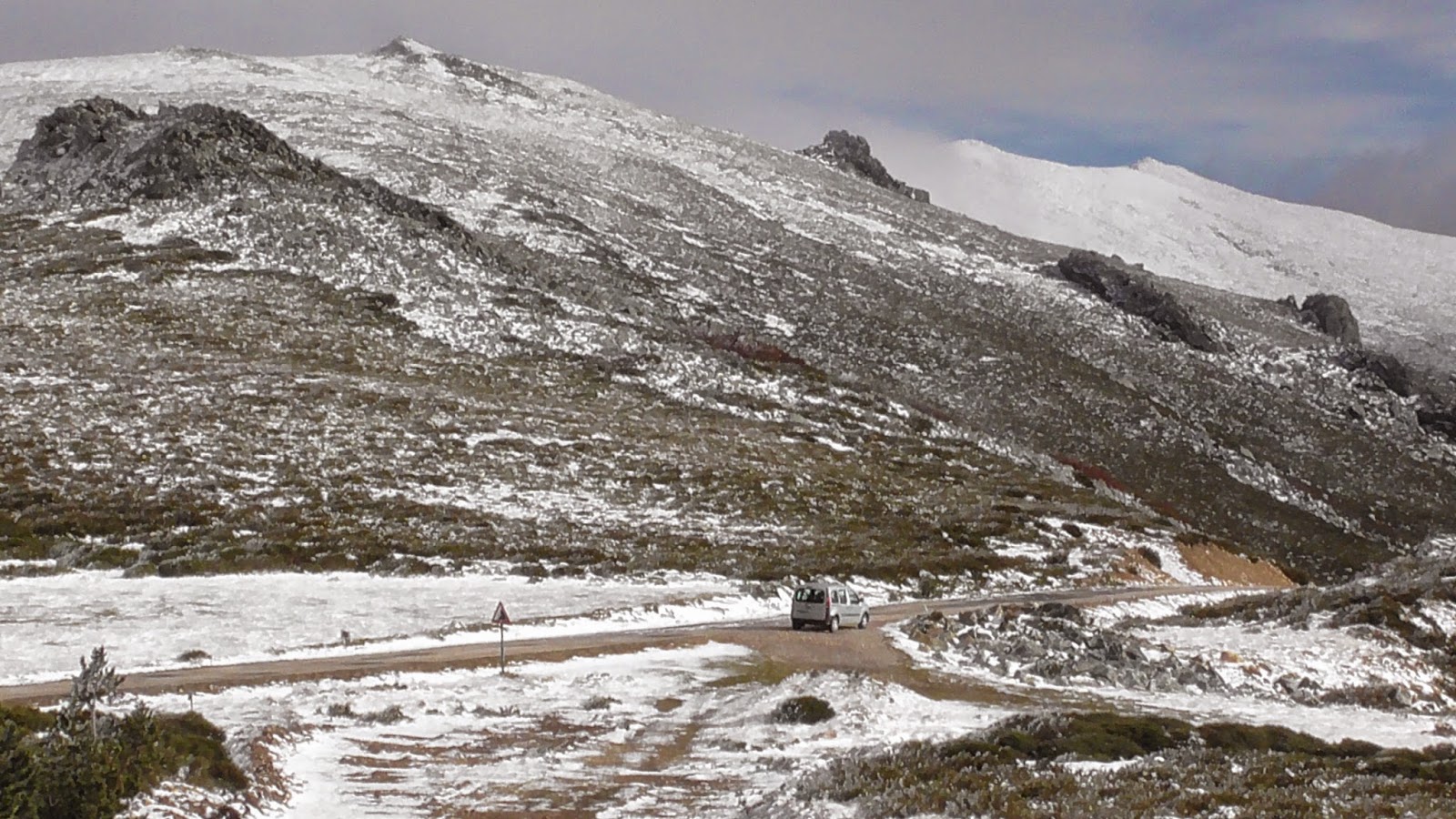 This has been a month of mists, rain and brilliantly clear days plus a little bit of snow nearby! All good conditions for our wildlife watching here in the Sierra de la Culebra. I start with a video taken at the bridge by the lake which several of you will know. It was here that last week John filmed an otter for several minutes as it sported with its catch.

Regarding wolves...both adults, sub-adults and this year's young have been seen on several occasions this month and they are looking resplendent in their full winter coats.On 4th November John was delighted to watch a group of 6 wolves including at least 2 being this year's young.  Sightings have continued throughout the month, with 3 wolves being watched for several minutes on 25th November at the same site. Some visitors with John also had a wolf running across the road causing an emergency stop in mid-morning misty conditions!


John and I really do believe that the increasing emergence of responsible eco-tourism and greater education about the Iberian Wolf must eventually result in a change of practice and bring greater prosperity to this area, but we are also realistic enough to know that this cannot happen quickly, or by antagonistic means.  I am pleased to pass on to you the very interesting news from Lobo Marley who purchased 2 shooting permits for wolf here in the Sierra de la Culebra with your donations. Now he has been so successful as to provoke interest from National Geographic who are hoping to accompany him in the hides and shoot with cameras, not guns. However, to do this they require permission from the local 'Junta'. who are responsible for the management of the reserve and they are not keen on such a presence. We shall keep you informed re this development and hope all parties can manage to work together to everyone's satisfaction.. 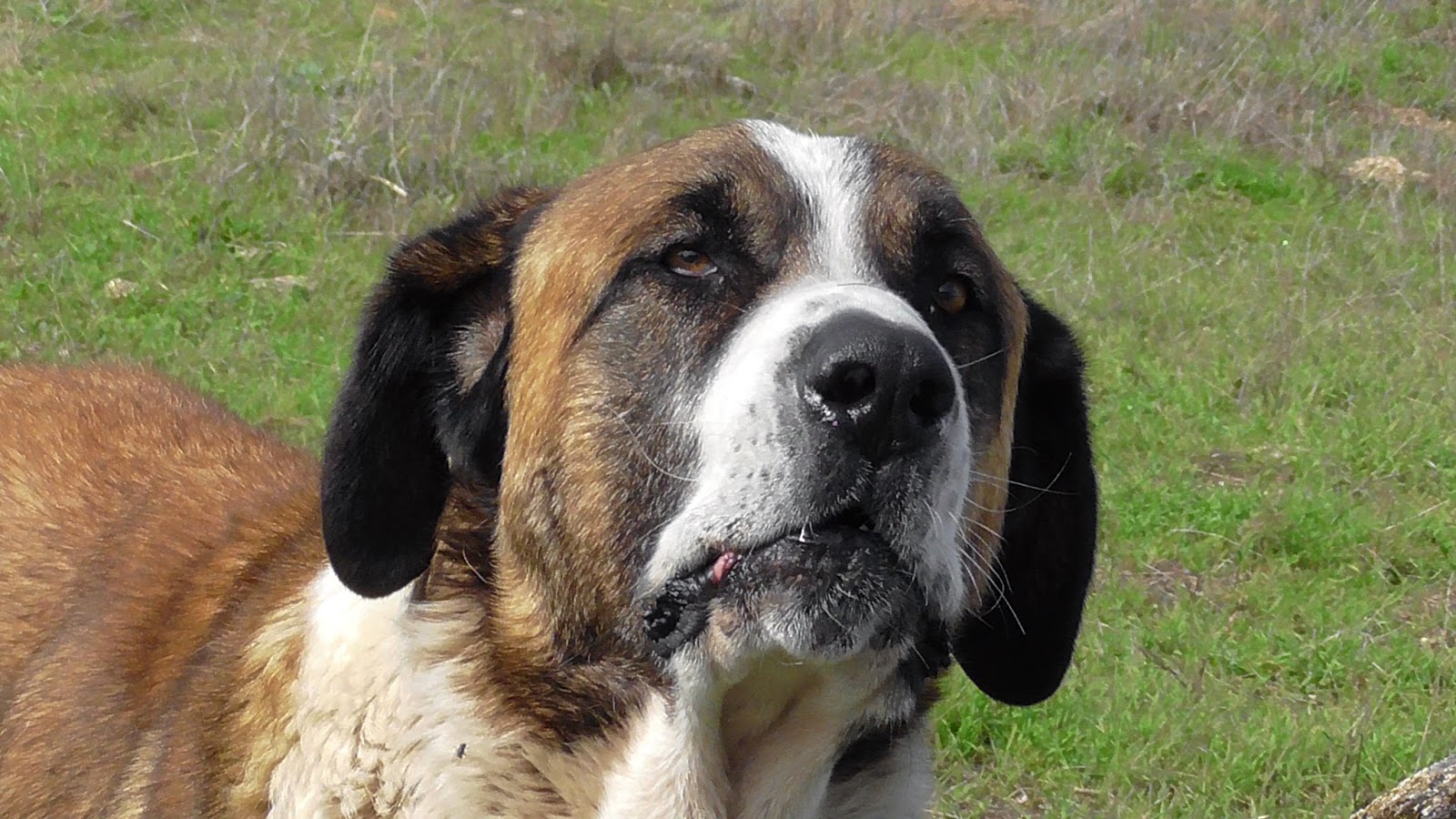 I take some space in this newsletter to highlight issues of wolf colonisation throughout the world and its difficulties.  Living here in the Sierra de la Culebra, where communities have lived with the wolf in their midst for generations, farming practices although not totally in favour of the wolf by any means! utilize husbandry methods honed throughout the years to negate as far as possible the friction between wolves and livestock.Where these practices are followed, predation by wolves is not a huge issue, but where the wolf colonises into areas previously unused to their presence, there is need for flexibility and training to minimize confrontation. 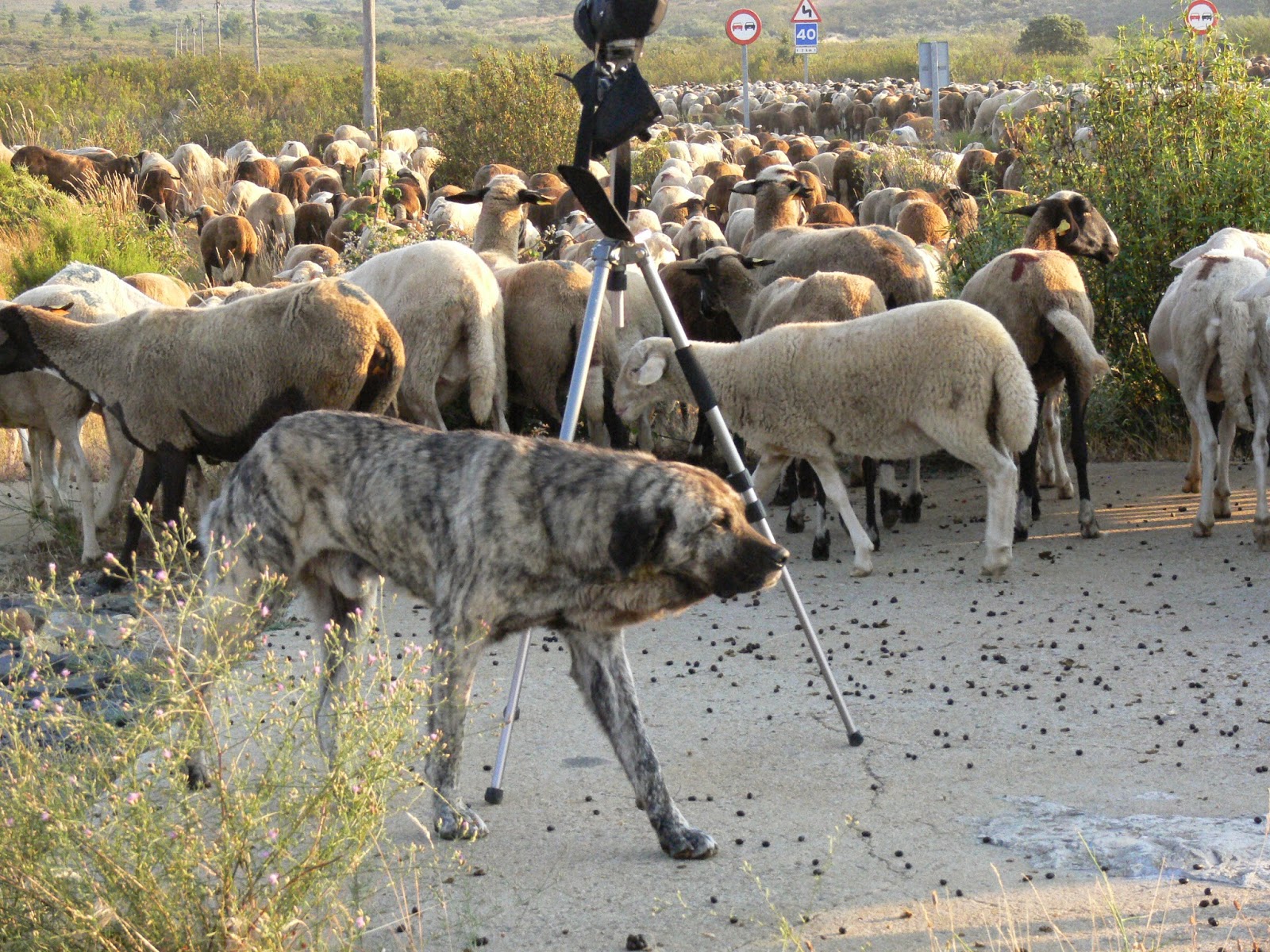 The blockading of the Eiffel Tower by French farmers with their  sheep this week serves to accentuate the need for extra resources and education to be offered to people who feel that their livelihoods are being threatened and who will otherwise take the situation into their own,hands with disastrous consequences for the wolf.


PARIS — Disgruntled farmers have brought their sheep to the Eiffel Tower to protest wolf attacks, and what they call the government's anti-farmer environmental policies.The woolly protesters munched grass near the Paris monument while their owners urged tougher measures against wolf attacks. The government says its existing plan on preventing attacks and compensating farmers is sufficient. Authorities also want to ensure protections for wolves.The march Thursday came as President Francois Hollande spoke at an environmental meeting about plans for cleaner energy and France's plans to host the U.N. Climate Change Conference next year.Protester Franck Dieny said government policies — which include large subsidies to agriculture — are less and less farmer-friendly and "don't recognize ... the role we play maintaining the landscape" that so many visitors to France appreciate."

For the first time in 70 years a lone gray wolf has been sighted in Arizona. The female wolf originated from the northern Rocky Mountains and has travelled at least 450 miles to the North Rim of Grand Canyon National Park.

“This wolf’s epic journey through at least three western states fits with what scientific studies have shown, namely that wolves could once again roam widely and that the Grand Canyon is one of the best places left for them,” said Michael Robinson from the Center for Biological Diversity.
Gray wolves face an uncertain future. Almost 100 years ago, in 1915, the federal US government conducted began culling wolves in the western United States, and by the early 1920s most of the wolves had been exterminated and the last one was sighted Arizona in the 1940s. The Gray wolf was added to the country’s Endangered  List and in the 1990s 66 wolves were brought to the Rocky Mountains.
As a result of this conservation work populations are increasing and the US Fish and  Wildlife Service are now, due to the success, are proposing to remove the species from the list. But this has concerned some conservationists as they say without the protection the species could be persecuted again.

“It’s heartening this animal has been confirmed as a wolf.” but I am very worried that if wolves are taken off the endangered species list she will be killed and wolf howls from the North Rim’s pine forest will never again echo in the Grand Canyon,” Robinson.
Earlier this month, the Center released a first-of-its-kind analysis identifying 359,000 square miles of additional wolf habitat in the lower 48 states that could significantly boost wolf recovery which include Northeast, West Coast and southern Rocky Mountains, as well as the Grand Canyon.
“There’s so much more room for wolves in the West if only we extend them a bit more tolerance,” Robinson said. “The Grand Canyon wolf is a prime example of what wolves can do if only we let them.” 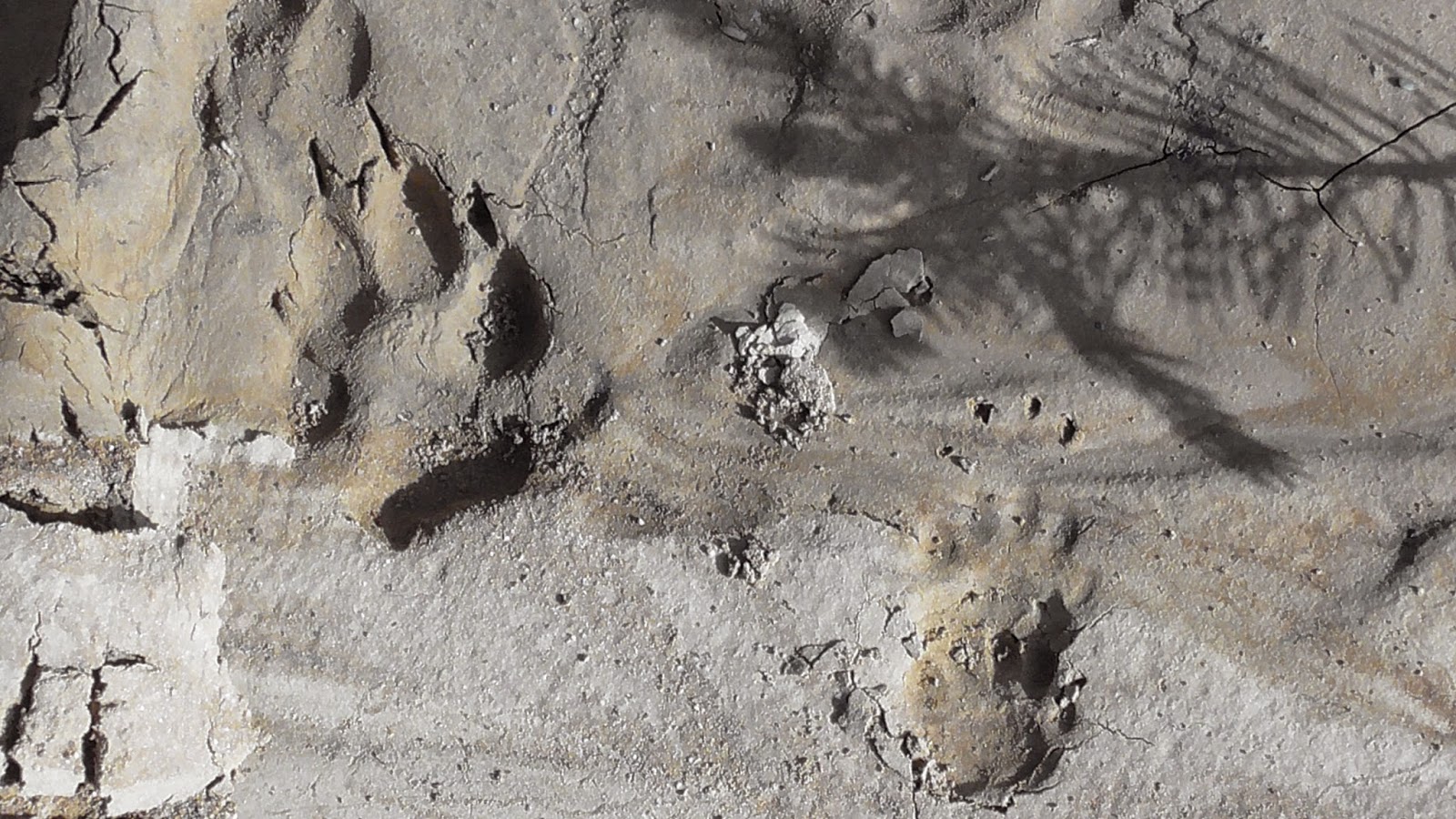 The wet conditions here have made for some interesting tracks and just as an example, here are some tracks found by John this month; wolf and badger.

There is  an article about last September's Wolf Festival held here in Villardeciervos in the Winter edition of WolfPrint, the magazine published by the UK Wolf Conservation Trust, and we are already in discussion about the 2015 Festival,so watch this space!

Thank you to friend Jim for alerting us to this article in the October issue of Wildlife Extra News, about the attempts to preserve this rarest of wildcats We are also aware of the wonderful work being done in Extremadura too, and with this year's rabbit population being depleted, the need for close supervision and the continuation of the efficient breeding programme is paramount for the ultimate survival of this beautiful cat.

The plan to reintroduce the rare Iberian lynx to the wild in Portugal has taken a giant step forward the country’s environment ministry has announced.
The lynx has been allocated 2,000 hectares in Mertola, 180km southeast of Lisbon to live, hunt and breed thanks to the land owners signing contracts with The Institute for Nature Conservation and Forestry (ICNF).
“It is a decisive step in the project, starting the definition of the geographic setting, working closely with the owners and managers, of the reintroduction site of the lynx in Portugal,” said Miguel Castro Neto, Portugal’s Secretary of State for Planning and Nature Conservation.
The agreement allows the lynx to live and, hopefully, thrive in a protected area, while the land owner will be able to attract tourists hoping to see one of the most endangered feline in the world.
The Iberian Lynx is the world's most threatened species of cat and is classed as Critically Endangered by the IUCN. Numbers have declined by more than 80 percent over the last 20 years.

Thanks also to Mike who has alerted me to this fantastic footage on YouTube of Iberian Lynx in the mountains of the Sierra de Morena, where indeed John and Mike enjoyed a successful Looking for Lynx tour in  November 2013 (trip report earlier in this blog). Certainly worth watching this determined female as she brings down a moufflon! 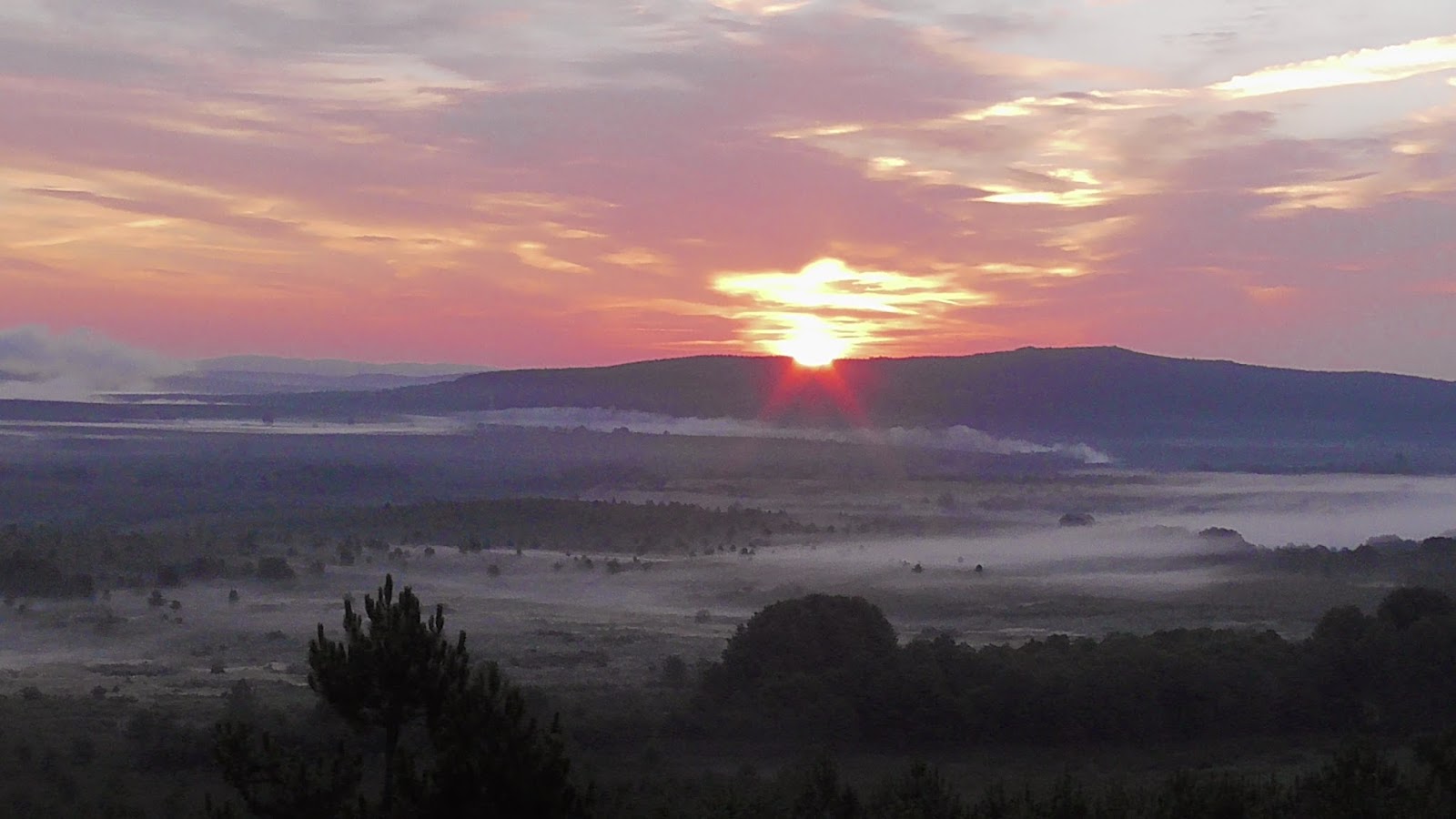 Food for thought in all these paragraphs,and thank you for reading thus far.Please continue to send me your information and comments,either via this blog,or by email at margaret@wildwolfexperience.com
Posted by Wild Wolf Experience at 09:35 No comments: