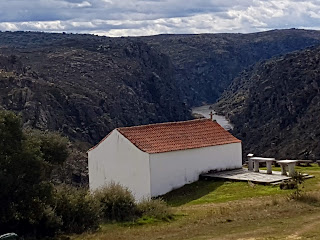 March has been a month of contrasting weather, with temperatures stretching from heights of 25'C when we are basking in the sunshine and considering our Spring planting to the depths of -7'C within a few days when the ground is hard and tracking is difficult. We welcome summer migrants as they start to arrive and display over this month, but I was pleasantly surprised to hear my first cuckoo call as early as 20th March this year.

However the weather took a chilly turn just as Keith and Alan arrived into Asturias airport and certainly the start of their Watching for Wolves tour produced some cold conditions for viewing. They were able to see some excellent fresh wolf tracks on their first wolf watch of 2nd March which made the brisk, early-morning start even more worthwhile. Good views of stonechat, woodlark, Dartford warbler and the local white storks on their nests proved fascinating too, but the highlight of this first full day of their tour was the opportunity to watch a wildcat stalking prey at close quarters before it darted off into the forest, unsuccessful on this occasion.


A family party of wild boar  were observed during the evening wolf watch on Friday 3rd, when the unusual behaviour of several stags running as if being chased through the woods very close to John, Keith and Alan gave credence to the feeling that wolf was not far away.


Later in the evening several roe deer made an appearance, but the wolf was elusive on this watch. During the Friday's visit to Villafafila, marsh, hen and Montague's Harriers were all seen along with red kite, lapwing, avocet, black-winged stilt, greylag geese, wigeon, pochard, mallard, teal, pintail, shellduck , crested lark and Keith's favourite the shoveller duck. 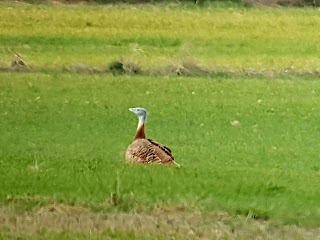 The great bustards were displaying in full force despite the strong wind and in total, over 300 of these amazing birds were seen by John, Keith and Alan. 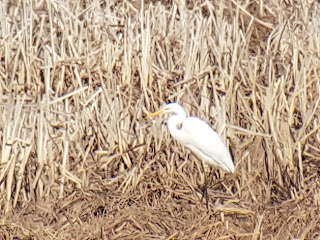 More wild boar were seen on Sunday,10 in total, plus many red deer stags and hinds as Keith and Alan could add red squirrel and long-tailed tit to their growing list.

The cold conditions braved at the start of the tour dispelled by Monday 6th and a fabulous day started out with the best news! During a bright morning watch John, Keith and Alan were all able to enjoy incredible views of a light-coloured wolf as it loped along the track at times with a slight limp and remaining well within everyone's view for several minutes.. As you will see from this video of John's, it then turns off into the heather and wags its tail as if greeting another wolf.  This clear view was treat enough for John, Keith and Alan as they congratulated themselves on such a good start to an exciting day. Certainly the visit to the Douro gorge was enjoyed in continued perfect conditions and no-one was disappointed with the sights on offer there. John, Keith and Alan were able to photograph and basically enjoy wonderful views of two golden eagles, Egyptian vulture, red billed chough, griffon vulture, crag martin, house martin, red kite, black kite plus  a flock of azure-winged magpies.  All this with the sound and movement of hundreds of bees  bringing the almond trees alive with the sound of their buzzing and their busy movement from blossom to blossom. 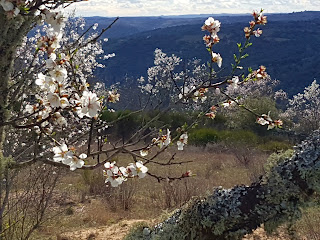 Alan's video of a natterjack toad was also relayed over dinner that evening along with the wolf video...what a successful day! 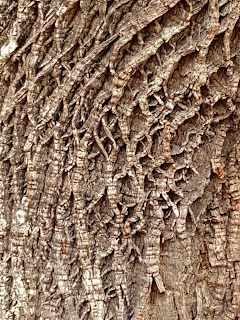 Elinor and her son Balthazar were decidedly unlucky with the weather conditions throughout their Watching for Wolves tour as it seemed to be persistently cold and damp, but they were always ready to go out and look for wolves and any signs of their presence.  Balthazar was delighted with his first sighting of a wolf track and I hope he managed to carry this treasure back to Kent in one piece. 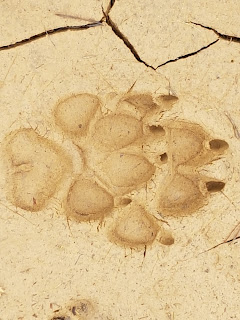 Scat too was seen although this thankfully was not collected. Our hopes for a wolf sighting were high as everyone noted the presence of red and black kites and ravens near our viewpoint, but visibility was poor and the rain began in greater earnest. We were pleased to watch two Iberian hares during the morning's watch and we were able to stop to notice a little owl on a telegraph pole on the way to our evening's wolf watch.

The rain cleared at the right times for Elinor, Balthazar and John to get good sights of griffon vulture, red-billed chough,white stork, red-rumped swallow, hoopoe and crag martin during a day visit to the Douro gorge in Portugal after enjoying good views of a female hen harrier and several red deer on the morning wolf watch. The rain persisted however and the evening's wolf watch had to be from the Landrover, but we were delighted to listen to a blackbird singing across the vista while we all could see a cuckoo atop a nearby pine tree; a very special sight.


During our drive back to dinner that night as the darkness closed in, Balthazar spotted several red deer hinds just to the left of us, and we enjoyed some long, close views of these elegant creatures before they turned to return to the security of the woodland. Previously we had been lucky to observe two Iberian hares chasing each other in a mating ritual in the road directly in front of us.  How lucky we are here to be able to stop and spend time watching such behaviour without the concern of too much traffic to disturb our view!


At the bridge en route to Villafafila Elinor had a quick glimpse of an otter and John saw a kingfisher before moving on to appreciate the interesting sight of the lekking of the great bustards. Elinor, Balthazar and John also saw Montague's harrier, marsh harrier,lapwing, red kite, black kite and crested lark during the visit that day plus this quick glimpse of a good looking fox carrying something in its mouth.

The next day had clearer patches and crested tit, linnet and goldfinch were three of the species Elinor and Balthazar enjoyed getting into their view, plus a great sight of a short-toed eagle landing on a nearby telegraph pole.


Each day had so much and despite the weather Elinor and Balthazar left with quite a collection of new and wonderful sightings and memories of this totally unique area. This final evening's wolf watch gave up something very special. As the weather cleared for a spell we were all watching intently and it was one of those very special moments when everyone is totally gripped by concentration, almost willing something to emerge! Just on eight o'clock Elinor, friend Inaki, Balthazar and myself immediately looked up from our scopes as we had all heard a howl;  not too distant but only too fleeting. This was not echoed by any other sound, in fact the whole wood seemed totally silent as we drew breath and realised that we had experienced that iconic sound of a wolf howl as the evening was closing around us. A wonderful finale!

I leave you with a little indulgence of my own; every March the neighbouring village of San Vitero hosts a donkey festival to celebrate the traditional Aliste donkey which is still a vital part of life here.This photo depicts four likely characters from this month's festival, against a backdrop of a clear blue sky which we enjoyed on the first weekend of  the Spring equinox. Along with the sound of the cuckoo, this heralds the arrival of Spring to this incredible area of Spain; the Sierra de la Culebra. 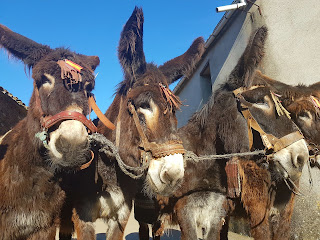 Posted by Wild Wolf Experience at 04:59 No comments: