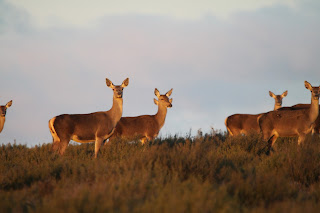 This first month of 2016 has given most of Europe some atypical weather patterns and certainly here in the Sierra de la Culebra January has continued with predominantly misty, mild weather - not the norm for this time of year.  Such conditions have thankfully been punctuated with more typical bright, cold spells and this month there have been some wonderful wildlife moments to share with you here. 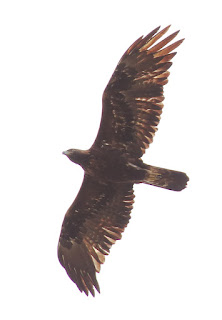 One bright day early in this month John and I were privileged to watch a golden eagle soar just above our heads as it crossed from the Sierra de Cabrera towards Pena Mira. 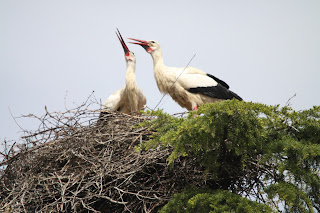 The white storks have returned safely to their traditional nesting sites in many of the villages around here, including these birds settling onto their impressive nests at the church at Villardeciervos. The village streets resound to the sounds of these birds bill-clacking as part of their display and greeting behaviour.


We have enjoyed regular sightings of black-winged kite in this area throughout the winter months and the exciting news is that this most attractive of species seems to be on the increase in this area. In this video taken by John in the early days of this month,we can watch a black-winged kite preening itself after the early morning mist and dampness has dispelled.

The milder weather has promoted territorial and breeding behaviour amongst many of the species to be observed here, including this Iberian grey shrike which was caught in song by John mid-January. 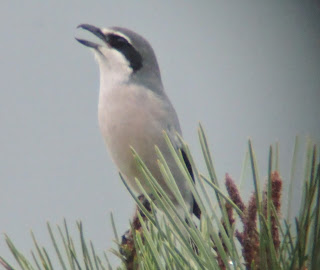 Driving between Villardeciervos and our home village of Cional on 22nd January, John thought he saw a movement in the still waters of the embalse and immediately drew up to investigate. Not just one, but two, otters and they continued to cavort and mate in the water giving John this fabulous opportunity to film their behaviour. At first sight, there only seems to be the male otter in the water here, but watch as the bubbles appear, indicating the presence of the female below. Later into the filming, they both emerge to swim back to the bank together.


John has continued to follow the activities of the pack of 8 wolves mentioned in this  blog on January 1st and he has also charted movements of individual wolves throughout the month despite some pretty adverse viewing conditions. On a crisp January morning John was able to film this lovely view of stags in the nearby heather, which is already beginning to show signs of flowering. The stags are still sporting their antlers which they will lose in March.

John was delighted to accept the request to give two talks to the children in the school at Tabara earlier this week. The children ranged in age from 3 to 15, but were all equally transfixed during the talks and presented John with intelligent questions after each session which demonstrated that they had understood John's particular brand of "Spanglish". I am unsure however, just who they thought he actually was, judging by the number of autographs he had to sign that morning! The pupils were interested and polite,proving to be a credit to the staff at this excellent school. 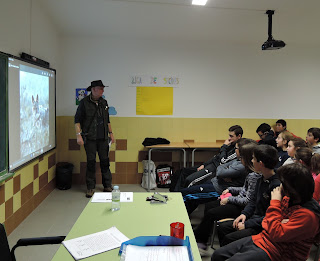 One bright, showery day we enjoyed exploring the mixed forest of this area which has remained more or less unchanged for generations. Here I am beside one of the majestic cork oaks which still are used today to help in our enjoyment of wine from throughout the world. 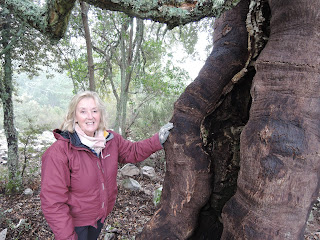 Margaret H. January 2016. ( All photos and videos in this Newsletter are taken by John.)
Posted by Wild Wolf Experience at 12:10