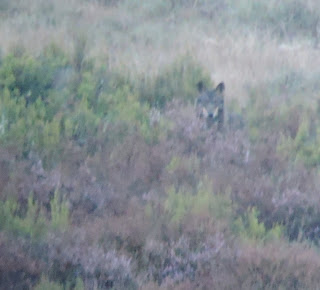 Bright days of sunshine and blue skies have been punctuated by some lengthy periods of heavy rain and mist this month, so we were delighted when the rain stopped and the sun broke through on the afternoon of 6th October as Jane stepped off the train from Madrid at the picturesque station of Puebla de Sanabria. Throughout her time with us the sun shone and it was perfect walking and viewing weather and Jane enjoyed watching the magnificent stags in particular.  It was ironic that the one morning, 9th, that Jane decided to stay abed was the very morning when John and Wil were able to watch a wolf for upwards of 1 1/2 hours from 09:30 to 11:00 but as we all know sometimes to your cost, you've got to be there to see anything there!

Richard and Ros had their first wolf-watch on the morning of 17th October and a lot of activity could be seen and heard from their viewpoint as they began to accustom themselves to telescopes and the terrain. About forty red deer were active in the valley with stags bellowing their message of supremacy through the early morning mist and three roe deer were spotted too. This timeless autumn activity was repeated during the evening watch where we enjoyed watching young stags sparring in between bouts of wet weather.

A walk around the village brought evidence of wild boar rooting and wolf scat was seen on the outskirts. Birds spotted included red kite, common buzzard, jay, robin and nuthatch. The next day, further village walks were explored in rather wet conditions and Richard, Ros and John were interested to watch the circling of eight griffon vultures.


Dartford warbler was both seen and heard and the weather did not really improve, merely settling into a damp mist for our evening wolf-watch. It certainly lent an even greater sense of timelessness as we listened to the primeval sounds of the rutting stags around us; sounds which have echoed across these valleys since time immemorial. However, there was visual excitement too as at 19:40 we all managed to watch four large wild boar,looking very dark in these conditions,parrying playfully together for several minutes. They were clearly visible despite the poor light and it was exciting to watch them running, then stopping,locking heads for a few seconds, then jumping and scurrying further along the track. 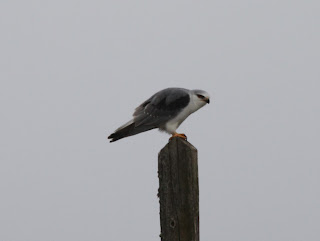 A good view of black-winged kite, one of three this tour,started off a superb day for bird viewing on 19th October where so many species new to Richard and Ros were seen I can only pick out a few. Richard has the full list of what amounted to 30+ new birds for them. 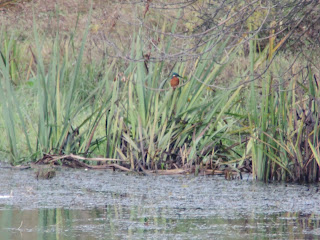 By the Rio Esla there were stunning views of an obliging kingfisher, plus gadwall and great white egret and when John, Richard and Ros moved on to Villafafila they were treated to fabulous views of hundreds of elegant cranes and of course, the tremendous great bustards. Both species were closely observed feeding and in flight. 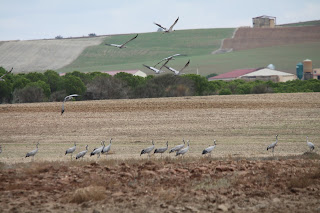 This great bustard was enjoying a good scratch!


Griffon vulture, hen harrier, marsh harrier, raven, red kite and black kite were amongst other fabulous birds spotted today in clearer conditions. However, the evening wolf-watch was once again very wet and although we were able to watch red deer for a while, these were difficult viewing conditions. But, difficult viewing conditions meant ideal conditions for salamander spotting and a tremendous day culminated with Richard, Ros, John and I closely watching a large fire salamander as it made its characteristic earnest strides towards a nearby wall, a potential source for winter seclusion. 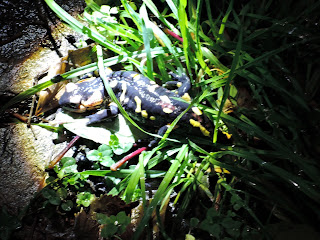 A perfect specimen, we were able to observe the red dorsal line running between the yellow patches as it endeavored to find a hole in the wall large enough for this sizable example of a fabulous little amphibian.


En route to Portugal, Richard and Ros were appreciative of the welcome at the pottery workshop where Ros watched some pots being made with skill and accuracy. 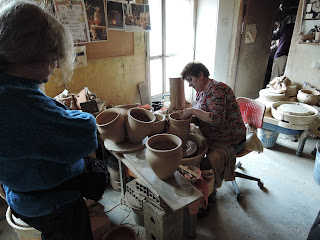 The visit to the stunning Douro gorge gave up views of two golden eagles and plenty of griffon vultures against breathtaking backdrops, but even more exciting was the find en route of a kill with a large Mastine present accompanied/pestered byover a hundred griffon vultures and 20+ red kites, hovering around for their portion of the red meat. I have already featured some wonderful photographs and video from this encounter on our Wild Wolf Experience Facebook page and I urge you to look at these; they are  truly amazing! 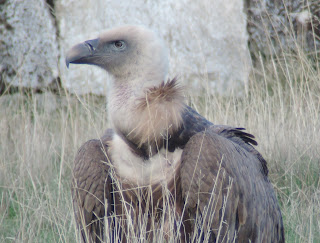 I make no apologies for attaching another photo and a different video of this memorable scene witnessed here in the Sierra de la Culebra.

At the end of the month we welcomed Eva back with her partner Matt. Eva had seen wolf with us before in January 2015 but this was to be Matt's first attempt. In changeable weather conditions, we tried morning and night, and after three days we had seen several red deer, roe deer and some distant wild boar, but the wolf presence was eluding us.  However, as a real climax to their visit, in the last ten minutes of reasonable light on their last evening's wolf watch, 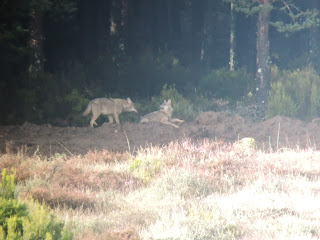 Matt whispered that he could see not one but two wolves! 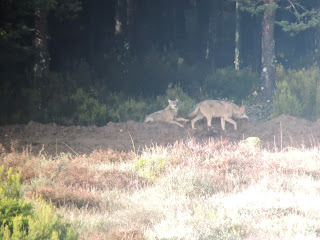 In fact, three wolves were seen that evening and we were delighted at such a finish when both Eva and Matt had never missed a watch despite fairly strong downpours  John was able to video these three wolves and I attach two of his videos above.The wolf at the top of this Newsletter is also from this view, being the darker, third wolf  seen.. What a wonderful finish to the month!

....We really enjoyed our wild wolf experience... and the tours of the regional villages which we found absolutely fascinating.  Thank you also for your company and the stimulating conversations.


(All photos and videos taken in this Newsletter were taken by John here in the Sierra de la Culebra. All taken in the wild.)


Posted by Wild Wolf Experience at 07:10