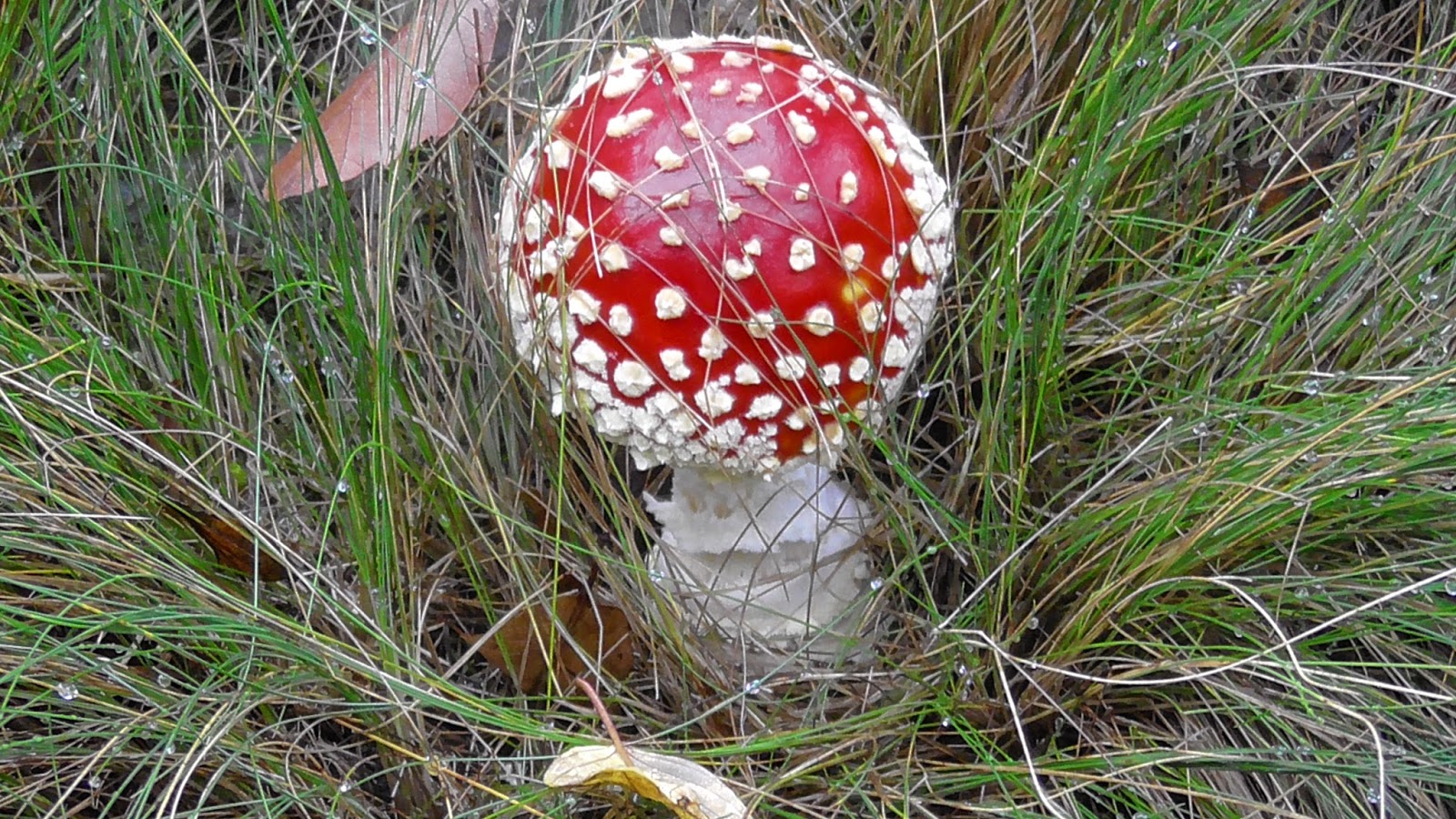 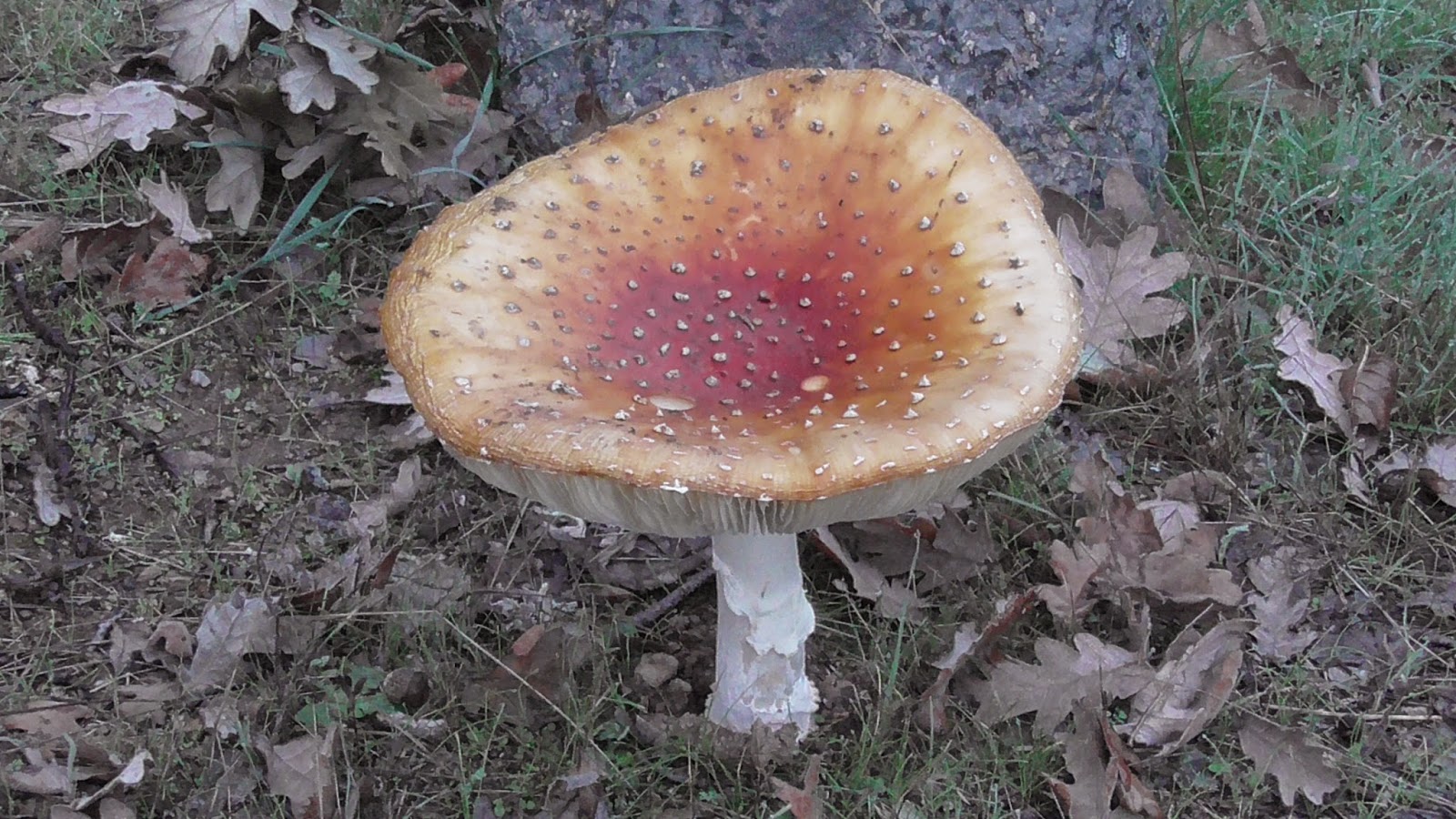 It's mushroom season here now, and locals are out in the forests collecting the delicious wild mushrooms which are then exported as a delicacy to gourmet restaurants in Italy, France and UK.  Mushrooms play a major part in the local economy here, and also in the local gastronomy. There are courses available  in the villages here to educate people about which mushrooms are safe to collect and the most desired variety, the Boletus, can sell for 28 Euros per kilo in Madrid!

Thank you friend and fellow wolf enthusiast Ignacio, for letting us share this wonderful photo of an osprey which was resident in nearby Sanabria during September and October this year.  It has now flown off for warmer climes, but not before giving Ignacio some fantastic views.


This month started off promisingly with views of 8 wolves( 2 groups of 4 wolves simultaneously) on the morning of the first of the month.  Joe, Romita and John watched them and John's video of this can be seen on our Facebook page for Wild Wolf Experience.

A few days later Gary and Colin were in the area hoping for wolf sightings and they enlisted John's help. They too counted themselves lucky with views of three wolves at 11:30 in the morning! They also enjoyed tracking and learning about the status of the wild Iberian wolf. No photos of their wolves, but a preying mantis proved more static and less camera shy! 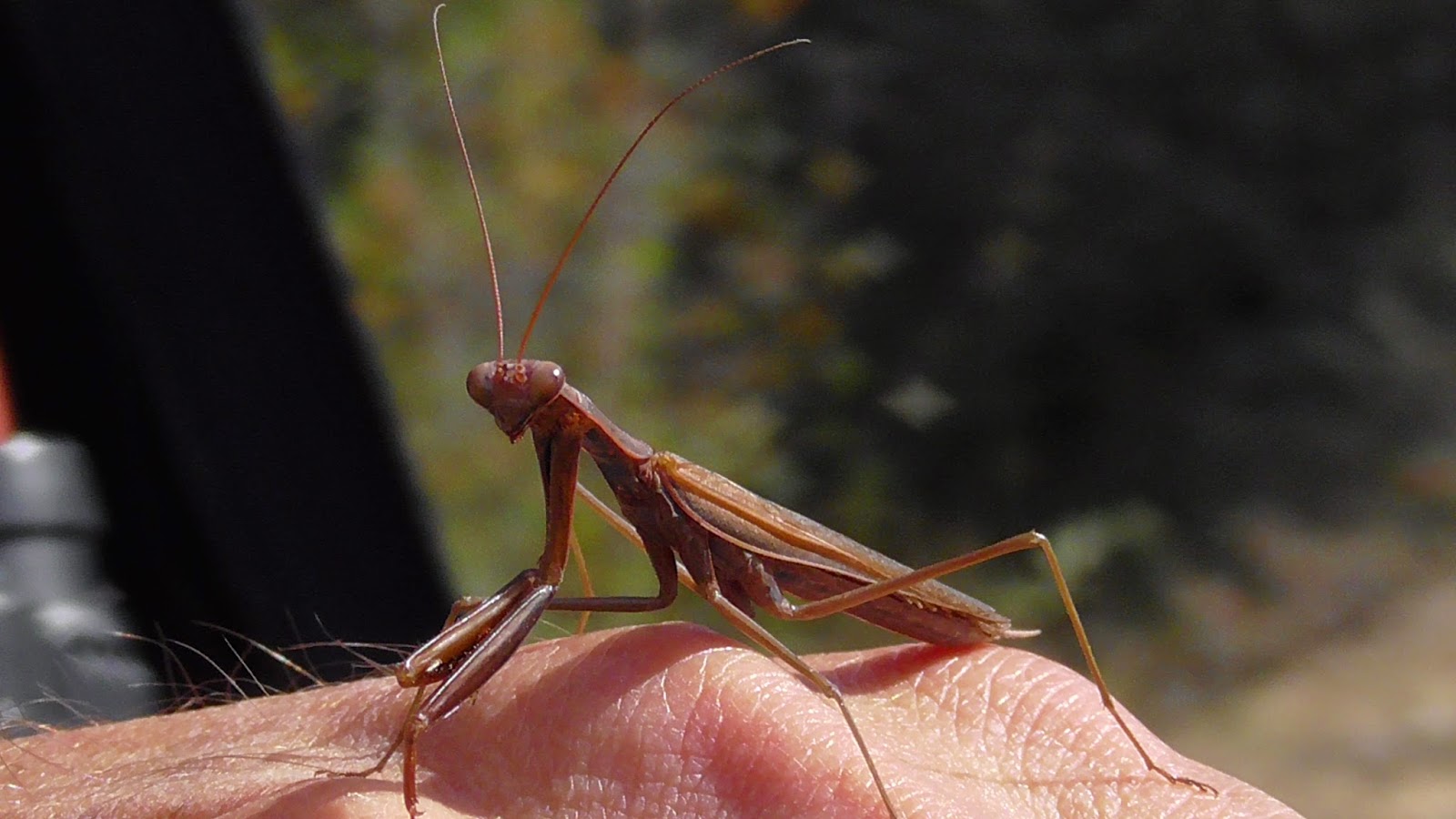 The journey from Madrid airport was eventful for Jane and John with very good views of male and female great bustards,griffon vultures and red kites. The great bustards were a first for John and Jane who were incorporating a Watching for Wolves tour into a more general exploration of Northern Spain. After a brief interval to settle into their hotel room,we all met up for our first wolf watch together- and what a successful evening!

As we set up our scopes, the stags were already sending out their rutting calls and could be seen clearly in a nearby field. It was not long before we were watching a large wild boar rooting around beneath trees in a ploughed area well within view. This was another first for John and Jane. But our attention was mainly focused on the large numbers of griffon vultures and several black vultures and ravens too. 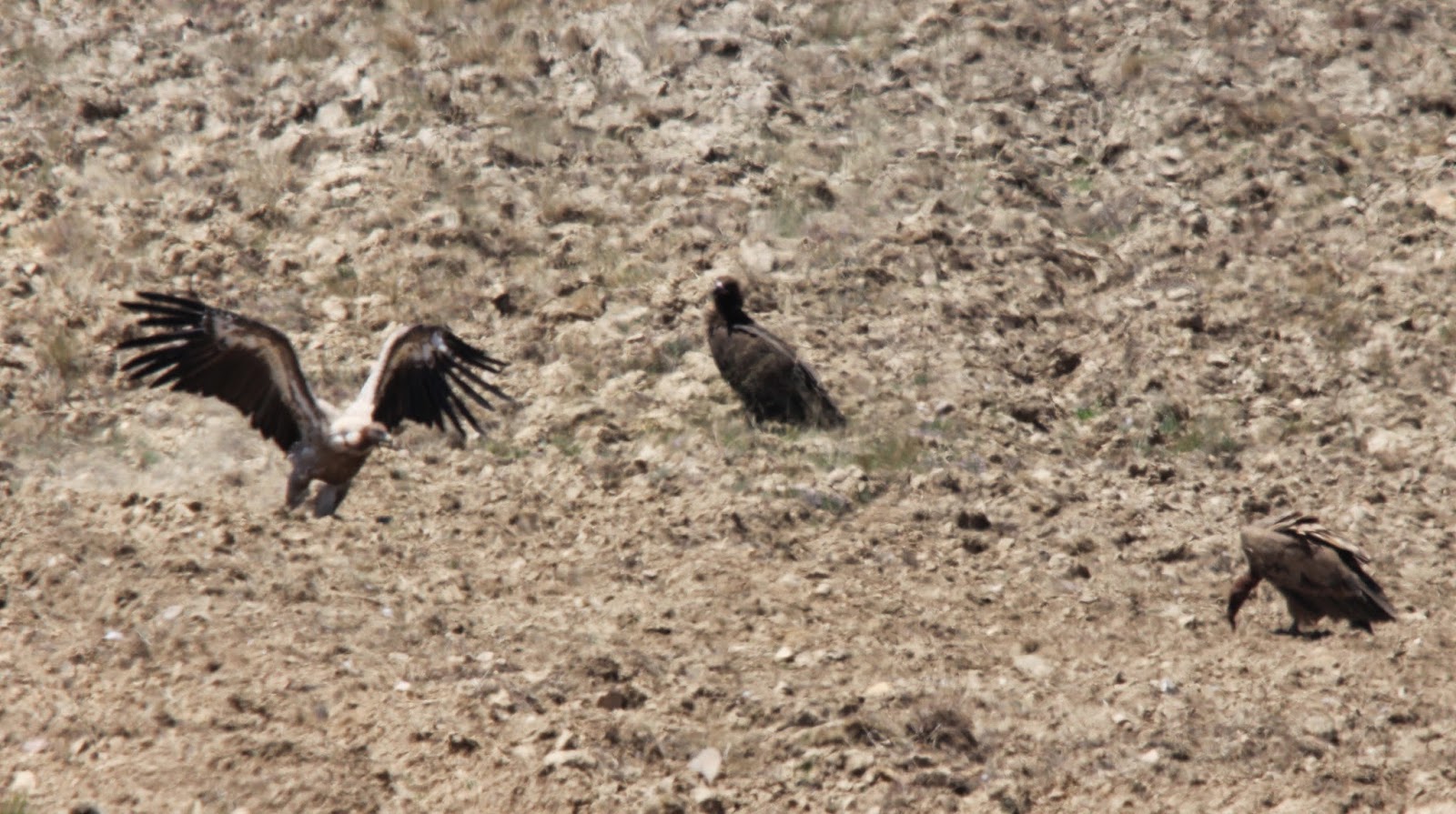 Several of these huge birds were attempting to roost by balancing on some of the smallest pine trees,normally using the same tree, and others were feeding on a dead deer on the ground.However, at 19:45 the avian attitude changed in a second and they took to the air. Fifty great vultures acting almost as one bird and for why? Well it was the presence of wolf of course, and we watched spellbound as not one but four wolves approached the carcase time and time again as dusk fell, We could watch them for as long as the light allowed and then we packed up our equipment with hushed excitement, amazed at such a wonderful day of wildlife.

Some mornings were wet during the rest of Jane and John's tour but that didn't stop the intrepid wolf-watchers! A highlight of the tour was the visit to the Douro Gorge where short-toed eagle was to be spotted amongst several griffon vultures, red kite, common buzzard, red-billed chough and Iberian grey shrike. 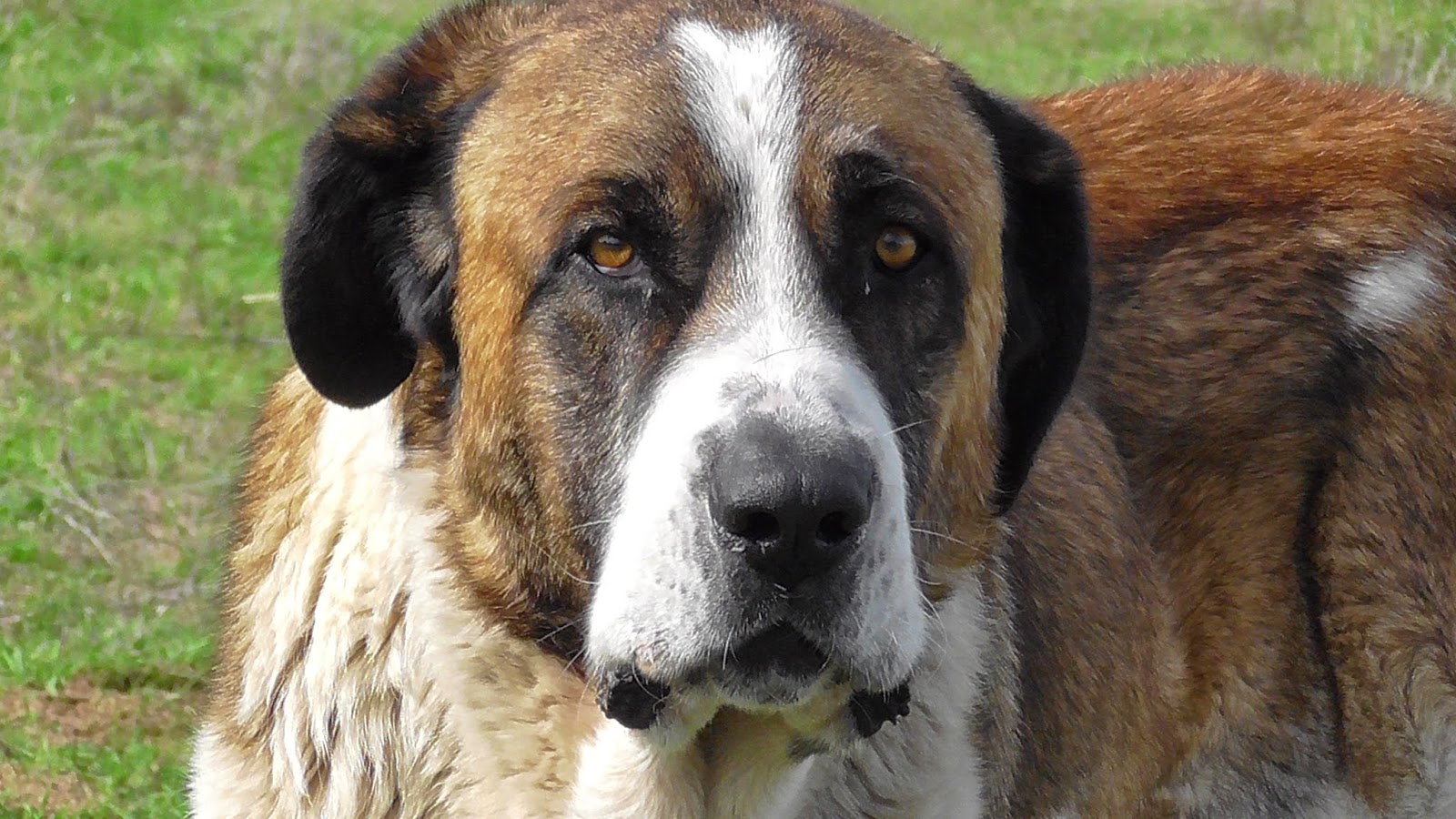 Jane was able to see a Mastine dog at close quarters as a young dog proved surprisingly approachable.

Both Jane, John and Duncan who arrived later this month for a Watching for Wolves tour, enjoyed close views of crag martins at the dam at Miranda do Douro and Duncan's views at the gorge included three golden eagles,plus griffon vultures, cirl bunting, Iberian grey shrike, Iberian green woodpecker and crested tit, a very special first for Duncan.  He also managed to see the Iberian water frogs by the clapper bridge and two smooth snakes at Aldeia Nova


We do not often see many people at our gorge viewpoints, but when we do meet people they invariably have a story to tell, and Duncan's visit was no exception. A French speaking lady was delighted to regale the history of her parents' courtship days in the gorge, when her Portuguese future father would swim across the gorge to charm his Spanish sweetheart, her eventual mother,and in true entrepreneurial spirit, he made his efforts worthwhile by simultaneously smuggling quantities of tobacco over the border whilst ostensibly courting his senorita. 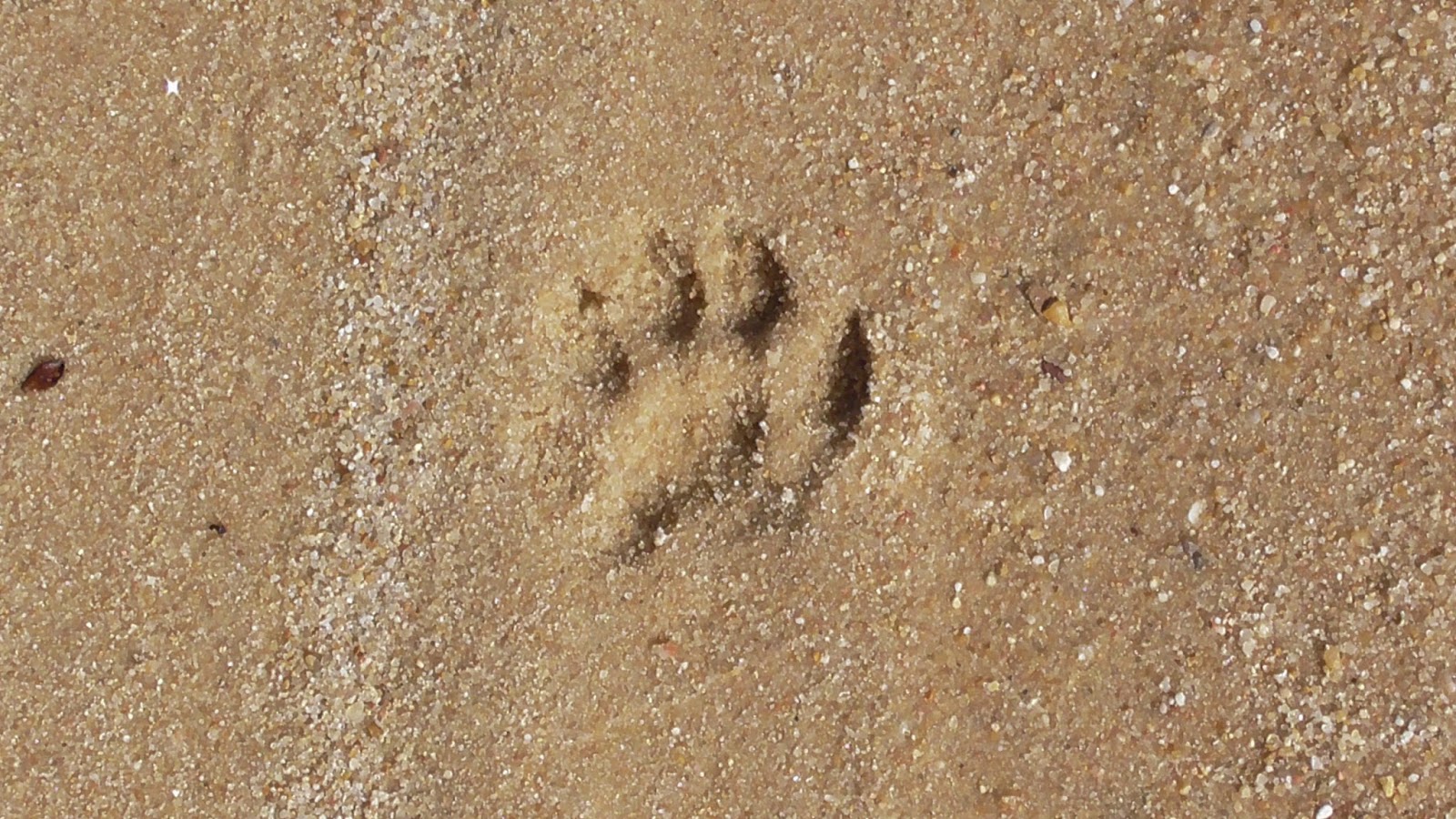 The weather was more settled for Duncan's Watching for Wolves tour and during some excellent tracking and village walks, he found fresh wolf tracks and scat plus clear otter tracks.There were also several  sightings of rock bunting,


There were still some remnants of stag rutting calls during our wolf watches and we were lucky to see a large family party of about 11 wild boar travel through the heather and cross the firebreak one evening. 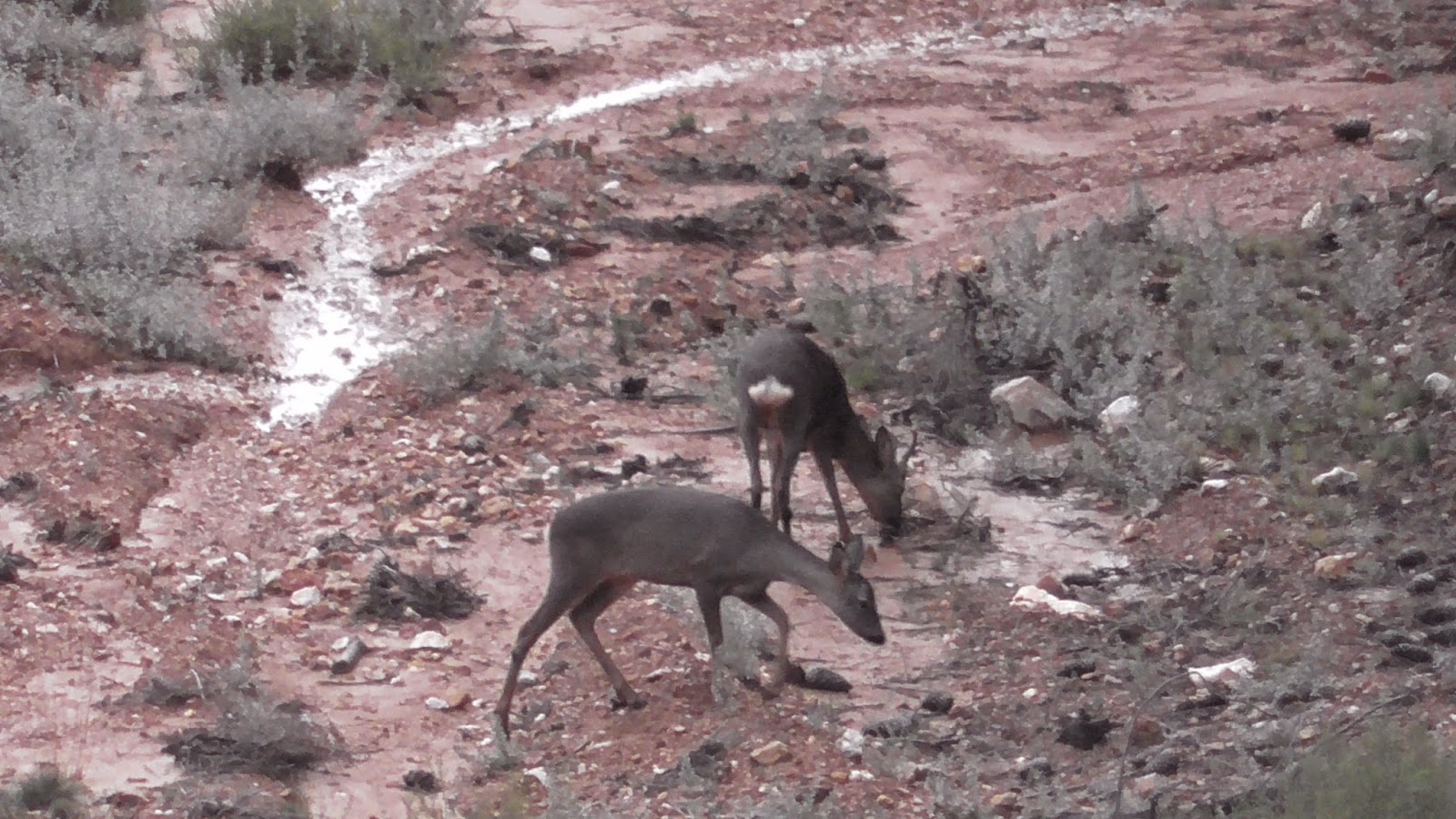 Roe deer were out aplenty this week too and John and Duncan could regularly check the progress of a male hen harrier in the valley.However, the most exciting sight during this tour was reserved for Duncan as he noticed the sudden appearance  of a wolf travelling from left to right across the track close to us. Within seconds it had disappeared behind a copse of trees and could have traveled anywhere in the heather there without being located, but it was Duncan's first wolf! We scoured the area with telescopes,knowing that it was there, but without any more success. That view was Duncan's very own, and very special too.

The skies here are wonderfully clear and we had a good time one evening with the Starwalk app trying to put names to the constellations filling this night sky.Upon looking down, there was further interest as we watched a fire salamander searching out a winter hibernating hole.

Another month of super sightings, and who knows?...We may yet get a Hallowe'en wolf!


"Thank you very much for the great time I had. It truly was an experience to treasure.
I have learnt so much about wild wolves, mostly that there is so much more to understand.
Thanks, once again, for your company and shared knowledge."       Duncan.

Posted by Wild Wolf Experience at 10:19