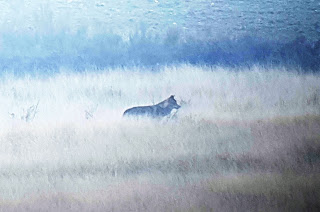 We have been so fortunate this month to enjoy such excellent views of wolves in bright, sunny, albeit cold conditions.


The lake at Sanabria has been frozen. A beautiful place but very cold this January. 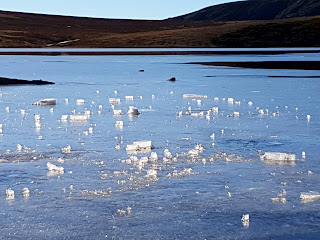 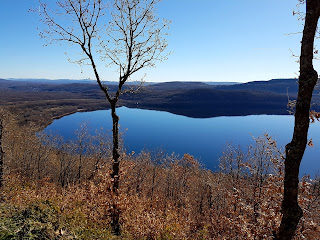 John is out watching for wolves and other wildlife most days, including Christmas Day! The following video captures the moment when an alpha male marks its territory.


With no heat haze or heavy vegetation to hinder viewing, this month's photos and videos have been excellent! John has been able to share several of these moments already on our Wild Wolf Experience Facebook page. The winter months can provide wonderful viewing opportunities of the wolves as this video testifies.

Christmas Day 2015 of course gave us those wonderful moments with the full pack caught by John on video, but the view for Christmas Day 2016 was also very special, if much smaller! While exploring some local caves with friends Wil and Puk post Christmas lunch, John found a Garden Dormouse - a very rare sight.  Indeed its status is registered as "vulnerable". 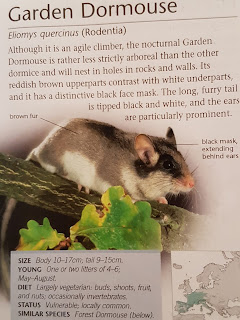 As you can see from the photo I include for reference this is a very pretty creature rarely seen as it is extremely nocturnal. The specimen John, Wil and Puk saw was on a ledge under a nest in a cave entrance. This was a very special treat indeed. 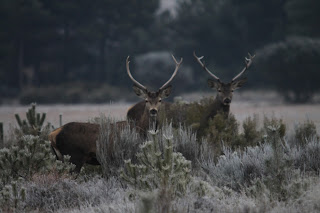 We have also been treated to some memorable moments watching herds of stags grazing and play-jousting in the white frosts of morning; sights which have helped make those early morning January starts so worthwhile.

Roe bucks are in their velvet now as we can see from this lovely video taken here this month by John.

There have been plenty of Iberian Grey Shrikes present in the Sierra de la Culebra this winter. 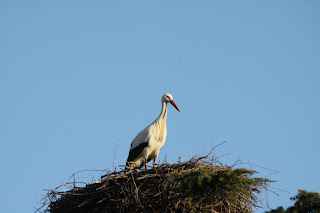 The return of the white storks to their traditional nest sites is always cheering and many locals welcome them as harbingers of Spring. Usually this occurs in February but I was astonished to see a returning white stork on an old established nest in Villardeciervos on January 11th.  It has now been joined by a small number of intrepid individuals at other sites, but this return is extremely early in the year.  I am now already looking forward to February when they return in greater numbers and the joyous bill-clacking of storks reunited with their partners echoes from almost every vantage point. 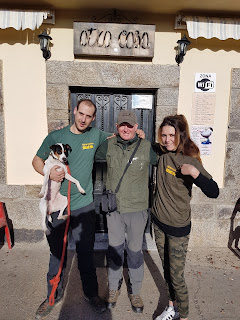 Jon and Ixi were delighted to be able to take photos of wolf on various occasions this month, experimenting with their new camera and wearing their new Wild Wolf Experience T shirts!


January concluded with an incredibly close encounter between John and an otter.  During an afternoon walk, John and the otter met on some sunny rocks as John had obviously disturbed the otter's sunning session on the rocks warmed by the winter sunshine. As the otter took refuge in the water, John was able to shoot this lovely video footage in clear, mid-afternoon sunlight.  This video has proved very popular with our Facebook followers and I make no apology for reproducing it here also.

So January is now behind us and we have escaped the snowy, wet conditions experienced by much of the rest of Spain. On this, the last day of January 2017, the dawn rises on this unique, rather special area after another month of wonderful wildlife sightings I am happy to share with you. 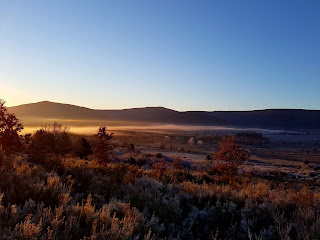 Posted by Wild Wolf Experience at 07:29