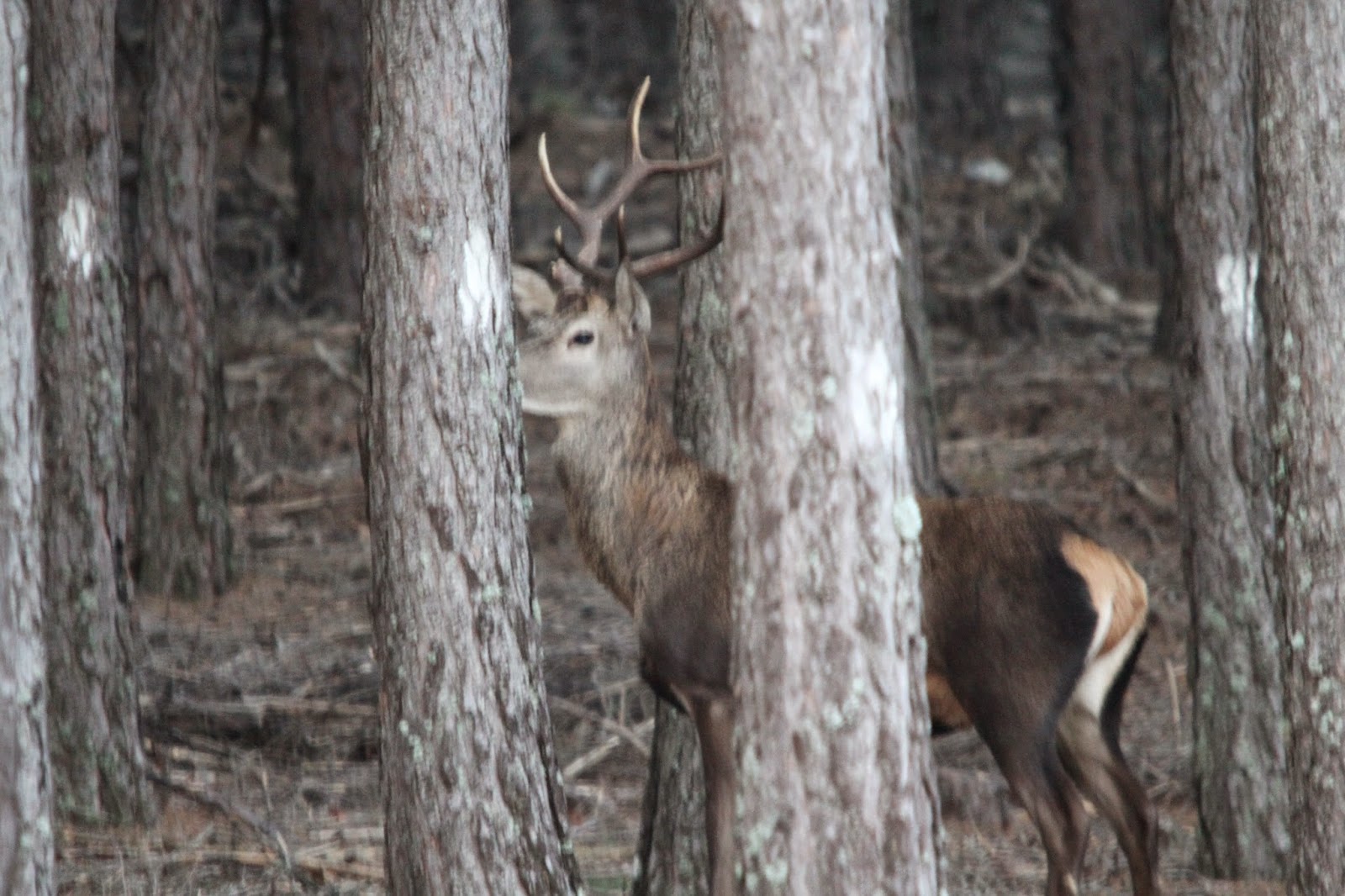 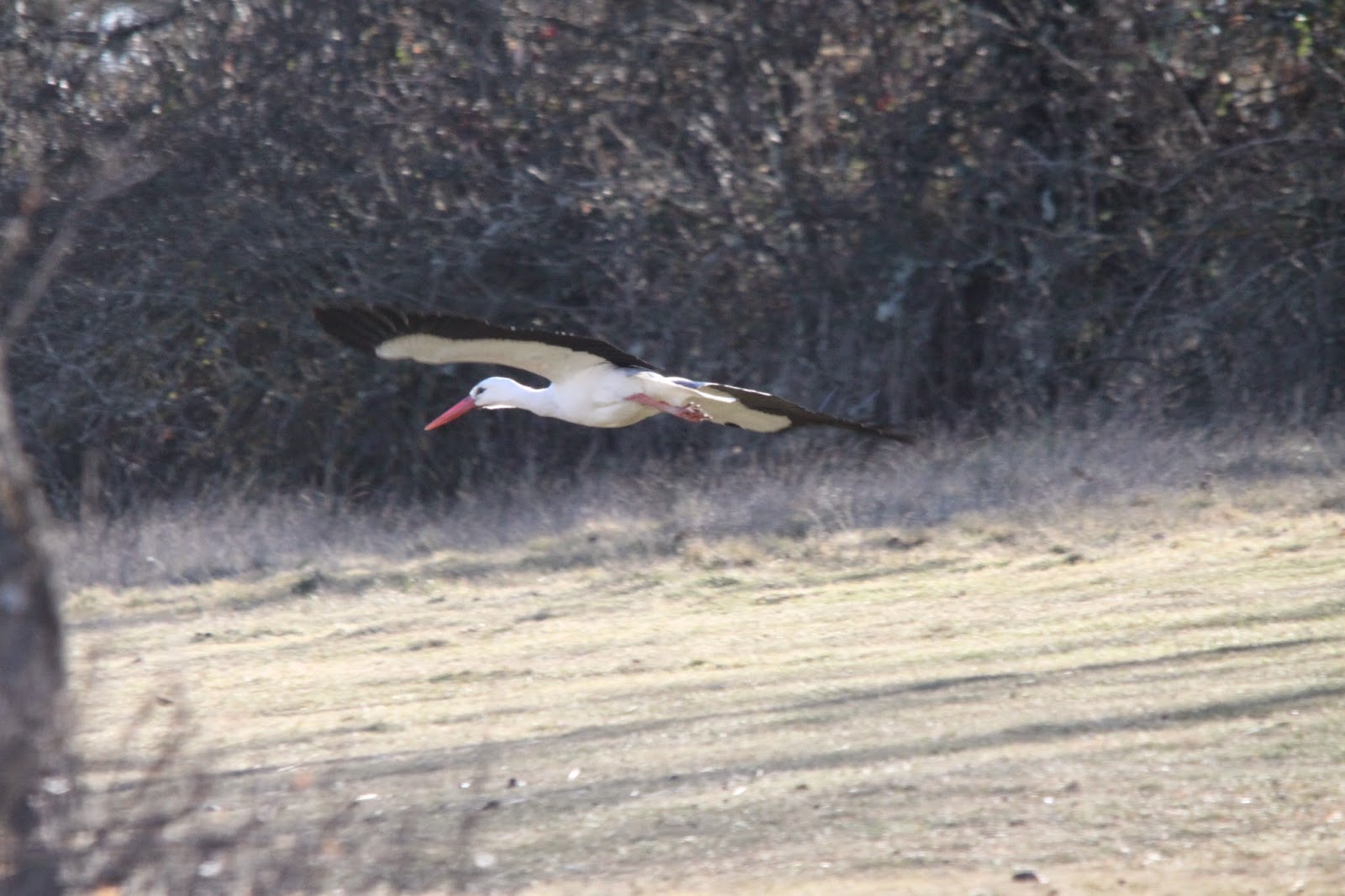 This has been a month of crisp sunshine and clear viewing. It also heralded the return of the storks to our villages with the first sights here being recorded on 8th February. Now the beak clacking is in full swing and new arrivals are establishing their nest choices whilst we also welcome the older birds to their regular nests.

Two days later, on 10th February John had a first for us here in the Sierra de la Culebra...a Woodcock flying up just in front of him whilst out walking the trails. We are also excited to learn of studies being undertaken in the rivers in Sanabria near here to record the presence of  the Iberian desmon. The waters here are so unpolluted that it appears to be providing a safe and productive habitat for this lovely little creature.  John and I have seen old photographs of desmon taken by villagers here,but it is heartening to learn of their continued presence and indeed in such healthy numbers.

Another interesting sight just as we were eating our lunch in the garden on 27th February was our first sandmartin of the year flying over our heads making alarm calls and then progressing to begin mobbing a sparrowhawk which had been displaying above us. One day later,on the last wolf watch of February, John had a lovely view of a nearby sub-adult golden eagle leisurely quartering the valley below him,hunting over the same territory as the wolves. Two apex predators...one avian and one terrestrial. 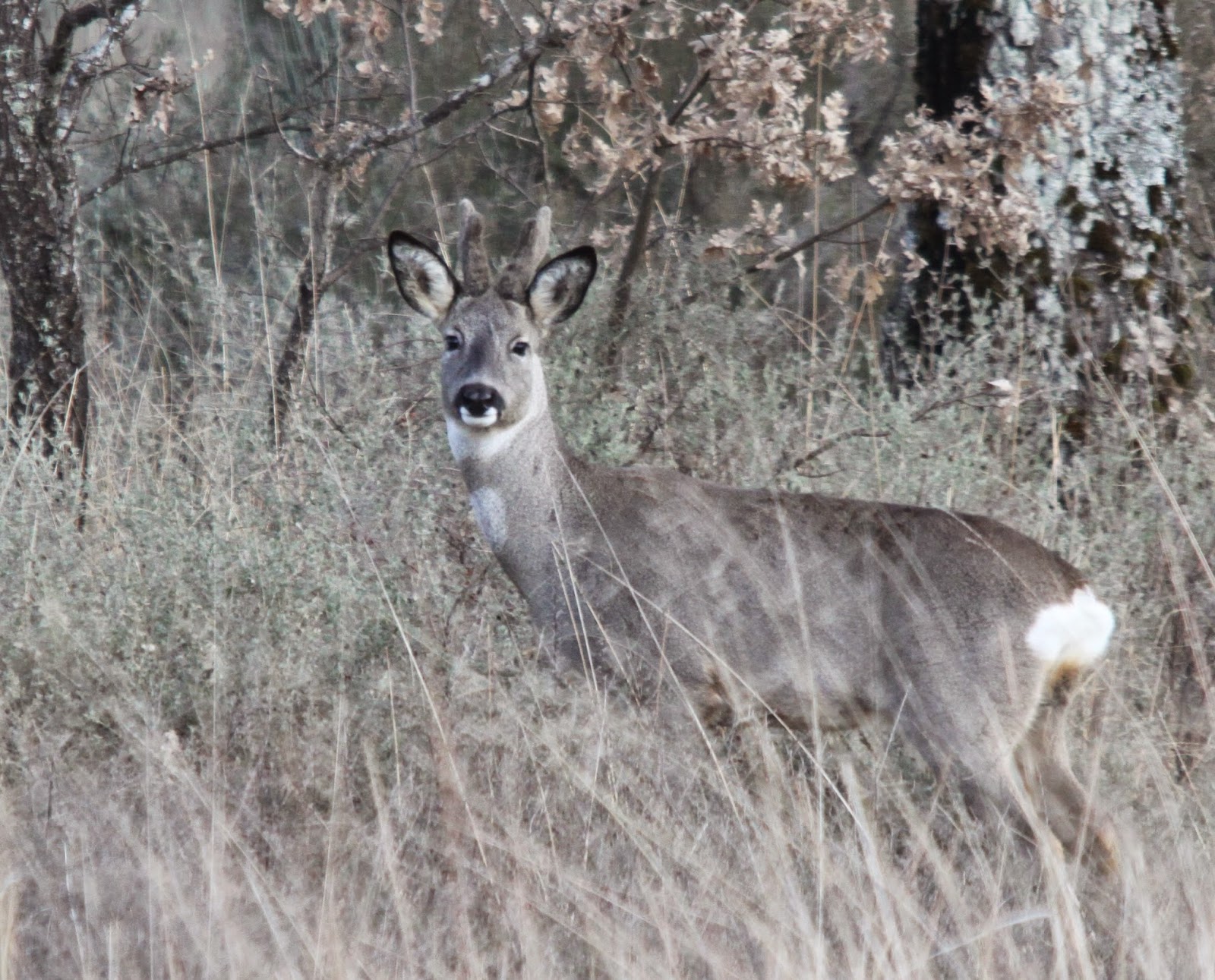 En route to the viewpoint,he also encountered this super roe deer buck with the velvet of it's antlers clearly visible.

But what of the wolves this month? They have granted us tremendous views as they are still obviously in their full winter pelt and looking in fine condition. Here is a video taken by John this month of a large wolf, This was a fine specimen sporting its full winter pelt and we were able to watch for about fifteen minutes as it went about it's business undisturbed although fully aware of our presence.

The roads here are generally pretty traffic-free, but as you can see from these photos taken in the past fortnight, it is not always the cars you have to watch out for! 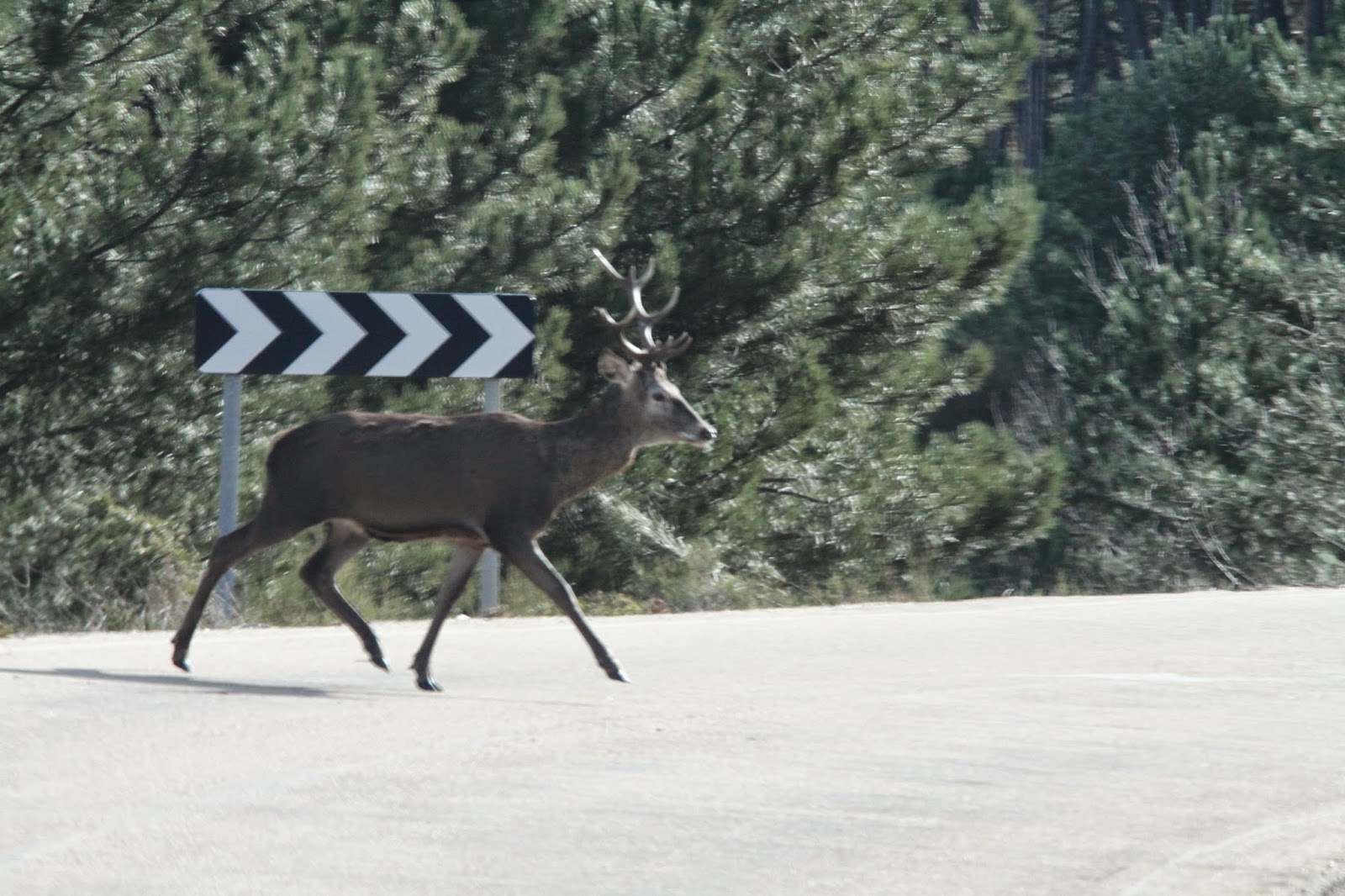 Already this morning, 1st March, John has had a weasel running across the road...too quick for a photograph...but we certainly have some interesting encounters on our journeys. You just never know what is going to be using the carriageway! 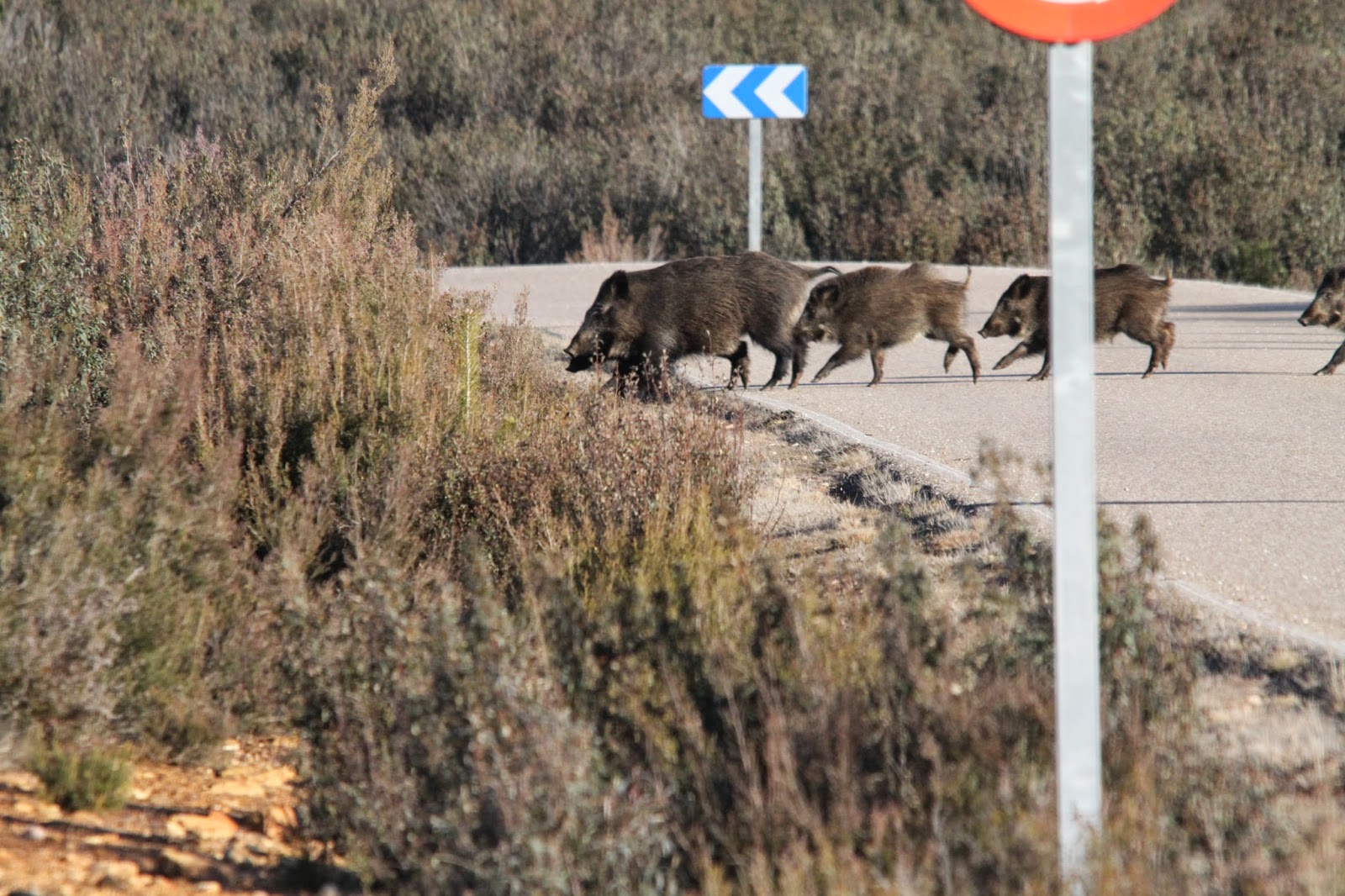 Posted by Wild Wolf Experience at 10:33