August is the month of fiesta here, where normally quiet villages echo with celebrations of dance, street markets and costume, and we have enjoyed celebrating with our Spanish neighbours this month. We have also celebrated some wonderful wolf sightings during our tours this month. Kerry actually notched up 7 individual wolves,including one cub,during her Watching for Wolves Tour in the first week of August. Views during this tour were lengthy and fascinating,showing the magnificent alpha male and his female, who were later on one occasion joined by three other pack members greeting each other in the fading evening light. Promisingly,sightings have not been limited to one particular pack area, so we are positive about sightings continuing at various locations. 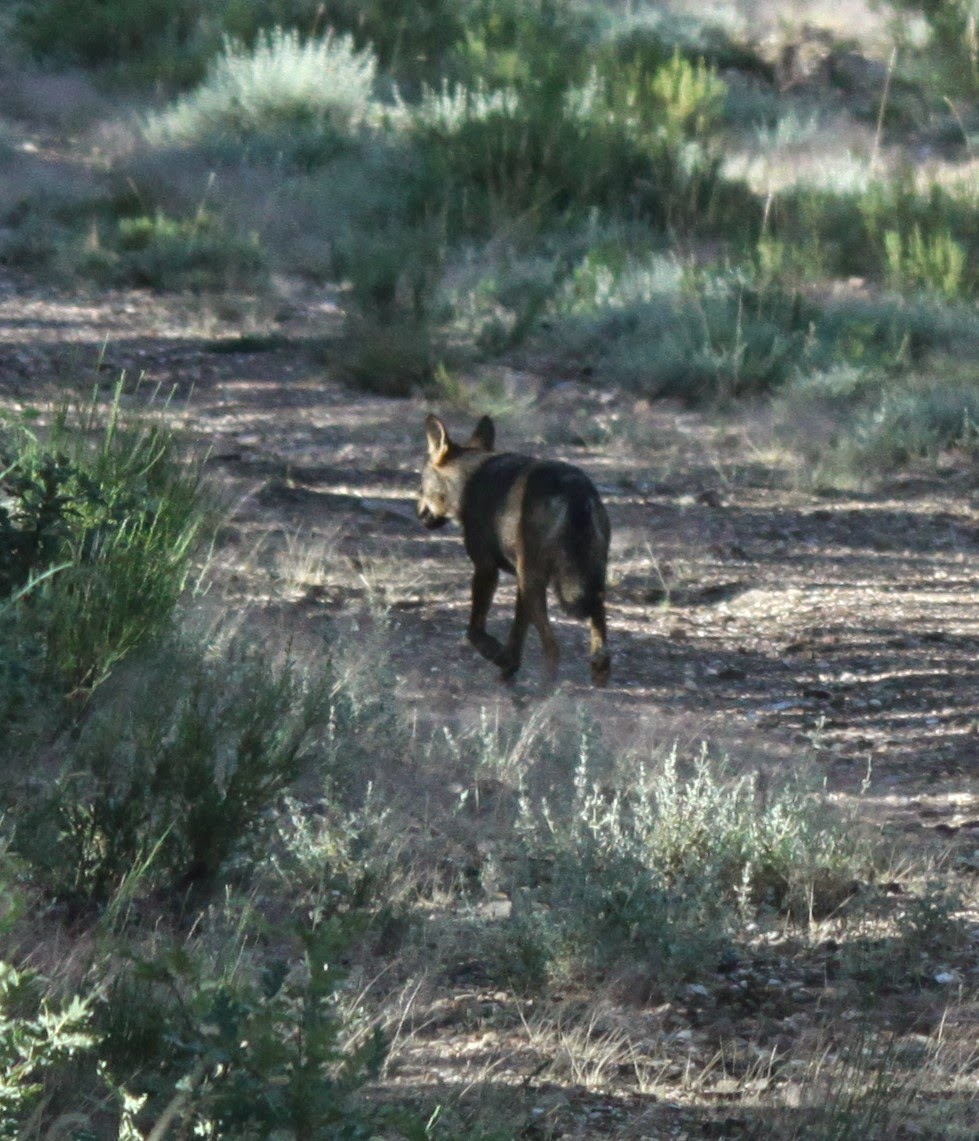 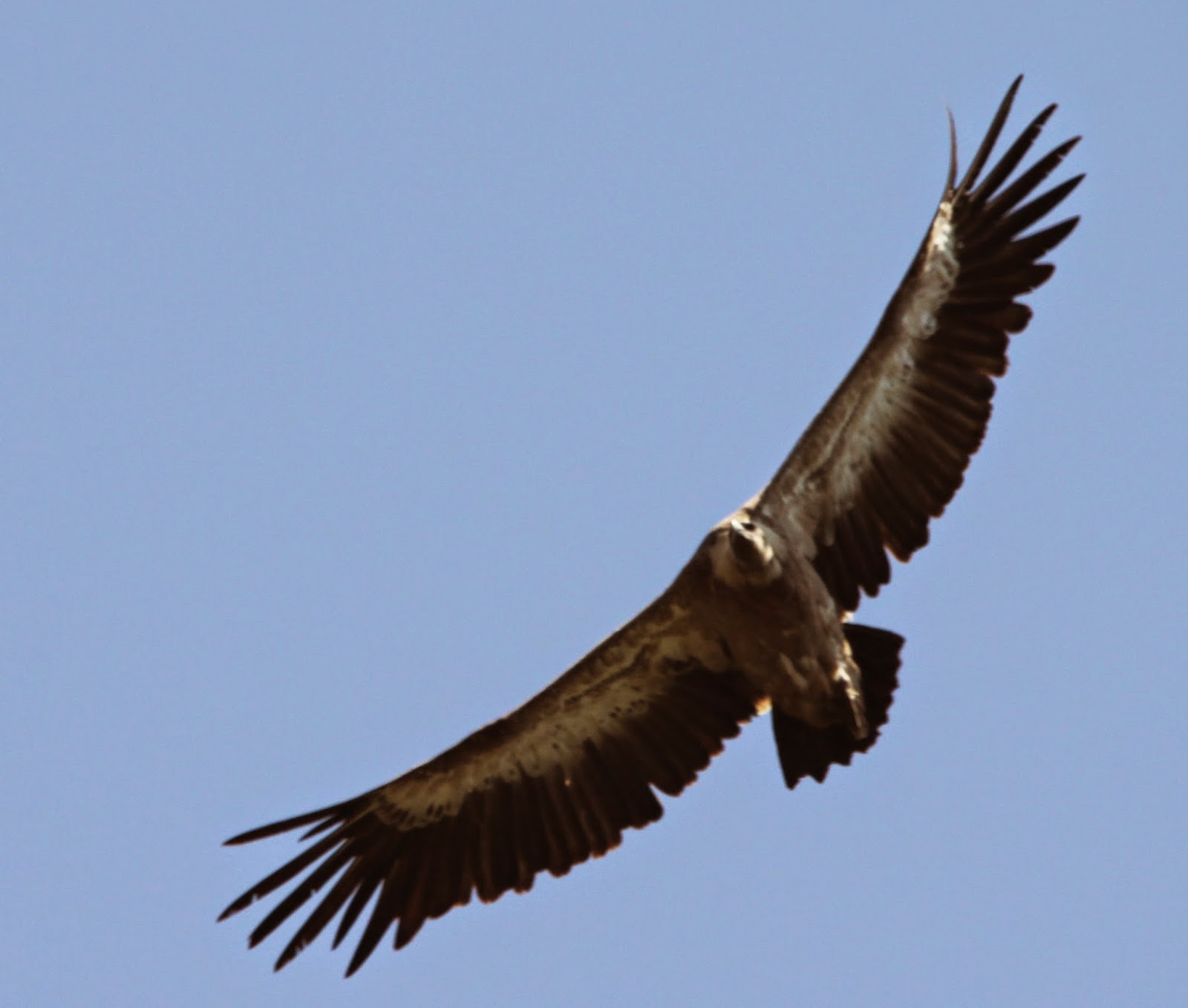 Kerry also enjoyed her first views of golden eagle, griffon vulture, Egyptian vulture,Alpine swift, crag martin and crested lark during her visit to the Duoro Gorge, and her first hoopoe, short-toed eagle and booted eagle were seen close to  the hotel. The excitement carried on right up to the last morning with a good,clear view of wild boar on the journey back to the airport. 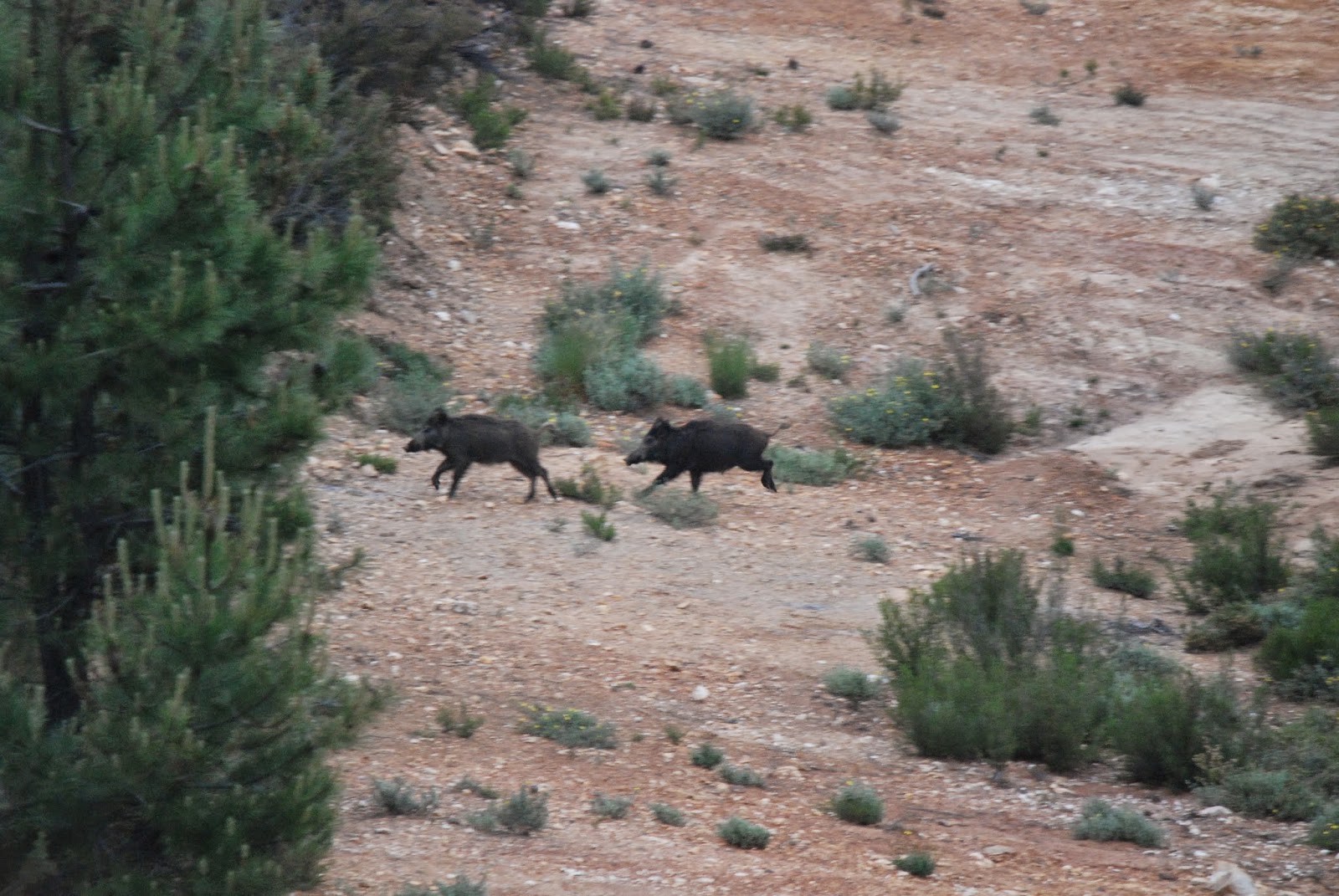 Robert and Sally were interested to experience the Sierra de la Culebra in high summer, having previously enjoyed a successful Watching for Wolves Tour in April 2013 (report earlier in this blog). The very first night of their summer tour Sally remarked upon a stag looking ill at ease on the hilltop rise,and immediately we got on to it, three wild boar hurtled across the low heather,aiming for the security of the nearby wood. Although they were travelling fast,it was a long,clear view of these secretive creatures, and a promising start. As dusk turned to darkness in the waning moon, two foxes settled down at the front of the firebreak to watch us pack up. 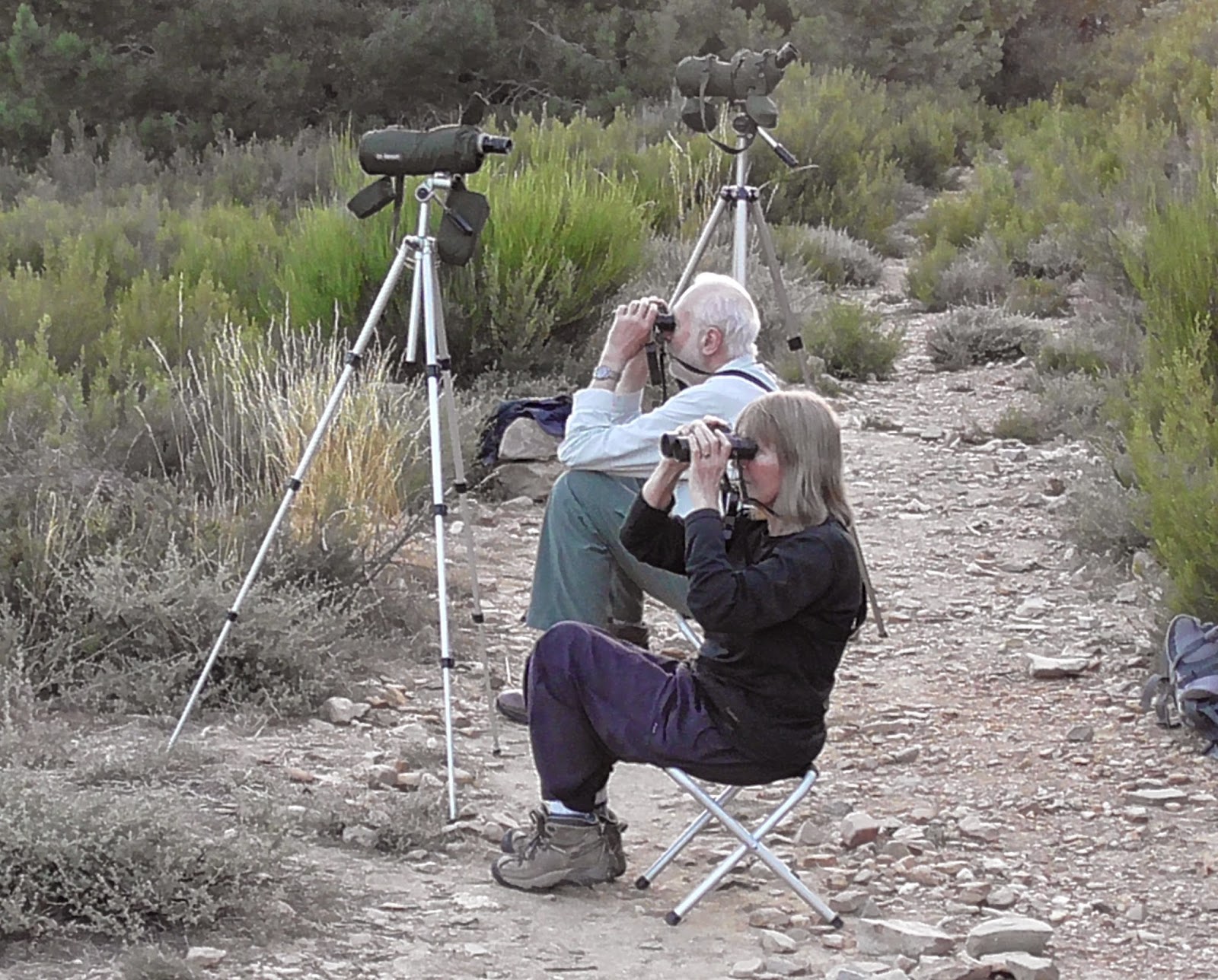 Robert and Sally's good luck continued the next morning with the appearance of one...and then another...wolf in lovely morning sunlight, probably travelling to lie up for the day by the nearby water. The video of this fantastic sight is featured on the blog  in the post previous to this. 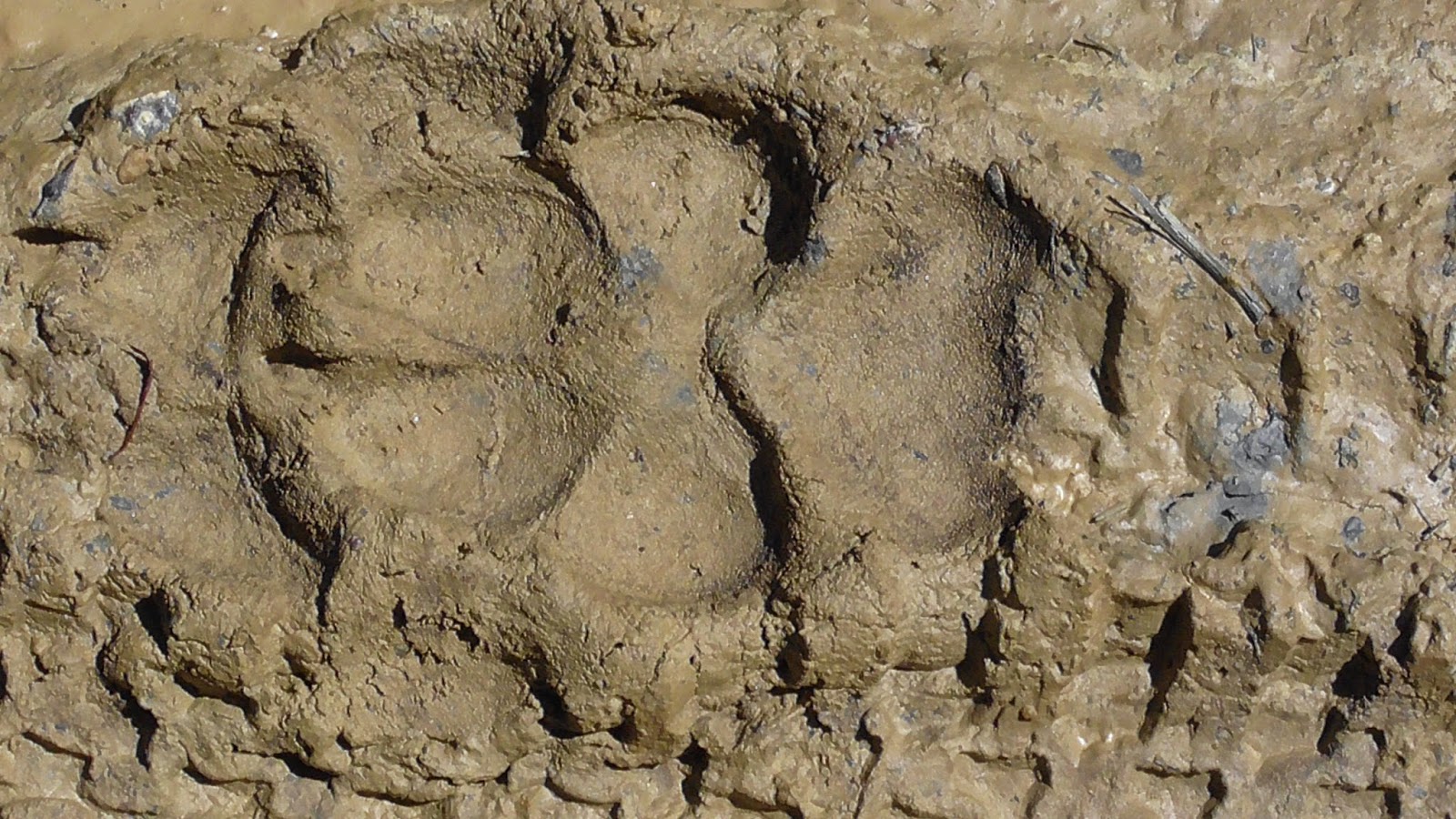 We were heartened to note the fresh regrowth at Aldeia Nova after last year's fire, and decided that  a few good heavy rain showers would soon get the green to colonise this area again. It has been interesting to see the terraced hillsides on this steep gorge, clearly visible after the devastation of the vegetation which had previously hidden these old pointers to a time gone by when workers would be tending vines on these almost vertical slopes. A honey buzzard flew close to our heads and there were also good sights of golden eagle, griffon vulture, crag martin and red-rumped swallow. 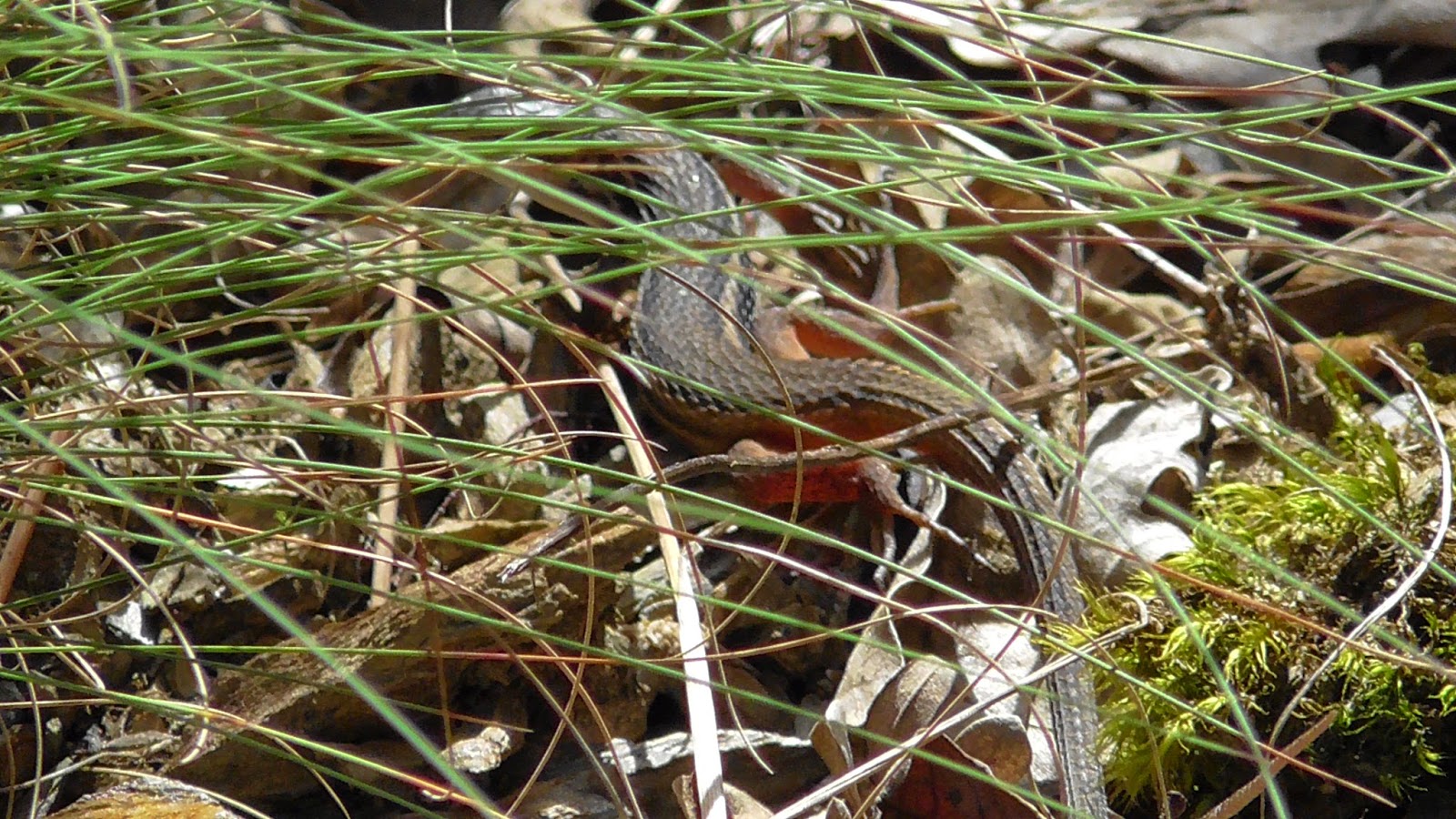 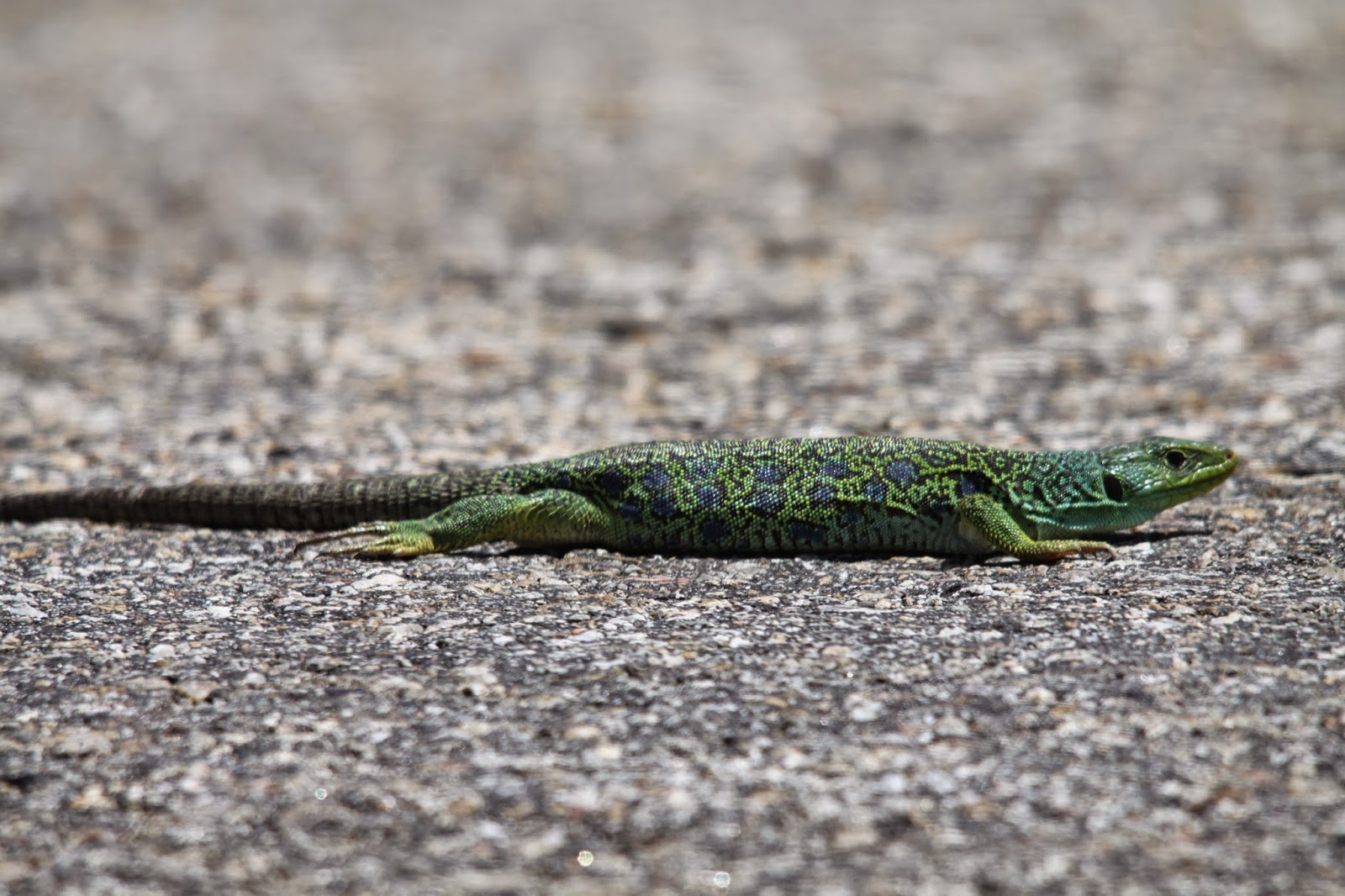 During the village walks in Flechas and Santa Cruz  Robert and Sally were able to see large Psammadromous lizard, oscellated lizard and spotted flycatcher plus marvel at the ancient sweet chestnut trees with their impressively patterned trunks of wide girth. 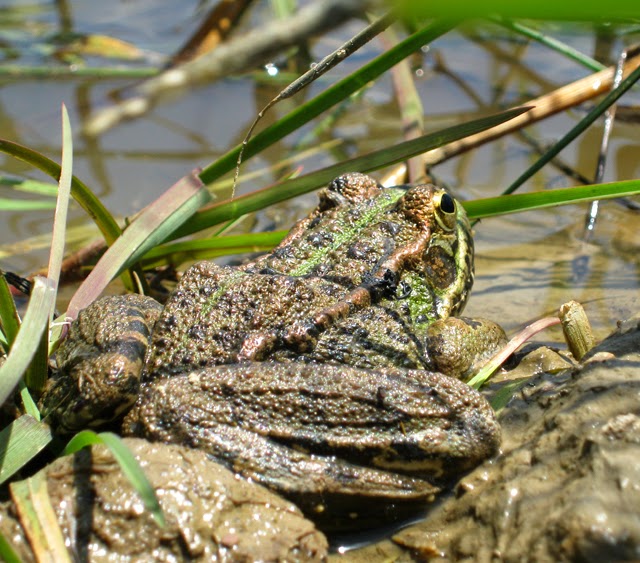 At the  ancient clapper bridge, Robert, Sally and John met a Spanish bird enthusiast who kindly showed them her summer home, and provided very welcome cool drinks after giving generously of her time to show the lovely walk by the remains of a series of watermills, where a wealth of birds were seen including hoopoe, serin, bee-eater and great tit plus Iberian water frog and tree frog. There was also genet evidence with multiple droppings in a latrine site. 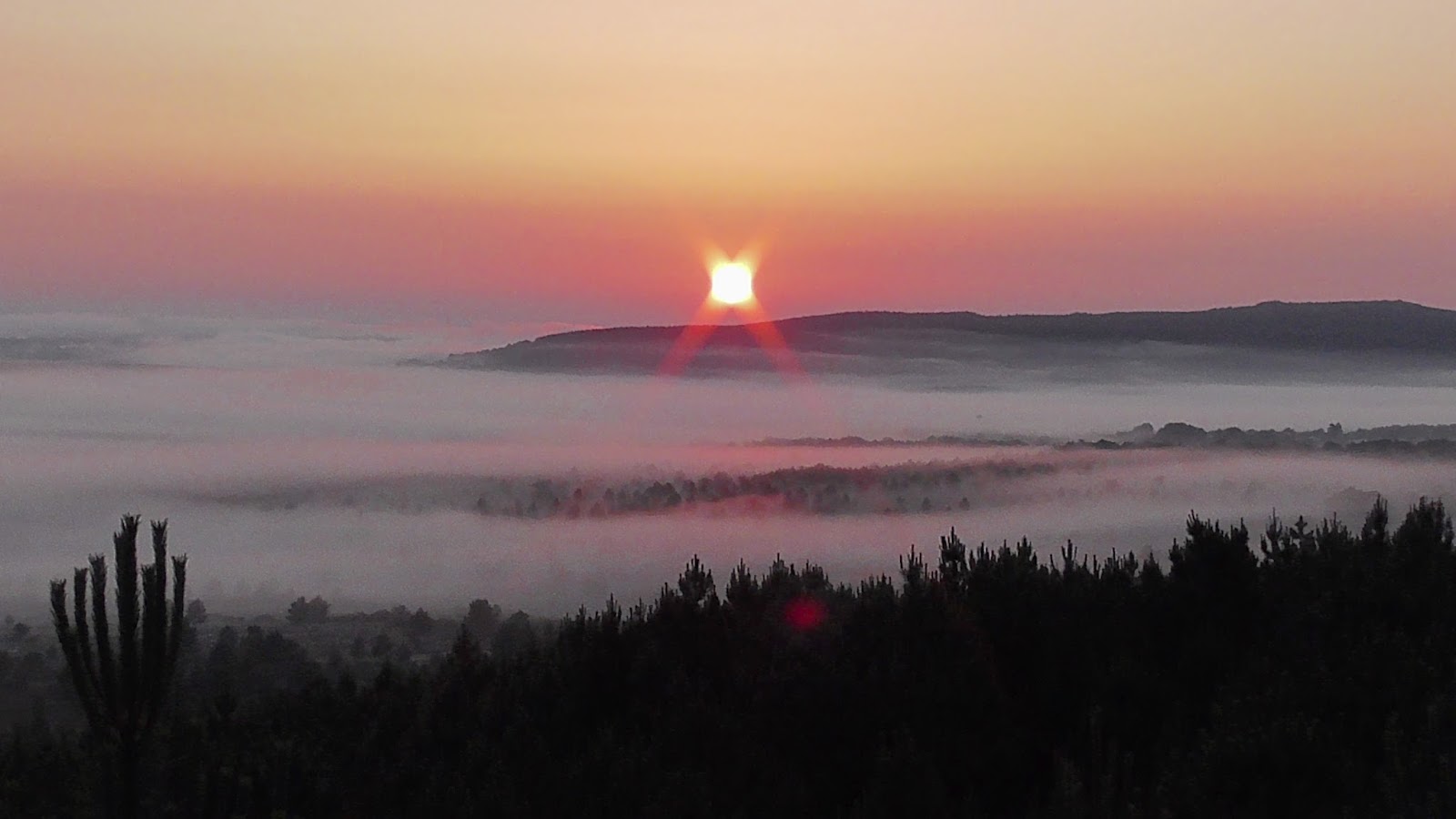 Even on watches when mammal sightings are few,the wonderful sunrises and sunsets,and the calm of such moments, remain long in the memory. 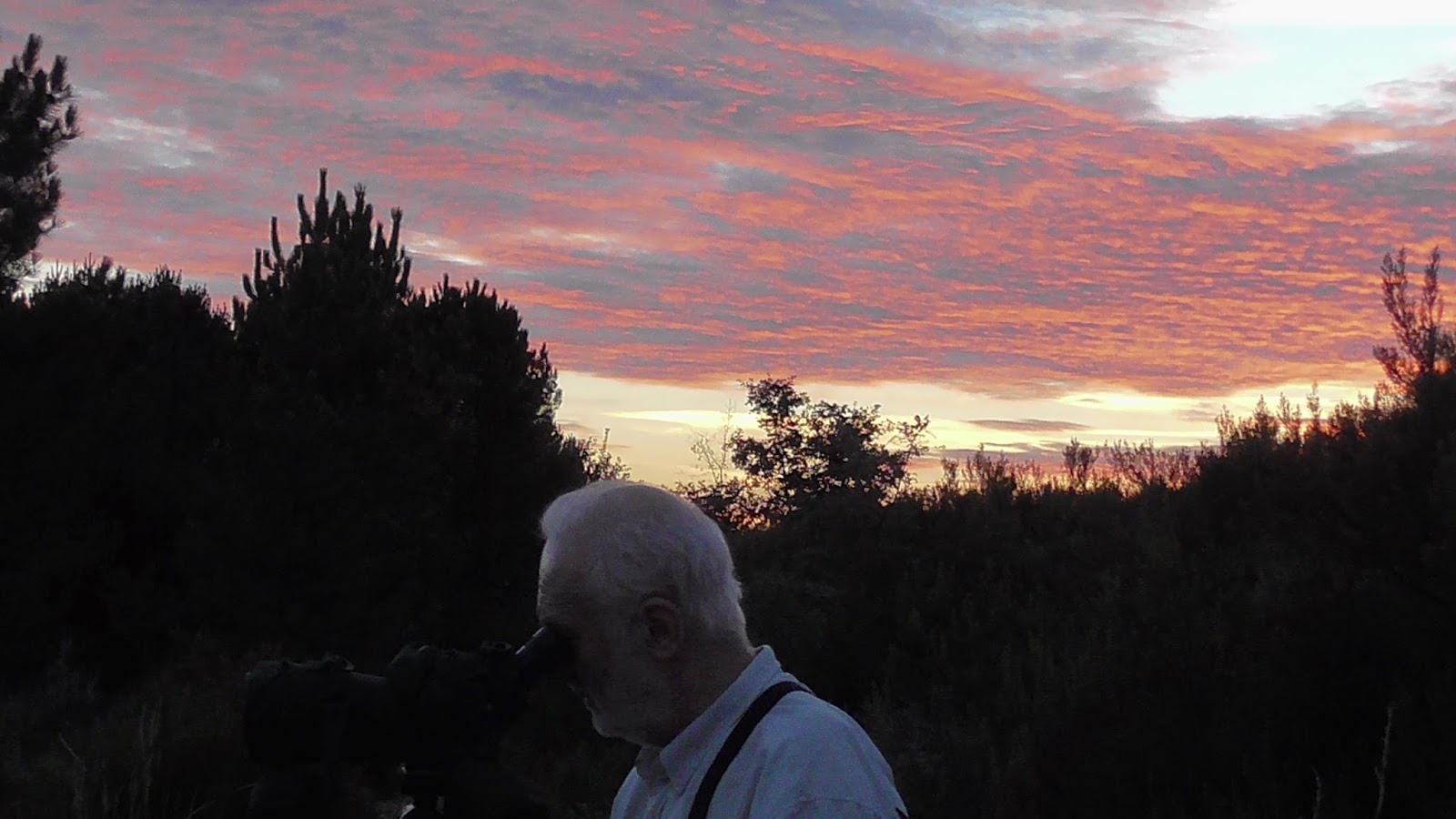 We were delighted that our son Iain was able to join us,not only for the fiesta celebrations but also for some most productive wolf watching.One evening we were treated to a large wolf loping in relaxed manner up the hillside and out of view, only to be followed by a chance of a lifetime the next morning;  the opportunity to watch as three stags were transformed from grazing animals into  fleeing wolf prey,as in a split second they were literally racing for their lives with a large wolf running fully extended at their heels.We all got caught up in the excitement of this chase over low heather, with unbroken visibility, until all four ran over the hilltop and out of view...but what an occasion! 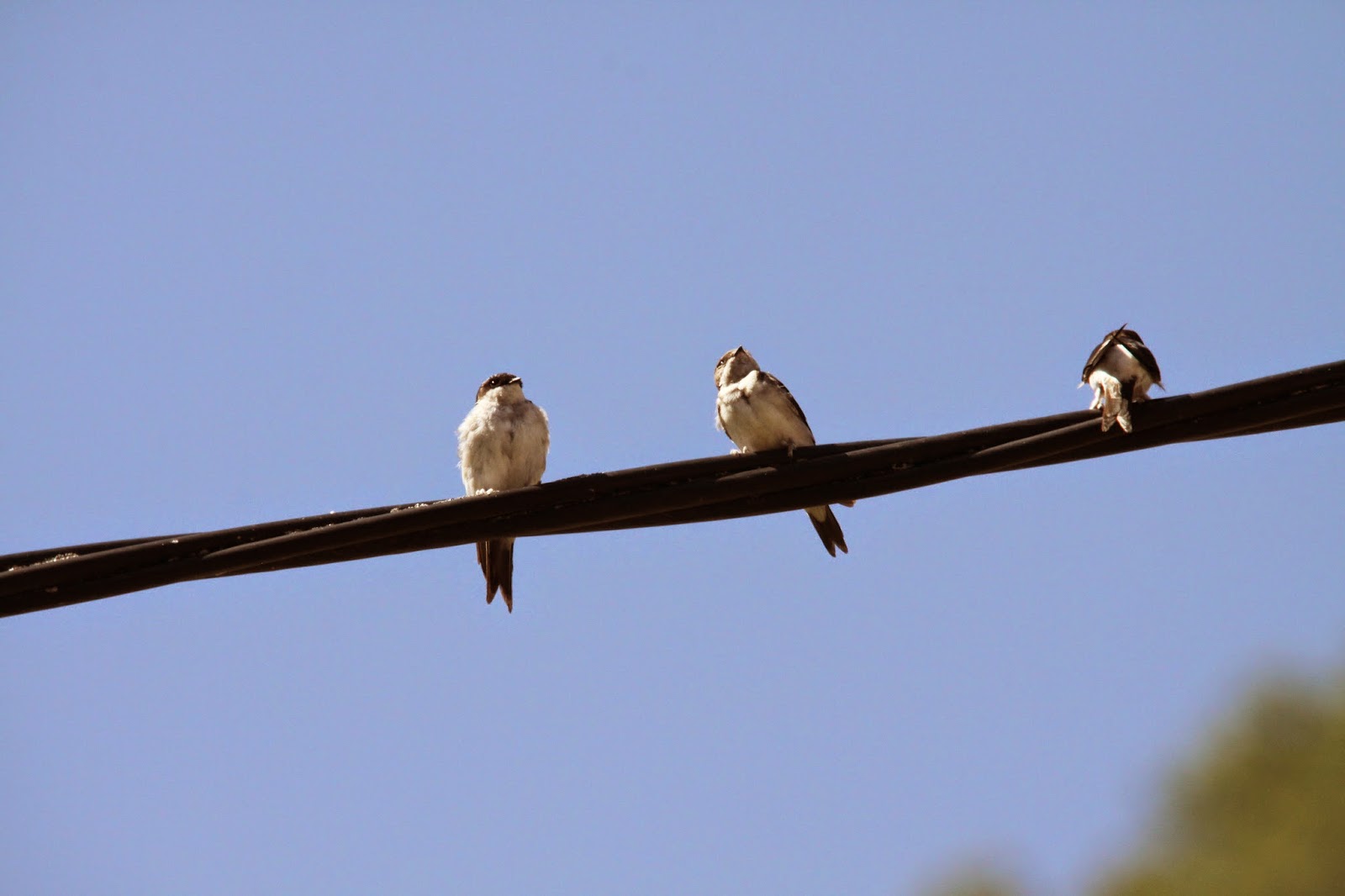 The swallows and housemartins are gathering on the wires,wings fluttering and their general restlessness heralding their imminent departure for another year and rural life will settle again- I presume!- after the August fiesta season.I finish this newsletter with happy memories of a wonderful August enjoying exciting wolf sightings with friends and family.


"Thank you for a wonderful trip and some amazing views of the wolves and other wildlife!"