Hello to you all,

"Sharp-shooter Ottway is employed by a refinery in Alaska to shoot the wolves that sometimes target the rednecks as they carry out their exhausting work.  After a gruelling five-week shift, Ottway boards the plane home only  for a brutal storm to wrench the craft apart, depositing the widower and 7 other men into the Alaskan tundra.  The men huddle together...but the local wildlife quickly encroaches on the crash site, attacking one of them.  With the howls of the wolves chilling the survivors even more than the icy blasts of wind, Ottway tries to galvanise his co-workers into action."

Stirring stuff, aimed to entice punters into the cinema to watch "The Grey";  what a combination! Wild animals intent on human kill...and Liam Neeson. We fool ourselves sometimes that we have progressed beyond the Grimm Brothers but it seems the Big Bad Wolf is still an easy target. This misnomer can hopefully be counteracted with education and responsible wildlife filming/tourism.


Our philosophy here at Wild Wolf Experience is that we aim to observe and study animals in the wild and try to learn about them respecting their own parameters. Our sightings may not always be the closest or the longest therefore, but they are truly thrilling when the hours of responsible tracking and waiting come to fruition, and for John and me it is made even more thrilling when we can show and share these moments with you too.

We have just returned from the Sierra de la Culebra where John and I spent our time walking new routes, discovering  new viewpoints and gleaning information to further ensure that you as our clients get the best chance of success during your time in the area. It was not all rushing around and research of course...much of this has to be taken by necessity over a cerveza or cafe con leche! The atmosphere in the local bar was electric during the recent Spain/Italy football match and  we are to be there again in time for the final on July 1st.  It seems highly unlikely to be a match  between Spain and England, and that is probably for the best in our case.


This was not specifically a wildlife watching tour so I was relieved not to be constantly writing the trip report, but habits die hard, so I did list the species seen  (including Wolf!) and these are at the end of this newsletter.  We missed seeing two wolves by ten minutes on the first night of our arrival but gained a view of a single Wolf walking then loping across the heather at a later date on a clear, beautiful evening at La Piste, where there have been several reliable sightings reported.

It is a busy summer ahead  and John and I are looking forward to sharing our  wildlife experiences with all of you via this blog, or even better on one of our tours.


Even Liam Neeson is invited!

Species spotted during our visit were:- 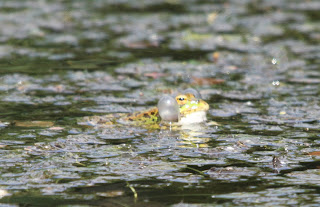 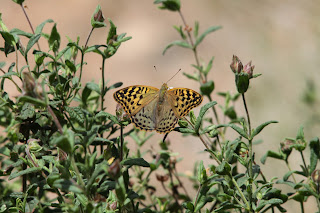 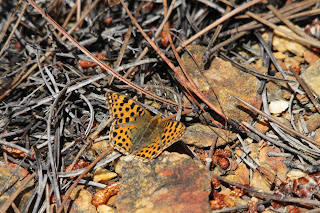 Posted by Wild Wolf Experience at 05:40