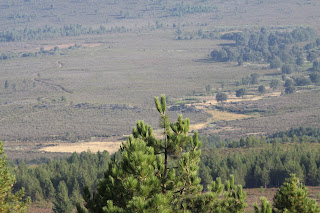 Hello to you all,

And a belated Happy New Year to those I haven't seen personally this month.  2012 has started well for Wild Wolf Experience with another successful wolf trip;  This time it was purely a holiday for John and me.  We enjoyed visiting old friends and, as ever, meeting new people such as wolf enthusiast Javier Talegon who studies wolves in Castille y Leon and who was spending the weekend at San Pedro. We enjoyed the company of Javier and the other members of his group who were there to watch for, and learn about, the Iberian Wolf.

This winter we have learned of two wolves which have been shot;  a practice which still exists in this province. One of the aims of Wild Wolf Experience is to inform more people of the existence of wild wolves in Spain, as we have found that many people in Britain and other parts of Europe have very little idea that wolves even exist on the list of fauna in Spain.  By bringing wildlife tourists into the area and consequently bringing in a revenue to this remote part of the peninsula, it may result in fanning the passion that is already there amongst the local population to value this iconic, top-of-the-chain predator in their midst.

Besides the two wolves that have been lost to trophy hunting, while we were in the Sierra de la Culebra we were shown  the tail of a wolf which had been tragically hit by a car. (More in the trip report)  Although this area has relatively little road traffic, there are still several wolf fatalities every year on the roads.

In the years we have been visiting the area we have also noted several instances of wolves succumbing to illegal poaching snares.  We applaud the vigilance of local police and forest rangers in their work to eradicate this heinous activity.

John's on the telly!!Ok, so it IS French TV...and it IS at 04:00am...but nonetheless we found the work of the television crew extremely interesting, whilst they have used some of John's videos as footage for their programme. The 2 man crew also interviewed John during one of our wolfwatches at Villardeciervos and this too should be shown. I don't think he's necessarily too worried about celebrity status yet however.  Having checked the TF1 schedules it seems most likely to be relayed on a Wednesday and only watched by insomniacs, I suspect. 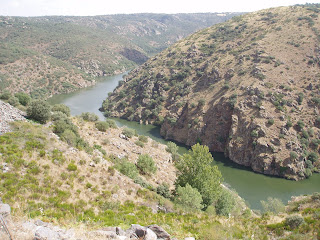 If you find an opportunity to flick through the February edition of "Bird Watching" magazine, it features a 'Portugal Special' which contains an excellent article by Steve Newman highlighting what he calls the "top end of Portugal" namely the Douro valley.  As you will recognise from our reports, we visit the Douro Gorge regularly and I'm sure some of you will recall some fairly close raptor encounters there! A stunning location.

So I hope this newsletter tempts you to read our latest trip report and we welcome your comments.  John and I are excited about several of the groups we will be meeting on tour this year and as you know we do our utmost to make every trip memorable.  We always enjoy sharing the Sierras with you,  whether that be via our blog or in person 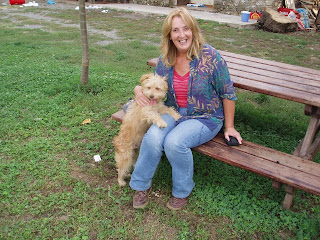 Posted by Wild Wolf Experience at 09:02