The month started very well with 2 wolves on 1st May on the first evening watch of Richard and Winnie's wolf part of their combined wolf/bear tour. In diminishing dusk light on May 1st near the end of the evening's wolf watch, John saw two wolves on the distant hillside and managed to get one in the scope as it moved along the track to go off into the neighbouring field. This sighting set the tone for Richard and Winnie's tour as superb sightings of both target species and more besides were enjoyed generally in very good weather for visibility and tracking.


Richard and Winnie's journey to the Sierra de la Culebra from Asturias airport had already offered up two species of eagle, two species of kite, Montague's harrier, kestrel, buzzard, white stork and red-rumped swallow en route. During the wolf watches  this first week of May there were plenty of  opportunities to view red and roe deer, red fox and the birds were displaying throughout. 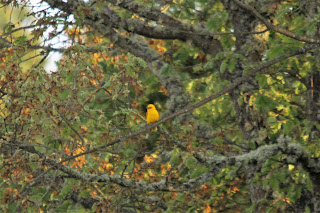 Winnie saw her first nightingale this week, during a walk around the lake at Cional, thanks to John's skill in locating such a secretive bird. Time spent tracking garnered good tracks which included wolf, red fox, otter, badger, wild boar. During a walk everyone was delighted to see an Iberian hare running along the track ahead of them, again near Cional. The Iberian frogs were vocal as well as visible and the Iberian wall lizards could be seen on several occasions. Blue rock thrush was seen during a lovely visit to the Rio Esla.

Then on 5th May it was time for John to travel up to Asturias with Richard and Winnie for the bear part of their very successful combined tour, and this was immediately followed by a bear tour with Steve and Karen and then another one with Eddie and Tina who were to sample our Browsing for Bears tour this year after enjoying Watching for Wolves tours for the previous two years. For ease of reporting I shall put the result of all these three tours together; all three were very successful in their wildlife views and experiences.


As Steve and Karen were scanning during a bear watch, John noticed a change in the behaviour of the herd of chamois which had previously been grazing on the mountainside.  Scanning to the left of them, he could hardly believe his eyes, and Steve and Karen could hardly believe their ears, when he whispered "Wolf!" and all three of them could watch the lone wolf as it stalked the chamois until they hurtled downhill leaving the wolf to climb up the mountainside and over the rocky summit.  This is such a special sight as wolves in Asturias are notoriously difficult to find!

Steve and Karen appreciated this wolf sighting and then later in the tour they were lucky again when during a walk they were able to see a golden striped salamander, once again not on your everyday list of creatures to be seen here. 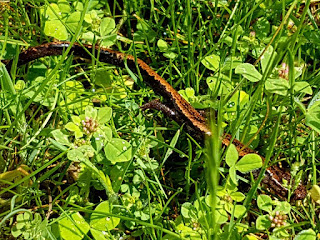 This short-legged species is endemic to North-west Spain and northern Portugal and is predominantly crepuscular or indeed nocturnal so this was a rare sight indeed.  For food, it captures small arthopods with its sticky tongue and requires a good supply of these plus very unpolluted water to ensure survival.

For Richard and Winnie, a special wildlife moment was their excellent view of a pine marten as it ran across the road in front of them on 7th May. This was one day after some tremendous views of wild boar family parties with John capturing excellent video of the young wild boar piglets suckling as the mother grazes. John was able to catch this view on the video shown above.


Bear sightings in this early part of May were incredible as you will see from the attached videos which John was able to take during the tours. In the above video we have a huge male bear sniffing the air and the ground in his spring search for a female.


And here in the above video is indeed a female in the same area whose main priority is of course to protect her cub from the predatory male bear. Wonderful wildlife filming here from John!


In the video above, taken during Eddie and Tina's tour, look out for the chamois which appears at the end of the filming, incredibly close to the large male bear! Eddie and Tina were very pleased to get such good views of a peregrine and three young, which are featured on John's video below. 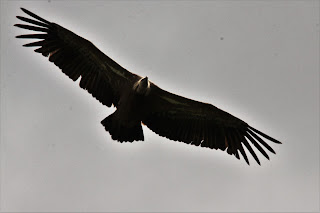 Back in the Sierra de la Culebra later in May a visitor was creating much interest. John saw a red-footed falcon on 26th May as we were driving along to San Vitero. A first for us in this area which always brings up new exciting sightings and experiences. And the sightings continued successfully from the very first day of the month to the very last with John watching Iberian hare, red deer, roe deer, red fox and a pine marten very close by during his final watch of May on 31st. A fulfilling and exciting month packed from the very first to the very last!
Posted by Wild Wolf Experience at 10:03 No comments: